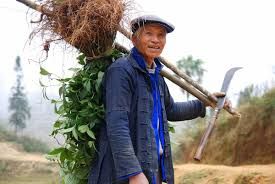 With smaller holdings China does better

China doesn’t subsidise, but has done a lot better by investing in agri infrastructure.

Politicians love to swear by the poor farmer. That explains why the Congress (I) – the ruling party at the Centre – has opted to squander away money through loan melas, loan write-offs and even agricultural doles through its pet scheme, Mahatma Gandhi National Rural
Employment Guarantee Act (MNREGA).

One would have thought that with such schemes and largesse, the Indian farmer should be
doing extremely well. The politically connected rich agriculturists may be well-off, either by
merit or by diversion of funds. But the small agriculturist has been left holding the can. Literally. A simple comparison between India and China in respect of agricultural performance highlights this quite sharply. At first blush, it looks as if India has the upper hand. It has more arable land, much more water and bigger average agricultural land holdings than what China has.

And, most importantly, it has a higher proportion of income from allied agri-sectors. While the share of agriculture in China’s GDP is just 10% – hence lower than the 14% share of GDP enjoyed by India’s agriculture – it masks the value.

Why? After all, doesn’t India have more farm mechanisation than China, and bigger average land holdings? One reason could be China’s reluctance to provide subsidies to its farmers for electricity or fertilisers because the government there believes that on the whole, subsidies are against market reforms. They distort the market and reduce resource efficiency (Dr S. Vijaykumar, independent analyst, http://vijaysvision.blogspot.in/2012/06/comparativestudy-of-agriculture-in.html).

Instead, China focuses on investment in agriculture and infrastructure. It knows that agricultural produce must reach the market through roads, trains, cold chain systems and food processing industries.

As economists never tire of pointing out, China’s agriculture thus enjoys a 30 times greater value addition than India’s produce. By using its money in such investments, rather than on subsidies, it has made its agriculture – and hence its farmers – a lot more vibrant than India has.

http://www.dnaindia.com/money/report-china-india-steeling-up-the-marketplace-1400885 Steel: China ups production; India ups consumption There’s a whirlwind of confusion within the Indian steel industry.  On the one hand, there is euphoria —...