Home Japan Arbitration and the need to protect investments 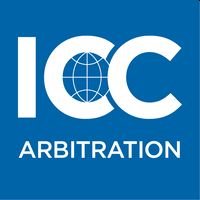 Protect investments and arbitration; else the economic pain will worsen

The recent reckless remarks against Amazon’s Jeff Bezos’s investment announcements have upset the global financial community.  The government’s subsequent claim that the remarks were taken out of context too has not assuaged frayed tempers.

Investor groups point to the mounting evidence that India has not protected global investments — despite rulings by international arbitration tribunals (http://www.asiaconverge.com/2016/08/arbitration-awards-india-shaken/)

Matters came to a head in December 2011. That was when the government’s constant attempts to block arbitral awards led the Supreme Court to form a Constitution Bench to examine this issue (http://www.asiaconverge.com/wp-content/uploads/2016/08/arbitration-2011-12-16_SC-notice.pdf).

In September 2012, the Constitution Bench ruled (http://www.asiaconverge.com/wp-content/uploads/2016/08/arbitration-2012-09-06_SC-5-member-bench-bharat.pdf) that arbitral awards given by arbitration tribunals from seats outside India could not be reopened by Indian Courts. That hurt the government, because it remains the biggest litigant in India (http://www.asiaconverge.com/2019/10/good-governance-must-begin-with-the-government/).

Meanwhile, in 2014, the government decided to revise its Bilateral Investment Treaty (BIT), and introduce a model BIT which forsakes the right to international arbitration, till all existing legal avenues in India are exhausted.  Such a condition was absurd.  Of the 56 BITs cancelled, only two countries – Cambodia and Belarus – agreed to sign such a treaty (India has hardly any business with these two countries). Even a couple of modified BITs did not lend confidence to investors.  Currently, only 14 BITs are still in force.  Some of them – like those with Japan and Korea are bilateral agreements which have not yet been made public.  Nishith Desai Associates, a law firm points to the constantly changing scenario in investment laws (http://www.nishithdesai.com/information/news-storage/news-details/newsid/5854/html/1.html).

As an ruling party document itself points out (http://www.asiaconverge.com/2019/05/effective-dispute-resolution-needed-for-increase-in-fd/), “Today, India stands as a Respondent in more than fifteen cases involving investment treaties”  – the highest number of cases against a host State till date.

Most chambers of commerce believe that unless India can treat foreign investments with respect, and offer acceptable ways to protect such investors, future equity flows into India will slow down (they already have).

That is where the statements against Bezos were most unwise.  Especially at a time when India desperately needs foreign investments

https://www.dnaindia.com/analysis/column-policy-watch-can-modi-and-xi-reshape-eurasia-2082715   R N Bhaskar 4 May 2015 Within a fortnight, Prime Minister Modi will embark on his visit to China.  Most analysts expect this visit to be...