Ask any veteran who has studied the history of ocean trade in India, and he will tell you that traditionally India has always suffered from sea ­blindness sickness.

In the past, it was possibly because the sea represented a boundary than Hindus shouldn’t dare to cross. As and when they did, and that included people like Balasaheb Ambedkar and Mohandas K Gandhi, they were compelled to undergo a purification ceremony – shuddhikaran – on their return. It was a ritual meant to wash away the contamination the body and soul might have picked up in lands across the oceans.

Even when the Hindu god Rama sought to chase Ravana to wrest back Sita, he was stumped when he reached the ocean separating India and ‘Lanka’. In the Greek myths, Odysseus would have commanded his army to build boats. But Lord Rama first chose to plead with the ocean gods to make the seas part. When that did not work, he chose to build a bridge with stones instead.

It was possibly this awe of the sea that resulted, almost coincidentally, into a virtual absence of any form of navy for most Indian kingdoms. Yes, there were trading boats that constantly travelled from India to the African continent and even to China. But there was virtually no navy to speak of, except for a couple of forays by Chola kings, several centuries ago, to send an army in boats to protect Hindus in a territory that is today known as Indonesia. And yes, there were pirate boats –Shivaji, the Maratha king, had to work out a deal with at least one such pirate group. But the concept of a navy was virtually non-­existent.

But this lurking fear of the oceans disappeared once India was confronted with armies and naval flotillas – belonging to the British, French, Dutch and the Portuguese – that sought to colonise the country. For perhaps the first time, India was made aware of the need to have a navy, and the urgent necessity to strengthen its maritime fleet.

But beyond defence, India’s policymakers do not appear to have fully comprehended the significance of the vast coastline India has. One reason for this could have been that most Prime Ministers who steered India’s destiny for the past seven decades were mostly from landlocked regions. They probably did not really appreciate the wealth of opportunities the vast coastline could could bring to India. How else does one explain the existence of a law for fishing boats, and a law for ships, but no other laws in between. There are no laws for marinas, for leisure boats and for casual sailing.

All this could change with Prime Minister Modi taking charge at the helm of affairs. This was evident from his government’s announcement, in July 2014, that India would soon develop 16 new ports in addition to the ones in existence. And there is immense anticipation that a slew of policies could get announced shortly that could open up many business (and military) opportunities along the coastline for India. But more on that later.

There are compelling reasons to justify the building of many more ports in India. The table alongside explains why.

Watch how the ratio of export-­import volumes has grown in India. Since most of these transactions are done through ships, it is best to assume (only for purposes of convenience) that the ratios reflect export-­import trade through Indian ports. This ratio used to be just under 13% during the 1970s and did not change much till the end of 1990.

Thanks to economic liberalisation, the ratio of export-­import trade as a percentage to India’s GDP began trotting ahead, and closed the decade at almost 20%. This trot became a gallop from the turn of the century. By 2013, it stood at 40.73%. With over a three­fold increase in trade, the demand for more ports should have been expected.

There is another reason for believing that the number of ports will increase dramatically over the next decade or two. This is because everyone is becoming increasingly aware of the cost advantages water transport has over land transport. As a previous article on these pages put it, long­-distance sea ­transport consumes only 0.12 mega Joules per tonne per km, compared to 0.3 for coastal transport, which in turn is half the cost involved in rail transport (0.6 mega Joules), and certainly significantly cheaper than road transport (1.2 mega Joules).

It is only a matter of time before India’s policymakers will have to craft out policies that encourage coastal transport (including other forms of inland water transport) and thus reduce the cost of transportation.

Expect more policies to get announced in the coming years which are aimed at further increasing the number of ports in India and also providing incentives for carrying goods by sea.

Will this hurt the trucking industry? Not really. More trucks will now be deployed on port­link-roads to take cargo to the hinterland, and less for long haul purposes. Moreover, the increase in the number of ports will automatically result in more jobs being created both in the shipping industry as well as for manning operations at ports.

Add to all this other plans the government has and you can easily expect India’s coastline to become a beehive of activity within the coming two decades.

The author is consulting editor, DNA 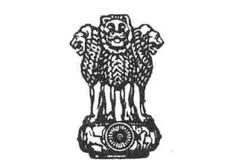 http://www.freepressjournal.in/analysis/good-listening-for-good-governance-r-n-bhaskar/969318 Policy watch Good listening is imperative for good governance Rn bhaskar The present government won a huge mandate from the people of India. One reason was that...