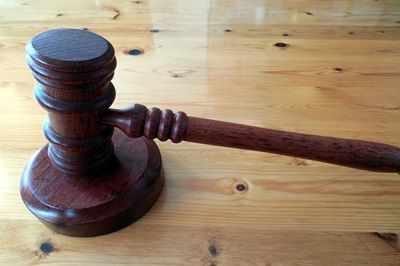 This is a true story about a couple in Singapore, where the wife is an entrepreneur. Each year, just before festival time, she asks her extended family in India to send to her samples of the most exotic things that shops have begun to sell here. Along with those, they also send her the relevant price and expected delivery schedule.

Armed with both, and after adding the relevant margins for profit, transportation, damages and rejects, she goes to the major superstores in Singapore frequented by the large Indian population there. Like diasporas anywhere in the world, an expatriate population likes to celebrate cultural events with a greater gusto than at home. There is a huge market for such ‘novelties’ in Singapore as well. The owners of superstores place their orders and pay her some advance money, sign the required contracts, and she promptly places orders – back-to-back – for those volumes with India. Each festival leaves her with a bit of profit.

Around ten years ago, one super store owner refused to pay up the rest of the money. His argument: she had provided the same goods to other Singapore stores at lower prices than those he was asked to pay. She tried to reason with him by telling that the prices were agreed upon; that prices change depending on quality, timing and even volume. The store-owner, one of the largest in Singapore, refused to listen. She was upset but knowing how she needed the store owner to remain a customer, she kept quiet. However, things changed a few months later when the couple had an argument over something and the husband taunted her to go and fight with the store owner than with him.

Incensed, the wife wrote a letter to the Singapore authorities complaining about how she had been ‘short-changed’ and was shocked when she received a court summons a few days later, with all relevant documents. No, a lawyer was not needed.She went to the court and was shocked to find the store owner also there who glowered at her. The court clerk perused the documents, went through the summary statement, made a few notes, and sent the compilation to the judge.At the appointed time, both the store owner and the woman were asked to appear before the judge who wasted little time and peered through the documents and merely asked the store owner, “Do you have a contract?” “Yes, but. . .” was the response. Before he could proceed, the judge said, “Don’t argue.  Do you have a contract?” “Yes”, said the store owner.

“Is there any clause that prevents you from paying?” When the reply was in negative, the judge merely said, “You are in breach of the law.” He asked the storekeeper to sit with the clerk and work out the payment schedule and ensure that all money gets paid within three months, along with the interest rate specified by the clerk for the delay caused till now. A penalty for violating contracts was also imposed. Case over. The hearing was over in 15 minutes and within 10 days of the complaint being filed.The woman thanked the judge and was about to leave, when she was called back. The judge looked at her. He remarked that according to the documents with him, the non-payment occurred several months ago. Why had she not complained earlier?  She mumbled an apology.

The judge looked at her sternly and said, “This time, you are forgiven. Next time you too will be fined for troubling the courts. If there is a problem, complain immediately. Do you think evidence can stay alive for a few months?”

This story is one of the reasons why Singapore has moved ahead, faster than India. The bedrock of commercial and civilian prosperity is speedier justice. It depends on the realisation that evidence cannot survive for months, let alone years. The longer the delay, it allows the powerful to destroy evidence, and even create new and false evidence. Many high profile cases go on for 20 years, even more.

It is up to the courts and the legislature to restore the relevance of this adage.