Home Japan Know why India and Japan are making waves?

Last week, Japan’s prime minister, Shinzo Abe, made his second trip to India during the Modi government’s tenure. On this occasion, Prime Minister Narendra Modi remarked how incredulous most people had been when they were told that (in Sept 2014) Japan would invest $35 billion in five years. “The figure had surprised many at that time, but today, within a short time span, unimaginable progress has been made, and the contours of investment are visible on the ground.”

He had reason to be pleased.  Japan may turn out to be India’s biggest investor in this decade.  It could also hold the key to Modi’s own plans for both “Make in India” and his electoral strategies. Without major investments in infrastructure, India’s hopes of creating 12 million jobs each year might not materialise. And if jobs don’t get created, Modi’s plans for winning elections for a second term in office may get stumped.

For Japan, there is the satisfaction of consolidating its position in a rapidly growing economy. In fact, India could become its veritable lynchpin for its own economic success during the next few decades or more.  With an ageing population, and a declining market in much of the developed world, India is crucial for Japan.  This is where it hopes to shift much of its industrial base. It could have done this in China, but xenophobic hatred against the Japanese ruled out this option. Other south-east Asian countries are too small for Japan. Therefore, India matters. Critically. Both had cause for smiles.

The biggest prize was the award of the Shinkansen- a network of high-speed railway lines in Japan. But a lot more was in the offing.

Together, the projects discussed could involve huge financial support from Japan (both by way of equity and soft loans) to the tune of over 5 trillion yen (this number could go up further). That would be over a sixth of Japan’s own target of 30 trillion yen of infrastructure exports by 2020. Cumulatively, these deals could alter the picture for India’s infrastructure in much the same way that Maruti Suzuki did for the automobile sector since the 1980s.

Then there is the crucial MoU on civil nuclear cooperation, the deal on transfer of defence equipment and technology, and cooperation in the energy sector between NITI Aayog and the Institute of Energy Economics, Japan.

Modi and Abe signed agreements to use Japan’s assistance to build roads and bridges, most strategically in the Northeast, where India sees an urgent need to bolster both infrastructure and economic growth. Road development alone may involve soft loans with a credit target of Rs 2 lakh crore. India aims to increase the length of its highways by an additional 50,000 km in the next five years, from 96,000 km now. The total requirement of funds could cross Rs.5 lakh crore.

Japan has agreed to finance India’s metros – both ongoing and planned – and the much delayed Mumbai Trans Harbour Link connecting Panvel and Sewri. The entire financing is likely to be done through a financing entity in which JBIC (Japan Bank for International Cooperation) could have a 50% equity stake with the rest taken up by Indian entities. It is believed that this entity will give loans at a rate of 0.5% interest – through the famed Japanese Official Development Assistance (ODA) route  –  to be repaid over a period of 30-40 years. Details have, however, to be finalised (see chart).

Then there is the deal to help India build 11 industrial townships (though the Delhi-Mumbai Industrial Corridor or DMIC alone envisaged 24 townships eventually). It recently signed an agreement to help fund construction of the new Andhra Pradesh, capital of Amravati.

Japan has been one of the biggest funders of India’s infrastructure. JBIC holds equity in the Delhi-Mumbai Industrial Corridor project. The Japan International Cooperation Agency (JICA) funded the Delhi Metro Rail Corp. project and is also providing loans for the Chennai, Mumbai and Bangalore metros as well.

Crucially, both countries have agreed to work together on skill development initiatives which include 10,000 young Indian talents visiting Japan under such frameworks as students exchange, IT training and short term exchanges, and hoped that it will provide solid bonds for the future relations of both countries. Then there are agreements on security cooperation. They relate to Security Measures for the Protection of Classified Military Information (signed in December 2015), transfer of Defence Equipment and Technology.

On the investments front, both countries will seek wider cooperation on financial issues such as financial markets, banking, insurance and financial regulations.

With the Mumbai-Ahmedabad Shinkansen project in its pocket, its focus will now shift to other mega projects – notably the 2,200 km Chennai-Delhi and the 1,200 km Mumbai Delhi railway projects where China and Japan are the key contenders. Irrespective of who wins the subsequent orders, there is no denying that the Modi-Abe summit of December 2015 should actually accelerate India’s transformation. 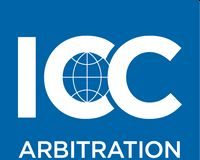