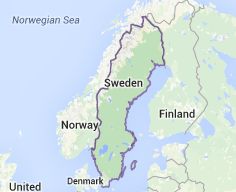 It can also be found at http://www.firstpost.com/india/the-deonar-fire-why-cant-mumbai-be-smarter-and-manage-its-waste-like-the-swedes-do-2689738.html

Mumbai’s municipal commissioner, Ajoy Mehta, is right. He does not want municipal solid waste (MSW) landfills in this city any more (http://www.freepressjournal.in/civic-chief-to-avoid-replay-of-deonar-fire/773118). He wants to introduce waste management and disposal instead. Such a decision was long overdue. All one had to do was to look at what Sweden has been doing since the turn of this century.

Hopefully the ban imposed by the High Court on any further real estate construction in Mumbai will prod the city’s corporators into looking at such solutions. The court decreed just last fortnight that till Mumbai’s administrators found a solution to MSW dumping in landfills, no new real-estate construction would be allowed — except for slum redevelopment and affordable housing. Since much of Mumbai’s sleaze money is related to real-estate development, it is possible that the court judgement will compel the state’s legislators to finally find a solution to proper management of waste.

Not that the decision involves any rocket science. In fact, Sweden banned landfills at the turn of this century (http://asiaconverge.com/2014/08/lessons-we-can-learn-from-sweden-in-waste-management/). Today, almost all its waste is converted into energy (see chart). Mumbai could do much better, since this city alone produces much more waste than Sweden does. Of the 127,486 tonnes of waste generated daily in India in 2011-12, Mumbai accounted for 6.11 %. It is possible that Mumbai’s MSW is understated. This is because, normally, each city resident produces about 600-650 grammes of waste daily. Mumbai’s waste figures are only half this number.

Today, Sweden, with good management, proper civic-sense, education and planned management has converted waste-management-and-disposal is a very profitable business. Almost all waste generates either heat or methane which is used for cooking (PNG or LPG) and for transportation (CNG). Look at what Tekniska Verken group in Sweden does. By handling almost one-third the quantum of Mumbai’s MSW, Tekniska Verken generates a profit of 56 million Euros annually. Mumbai could generate a lot more.

So successful has Tekniska Verken (and other companies like it) been at its job that, today, Sweden even imports waste from countries like Norway and the UK to feed its waste management plants. Mumbai could do this for other nearby cities and states. In fact, waste management — the Swedish way — could leave Mumbai healthier, more beautiful and even more profitable.

So why hasn’t Mumbai done this already? This is because there are three lobbies at work to sabotage such proposals. Each of these is akin to a mafia.

First comes the group that controls the large number of dumpers and garbage movement vehicles. They skim money from the Municipal Corporation of Greater Mumbai (MCGM) each day

Then come the caretakers of the dumping grounds, which carefully monitor the waste ragpickers take away from the garbage piled there. They collect a share of the pickings on a daily basis.

But the third is even more rapacious and extremely well-connected with some of the most powerful decision-makers in the city. This is the land mafia. It persuades the MCGM to reserve huge tracts as dumping grounds. The land is thus ‘owned’ by this mafia for decades, after which it is sold off, discreetly, to a real estate developer. The MCGM then allows the land for development (at a price of course) and a new structure comes up atop this accumulated garbage (this is what happened to the landfills in one of the suburbs of West Mumbai). The hapless occupants of such lands often complain of nausea, headaches, and other ailments, often forgetting that the fumes from the garbage under the land could the primary cause for their ailments.

These three lobbies do not want modern systems for evacuation of garbage to be put into place. For instance, a Swedish company called Envac has become one of the largest waste-movement players in the world. It minimises the use of trucks, and uses well-designed systems to move garbage from houses to a common dumping area, which in turn is sent through chutes and pipes to even larger dumping areas till it reaches the waste management centre. There it is either converted into energy, or churned out as organic manure, or incinerated (yet capturing the heat for residential or industrial purposes).

Mumbai could earn additional sums of money if in addition to MSW, it also takes toilet sewage to a common pit where it is first desulfonated (to remove the stench) and then converted into methane (http://asiaconverge.com/2014/11/waste-management-big-shitbig-money/). The residual sludge can be treated for contaminants, then dried and pelletised and sold as organic manure.

And Sweden is not the only solution. Some years ago, a Japanese consortium had made a similar proposal to the municipal corporation of Bengaluru (http://asiaconverge.com/2014/08/659/) offering to handle the entire waste of that city at zero cost to the municipality. All it wanted was land for the waste management plant, and a 30-year concession for this work. It would bring in the trucks, the waste disposal solutions and the technology. The proposal was shelved because of the three lobbies (described above). Vested interests began asking the courts to intervene and stopped any such proposal from being examined or implemented.

Hopefully, with both the MCGM municipal commissioner and the Bombay High Court seeking a similar solution, there is hope. There is a good chance that this city will be able to introduce waste management systems sooner than Bengaluru could.