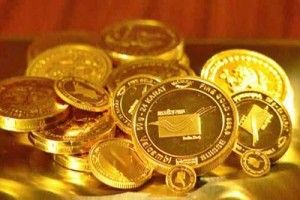 During the last two months, the gold trade has been agitated enough to go on strike and down shutters on at least two occasions. It has been protesting against the government’s newly introduced policies relating to this trade.

The first strike was to protest against the rule that PAN card details must be given when purchasing gold or gold ornaments. PAN is the acronym for Permanent Account Number that each income earning person is required to have, irrespective of whether he or she is required to pay tax or not. The trade wanted the disclosure of PAN details to be made optional. This author has been against any such move (http://www.freepressjournal.in/gold-trade-when-cats-begin-chanting-hymns-rn-bhaskar/783251). Despite the agitation, the rule for disclosing PAN details remains in force.

The second time the trade downed shutters to protest against levy of a 1% excise duty on gold jewellery, for firms that have a turnover of over Rs. 12 crore for the first year and over Rs.6 crore from the second year onward. The trade is against this because of perceived grievances. Both agitations are unfair. But they do raise some issues that need to be looked into. The government has hitherto exercised its right to levy taxes. But this right must be dovetailed with the obligation to also protect taxpayers. The right to tax must accompany the obligation to protect. The finance ministry often ignores this cardinal rule.

One way to prevent this is by the finance ministry following procedures that every bank and credit card company adopt – sending sms and email alerts to each customer — each time his or her PAN card details are used. At the same time, just as the tax authorities do with tax deducted as source (TDS), each tax payer must be allowed to access a web-page listing all the transactions registered against his PAN card. .

If there is a mismatch, the customer can at least record his protest, and document any such misuse. Remedying this misuse is something the tax department will then have to put in place. The same measure must be adopted even for Aadhar cards.

This is because horror stories abound about how PAN and Aadhar cards are being misused by agents peddling credit cards and mobile phone connections. Such misuse and malpractice could even extend to gold purchases. Real time alerts, and web registers, can thus become the first steps the finance ministry needs to put in place before such documentation is demanded from shops and establishments. They will help minimize fears of fraudulent practices.

The gold trade is also sore about the levy of excise duty. But discussio0ns with knowledgeable sources suggest that many of the fears being aired are misplaced.

First, the finance ministry has already clarified that excise inspectors will not have to visit the shops of goldsmiths. Hence allegations of the government introducing an inspector raj are quite unfounded.

Another allegation is that the discretionary power inspectors have to assess the value of jewellery could lead to many disputes. The gold trade has listed out some 21 stages involved in deciding what the value of a piece of jewellery ought to be (see chart). But this fear can be easily addressed. All that is required is to adopt one of two means. One would be to stick to the valuation given by the jeweller in his invoices/receipts. The other would be to take the metal value of the piece of jewellery and add in a presumptive value added of say 15%. Either of these two norms will make the levy of excise duty that much simpler, and hassle-free.

At best, the trade could ask the government to allow them to pay excise duty in the same way as they pay service tax – once in three months, rather than on a daily or weekly basis. There is no reason to believe that the government will not accede to such a demand.

But there is one more issue that the government needs to work on. It relates to hallmarking of jewellery which has now been made compulsory. Since each hallmarked jewellery item must have a unique code which indicates the quality (caratage) of gold/silver used and the jeweller’s code (http://www.bis.org.in/cert/hallbiscert.htm), all that is now needed is to give a unique serial number of the item of jewellery thus hallmarked. This list of unique serial numbers – along with the image and details of the relevant jewellery — could be put up on the webpage.

Thus the data of the jewellery item is made available to both the customer and the excise inspector. The former can use it to protect himself. This becomes relevant if a customer suspects that a jeweller has removed some gold at the time of polishing the ornament, or when a mortgaged ornament is redeemed.

Unfortunately, for too long, the jewellery trade in India has thrived by adopting practices that are anti-consumer and even anti-nation. For the first time, the government has brought in measures like hall marking and registration of PAN details that could begin the process of cleaning up the trade.

Such measures could usher in more transparency and more professionalism in the gold trade that employs over 3.5 million people. 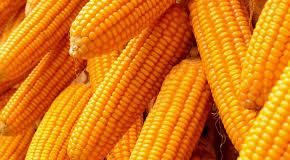