Home Analysis Why banks need to recognise NPA problem at the earliest to preserve... 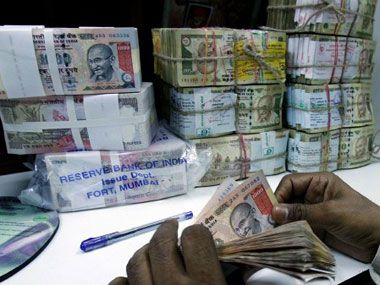 Banks and the NPA problem

S.S.Mundra, Deputy Governor of the Reserve Bank of India (RBI) put it quite succinctly when talking about the NPA problem confronting India. Quoting Harold Macmillan, he said, “To be alive at all involves some risk.” He went on to add another quote by David Green, stating “When I take a risk, I like it to be a calculated risk, meaning I make it as small as possible.” With that he began pointing out the causes for the ballooning of non-performing assets or NPAs in India, which today threatens to swamp many public sector banks. He was making these remarks at an FPJ-IMC Forum discussion on “NPAs – who took the money”.

One of the reasons, he explained was that while all banks focused on making profits, the risks that Indian banks took was not commensurate with their profits. Public sector banks (PSBs) took risks greater than their earning capacity. As a result when provisioning had to be done, PSBs took the brunt.

However, when it came to provisioning, PSBs saw this figure go up by 198% during the same period. True, the provisioning by private sector banks went up much more (227%). But the harm to PSBs was greater. In other words, contrary to public perception, PSBs saw a smaller increase in provisioning in percentage terms than private sector banks. However, as the profit earning capacity of PSBs was smaller, they ended up with huge losses of Rs 18,179 crore.

This could mean two things. That PSBs should focus on increasing their profitability. And they should learn to be a bit more careful in their loan appraisals.

The first would include defaulters who actually faced a genuine business risk – caused by external circumstances that could not be foreseen. These would have to be extended a helping hand, so that they could overcome these difficulties and return to health.

The second bucket would include promoters who have been imprudent. They often diverted money from projects to areas where they could earn a lot more, and when market conditions changed, were saddled with losses and were unable to service their debt obligations. In such cases the banks might have to take a call of whether the existing management would have to be
replaced. At times it may be prudent to allow the existing promoters to remain owners (as distinct from management) till the financial restructuring exercise was completed, and the required haircuts taken. Such measure could help such businesses to claw back to profitability.

Even while dealing with the classification of defaulters, the banks would have to continue with their clean-up exercise and improve their profits.

Mundra summed up his address by emphasizing the following:

Pretending that the problem does not exist does not lead to a solution. It is first necessary to take a hard look at the problem. An early recognition helps preserve the economic value of the assets. Delay could lead to corrosion in such values.

Eventually both bankers and borrowers need to share the blame. Both share a symbiotic relationship. Borrowers must ‘cooperate’ in their own long-term interest. Banks on their part would have to set in the right perspective their own risk appetite. They would have to improve their own credit approval standards, and instill a sound accountability framework.

He also stated that running away from project loans and focusing on retail loans might not be a good solution, because often the soundness of retail lending would depend on the soundness of the organisations employing them. Hence it was necessary to look at the entire lending scenario in a more holistic manner. In other words, a lot more attention had to be given to capital planning. 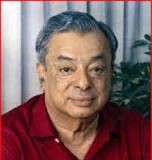