Home Policy Watch Where will the jobs come from? 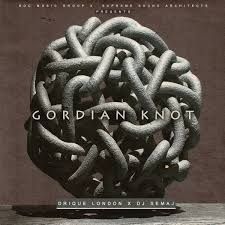 The Gordian Knot: Where will jobs come from?

The central government is believed to be getting the jitters. Unemployment rates have soared.  New jobs that were promised have not materialised. And even though there are great plans and expectations, few of these have fructified, because there is little money to implement them. Even ongoing investment commitments appear to have dried up. Consider last week. The government cleared investment proposals of seven (out of 19 projects) worth just Rs.100 crore. That makes it less than Rs. 15 crore per project on an average. In its last meeting the FIPB (Foreign Investments Promotion Board) cleared investments worth Rs.2,000crore.  Evidently, the pipeline is not as full as before. Part of the problem is the government itself. It has not been able to convince foreign investors that their investments will be protected.

Japan was slated to be India’s largest investment partner (http://asiaconverge.com/2015/11/what-indian-railways-could-learn-from-japan/). But it is said to be miffed about the government’s lackadaisical approach towards investment protection. As a result, its companies have almost frozen all incremental investments into Indo-Japanese projects in India – even the ones on which work had commenced. Work on the Dedicated Freight Corridor (DFC) has slowed down. Ditto with the DMIC (Delhi Mumbai Industrial Corridor), under which 24 smart cities were also to be set up. The Mumbai-Ahmedabad bullet train proposal is not being pushed very actively.

The Japanese are upset because the government has allowed Indian courts to stall payments to its companies which were awarded by arbitration courts overseas (http://www.asiaconverge.com/2016/08/arbitration-awards-india-shaken/).  . One of these cases relates to DoCoMo which is demanding payments from the Tata group. The group has been insisting that it is an RBI circular which forbids payment of pre-negotiated prices that is the reason behind the non-payment. This is something the government itself could have resolved easily. After all, the Bilateral Investment Treaty (BIT) is a treaty. It carries more weight than executive orders, which is what the RBI circular would be. Moreover, there is a Supreme Court judgement which seeks to protect arbitration awards when given by an international court (http://www.asiaconverge.com/wp-content/uploads/2016/08/arbitration-2012-09-06_SC-5-member-bench-bharat.pdf)..

As a result, many of the jobs that these projects could have created through Japan’s investments have not materialised. This is no way to encourage foreign investments.

The fact is that unemployment has become a big issue. Even though the government’s website does not give out these figures, media reports mentioned last month – quoting PTI – that early estimates (by the Labour Bureau’s employment-unemployment {E-U} survey) showed joblessness in India to be running at a five-year high of 5% (see table). Under-employment (people who held jobs for not more than 3 months a year) stood at 35%.

Since, India has a workforce of around 45 crore – comprising people of 15 years and older – it means that a whopping 2.3 crore persons were unemployed, and 15,75crore under-employed. Considering that each unemployed/underemployed person could have a family of 4, the above figures suggest that the disaffected population could be as high as 72 crore. This number could easily lead to electoral disaster (http://www.asiaconverge.com/2015/10/will-the-spectre-of-unemployment-disenchant-indias-electorate/). . The unemployment number could be much higher if data compiled by other sources are considered (see table). That is why the government desperately wants to increase spending on infrastructure. But, it will be hobbled with financial constraints.

Hopefully, the money from the sale of spectrum will help. So will money from the Income Declaration Scheme (IDS — http://www.asiaconverge.com/2016/10/is-the-black-money-collection-commendable/).  Maybe, some more money will come from disinvestment proceeds. But much more will be required. It will thus be necessary for the government to work out ways to get some of the (irregularly declared) farm income disclosed between 2011 and 2013.

And protection for investments by foreign players will be crucial. Any dilution of arbitration rules could prove counter-productive. That is why the government’s attempts at creating an arbitration centre in Mumbai may not be extremely helpful, unless respect for laws and speedy redressal without recourse to unending litigation are first addressed.

True some Indian companies will lose some battles through the arbitration route.  But then, some will win as well. The government recently won an arbitration battle with Reliance Industries over gas pricing according to media reports. So did GMR in its arbitration proceedings over the Maldives airport dispute. What matters is speedy decisions, investment protection, and the need to rein in knee-jerk executive orders.

So will the prime minister be able to cut the Gordian knot?

Demonetisation: The government gets richer, while people become poorer

http://www.freepressjournal.in/analysis/r-n-bhaskar-the-government-gets-richer-while-people-become-poorer/1004973 Demonetisation and the shrinking bank credit The finance minister is exultant. He proudly points to the surge in tax collections. He then uses these numbers...