Home Analysis Duties, taxes, corruption: How the government abets the smuggling of gold 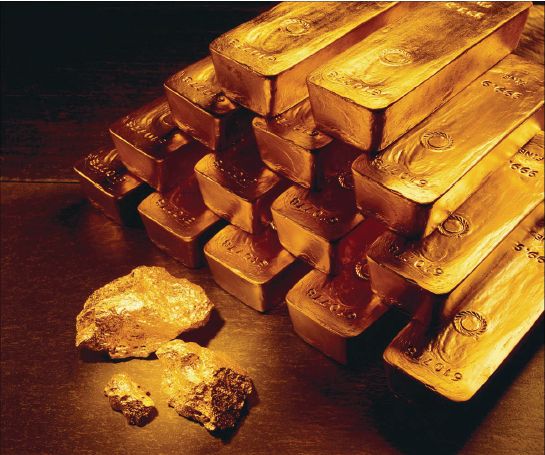 Part III can be found at http://www.asiaconverge.com/2017/07/can-the-govt-clean-up-the-gold-trade/

The government itself has abetted the smuggling of gold by changing its import duty structure for this yellow metal. Earlier, it used to be anywhere between Rs 100-250 per 10 gms. Today, it is 10 percent higher which translates into Rs 2,500 or more.

By now, almost every savvy person in the bullion markets is familiar with the saga of gold smuggling into India.

What is worse is that the government itself has abetted the smuggling of gold by changing its import duty structure for this yellow metal. Earlier, it used to be anywhere between Rs 100-250 per 10 gms. Today, it is 10 percent higher which translates into Rs 2,500 or more. At these rates the business of smuggling this yellow metal into India has become immensely lucrative.

The economics of this business is simple to understand. There is a cost involved in smuggling in gold. There is the cost of converting local money into foreign exchange (less than 1 percent for this trade) and the cost of transporting gold to India. Since this is a low-volume-high-value item, the cost of transportation is almost nil. Gold traders will tell you that the entire cost of smuggling gold into India is under 5 percent. This includes risk premiums, too, because one has to take into account some losses through accidents or seizures.

This is where a 10 percent import duty actually becomes an incentive to smugglers. They make huge amounts of money in this line of business.

Each year sees at least 100 tonnes of gold being smuggled into India (during the last four years, at least 280 tonnes were smuggled in; Read: Why India’s (part-illicit) love affair with gold will sizzle on. The actual numbers, say trade sources, could be a lot bigger). That gives the total quantum of smuggled in gold to be around Rs 25,000 multiplied by 1 lakh units of 10 g. The money involved is thus Rs 25,000 crore each year. A 5 percent profit on this volume translates into Rs 1,250 crore per annum at the very minimum.

Now the government has added a 3 percent GST on this gold. This brings up the domestic cost by 13 percent. Thus profit margins swell to Rs.2,000 crore per 10g. This is because the costs remain the same. Only the end price has changed. At a 13% markup, smugglers stand to make more profit than before. Smuggling was just not viable when duty rates were between Rs 100-250.

But smuggling is not the only problem. The biggest danger is that gold now begins to subsidise a clandestine import channel involving transporters, landing points, agents and compliant officials. The longer gold smuggling continues, the stronger this clandestine import channel becomes. Sooner or later this channel begins to be used for drugs. Or worse still, it can be used to smuggle in arms as well to aid terrorism.

That is why savvy governments try to ensure that no smuggling racket becomes so lucrative that it begins to undermine not just the currency, but also the security of a country.

The government’s standard defence is that its enforcement officials are ever vigilant and can cope with any situation. Really?

Just look at three instances which show how ineffective even a government machinery can become when dealing with a well-oiled, well-organised smuggling syndicate.

In a statement before the Lok Sabha on February 3, 2017 (in reply to the unstarred question no. 387), the government admitted this implicitly. It stated that the Income Tax Department conducted more than 1,100 searches, seizures and surveys and issued more than 5,100 notices, during the period November 9, 2016 to January 10, 2017, for verification of suspicious high-value cash deposits in old high denominations. These actions led to seizure of valuables of more than Rs 610 crore which includes cash of Rs 513 crore. The rest of the seized valuables are mainly in the form of gold, jewellary and silver. This means that unaccounted gold & jewellery was just Rs 97 crore! Remember the fanfare with which the government claimed that it would root out black money? Of the 100 tonnes of gold smuggled in each year, the total seizure accounted for just 0.003 percent! Look at the government’s own figures. In its reply to the Lok Sabha unstarred question No. 384 of February 3, 2017, the government stated (see table) that the total seizure of gold (and gold ornaments) accounted for just 7.1 tonnes during the latest three-year period (2013-14 to 2015-16). The biggest seizures were in Delhi, followed by Mumbai and Chennai. If local anecdotes are taken into account, many of these seizures, too, are the result of the smuggling syndicate pointing out small fry who try to make a quick buck. Moral: The smuggling syndicate, too, does not like competition! Each seizure is accompanied with a high-decibel media coverage. The impression created is that the customs has been doing an excellent job. But the smuggling syndicate has channels that seldom get broken, because the profit margins are obscenely high.

Even other data released by the government tell the same story. Take the information given out by the government about the country sources from which this gold came in (see table). The total seizures in this table are a bit higher than the one in the earlier table – at 9.3 tonnes. But even this figure is a fraction of the 100 tonnes collected each year. And do bear in mind that these are figures for cumulative collections over a three-year period.

But what is interesting from this table is that it is no longer the Middle East that is the source point of gold that is smuggled in. Countries like Singapore and Malaysia have also become active hubs. Nepal used to be a small-time source for gold. Now, it is big. Ditto with Bangladesh. Thailand is the country through which most jewellery gets imported clandestinely because the government there has encouraged jewellery making in ways that the Indian government hasn’t.

Then there are times when the government offers data about collections made by the Directorate of Revenue Intelligence (see reply to Lok Sabha unstarred query no +648 of November 18, 2016) which puts the seizure at 2.85 tonnes.

None of them come close to even 5 percent of the gold that is smuggled in each year.

When the profits from gold are enormous, the customs benefit in three ways. The few seizures they make allows officers to become eligible for a promotion. They even get rewards based on the amount of gold seized. But corrupt elements in the ranks – aided by a system that does not know how to prevent fraud – makes money using another method.

Consider the admission of the government that its own enforcement authorities had discovered ways to break into the gold vaults where the seized gold was kept. In order to prevent easy discovery of their theft, they replaced the stolen gold with counterfeit packages. Delhi saw the maximum corrosion of such practices. But Mumbai and Trichy had begun doing similar things as well. This does raise questions about accounting procedures. If the gold is part of the government’s reserves, should it not have been transferred to the Reserve Bank of India (RBI)? The fact is that gold that is seized is just an accounting entry – not finding reflection in either the revenue or the capital accounts of the government. Ideally, all seized gold should be auctioned off within three months’ of seizure.

(This is the second of a three-part series on gold. RN Bhaskar is a consulting editor at Moneycontrol)

Part III can be found at