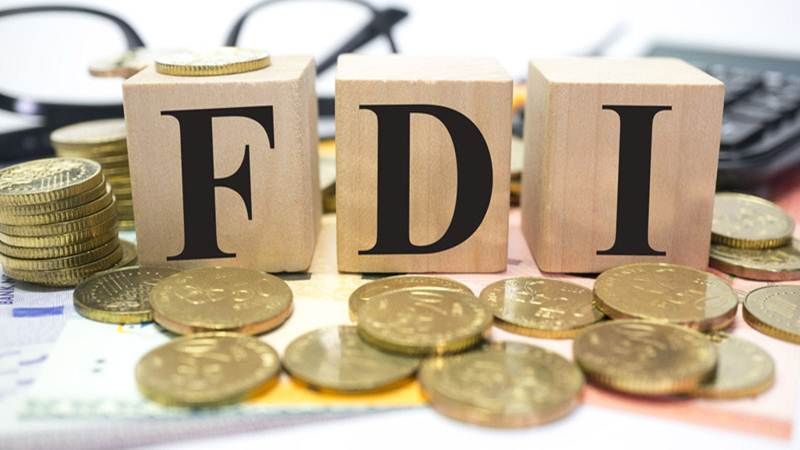 “FDI recovery continues to be on a bumpy road” said UNCTAD Secretary-General Mukhisa Kituyi. “While FDI in developing countries remained at a level similar to the previous year, more investment in sectors that can contribute to the Sustainable Development Goals is still badly needed. Promoting FDI for sustainable development remains a challenge.” While FDI to developed countries slumped by (minus) 27%, inflows into developing countries remained stable, at an estimated US$653 billion, 2% more than the previous year. Flows rose marginally in developing Asia and Latin America and the Caribbean, and remained flat in Africa. Developing Asia regained its position as the largest FDI recipient region in the world, followed by the European Union and North America.

So was FDI inflow growth petering out in India?  If one looks at the numbers, the answer is yes.  But if one listens to the stories and announcements by ministers, the answer is no.  So how does one explain the gap between the two?

One justification could be the analysis provided by UNCTAD’s Global Investment Trends Monitor. It showed that, after three years of growth, cross-border mergers and acquisitions declined in 2017. Their growth had already slowed in 2016, and they went on to contract by 23% in 2017, to US$666 billion. However, this still represented the third-highest level since 2007.

Normally, higher economic growth projections, trade volumes and commodity prices would point to a potential increase in global FDI in 2018. However, elevated geopolitical risks and policy uncertainty could have an impact on the scale and contours of any FDI recovery in 2018. In addition, tax reforms in the United States are likely to significantly affect investment decisions by US multinationals, with consequences for global investment patterns.

The other reason could be that somehow the government has not got its ministries to pursue and effect policies that could make India vibrant once again.  For instance, one sector that India should have focussed on is the rooftop solar sector which promises to generate over 83 million jobs within the next few years (http://www.asiaconverge.com/2017/10/solar-power-couldtrigger-employment-generation/).  Considering that India requires some 12 million jobs to be created each year in view of its ‘demographic dividend’, such a policy would create employment for several years. It would generate wealth, and reduce imports. Instead you have a bureaucracy which comes up with half-baked concept notes that could only spell the very death of this industry (http://www.asiaconverge.com/2017/12/sabotaging-rooftop-solar-and-employment-generation/).

The third problem is the government’s inability to work out sensible schemes for items like gold.  Current policies have only hardened smuggling channels.  Its unwillingness to allow loans against bullion and coins (http://www.asiaconverge.com/2018/01/gold-loans-slipping-grey-territory/) has pushed this market underground which in turn generates more black money.

The fourth problem is the government’s inability to win the confidence of foreign investors because of its reluctance to allow them to appeal against the government in international arbitration centres outside of India (http://www.asiaconverge.com/2018/01/asking-investments-good-can-india-guarantee-speedy-fair-grievance-redressal/).  This issue could actually end up hamming the wheels of commerce in the coming decade. It must be noted that in India the government remains a compulsive litigant, and the only way to get speedy redressal appears to be through arbitration outside India.

All these are issues that could easily be addressed if the government’s focus remains unwaveringly on business and pursues its goal of having a business friendly environment. But you cannot have a business friendly environment if you cannot offer speedy redressal of commercial disputes.  And cumbersome compliance issues have only compelled those foreign investors who still had the daring to come to India to remain unlisted.  As the RBI’s Census on Foreign Liabilities and Assets of Indian Direct Investment Companies 2016-17 released on January 19, 2018 shows (https://rbi.org.in/scripts/PublicationsView.aspx?Id=18088), 96% of the 17,020 responding companies preferred to remain unlisted in March 2017 and most of them had received only inward FDI. Obviously, unlisted companies had higher share of FDI equity capital vis-à-vis listed companies. That does not bode well for the domestic capital markets or their regulators.

Another worrisome detail is that Mauritius has bounced back to become the largest source for FDI inflows (see table).  Clearly investing companies have begun to opt for Mauritius over Singapore.  Does it have something to do with the quality of money that is coming into India?

India needs to get its priorities right.  While the budget may look to boosting investment in agriculture, there is no denying that foreign capital will be sorely needed – in infrastructure and food processing. The government must get back to its original promise of more governance and less government.

Demonetisation: The government gets richer, while people become poorer

http://www.freepressjournal.in/analysis/r-n-bhaskar-the-government-gets-richer-while-people-become-poorer/1004973 Demonetisation and the shrinking bank credit The finance minister is exultant. He proudly points to the surge in tax collections. He then uses these numbers...