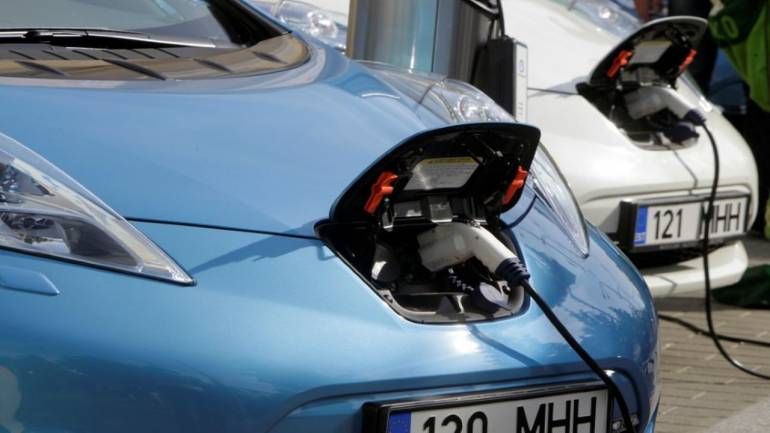 The push for electric mobility charging stations will first be rolled out in cities with a population of greater than 4 million. The rollout means that after much waiting and uncertainty, India will finally have public electric charging stations.

It announced (https://auto.ndtv.com/news/electric-car-charging-infrastructure-and-guidelines-announced-by-government-1963885) a policy for the rollout of electric vehicle charging infrastructure.

In an official document (https://powermin.nic.in/sites/default/files/webform/notices/scan0016%20%281%29.pdf) that was sent out by the Ministry Of Power on December 14, 2018, the government has outlined its plan to support the expansion of electric vehicles in the country.

The policy requires all government funded home charge points for electric vehicles (EVs) to use ‘smart’ technology from July 2019. This means that the charge points must be able to be remotely accessed, and capable of receiving, interpreting and reacting to a signal. https://www.fleetnews.co.uk/news/environment/2018/12/14/government-funded-ev-charge-points-must-be-smart-by-july-2019.

What this could mean is that the government is finally beginning to recognise the benefits of using car battery storage units as a means for drawing on power during peak demand, thus reducing the need for peaking plants.   The government’s plan suggests, though does not specify, that each vehicle’s battery could be tapped for drawing electricity during peak demand timings, and then recharged with power during low demand periods.

This could also mean that time-of-day (TOD) tariff plans are in the offing for the power consumption sector. The smart technology could allow for net metering, where the battery owner is charged only for the power he has himself consumed, and is (possibly) paid a facilitation fee for allowing the grid to make use of his storage device. It is also interesting that this policy has come from the power ministry with no reference to the transport ministry. According to the government document, the push for electric mobility charging stations will first be rolled out in cities with a population of greater than 4 million residents i.e. Mumbai, Delhi, Bangalore, Hyderabad, Ahmedabad, Chennai, Kolkata, Surat and Pune. The rollout means that after much waiting and uncertainty, India will finally have public electric charging stations as a reality rather than just a pipe dream.

It is not known if the power ministry will also moot transforming existing petrol and gas stations into battery replacement centres. The document has not been marked to the ministry of petroleum and natural gas (MoPNG).

Using existing petrol pumps as battery stations was an idea mooted by Shai Agassi (featured in the bestseller book – Startup Nation), an Israeli entrepreneur who popularized some radical concepts relating to electric cars.  He declared almost 10 years ago that hybrid cars would never become very popular.  His logic:  a hybrid car uses two technologies thus adding to costs.  It will always be more expensive than a single technology car.

His other radical idea was that the biggest deterrent to electric vehicles would be the cost of the battery. But then, he argued, why should anyone buy a battery?  When people purchase conventional cars, they do not buy petrol pumps with it.

Similarly, a car owner should be able to purchase energy, instead of the battery. He should be allowed to pick up a battery from a charging station, use the energy in it, and then surrender it art the next battery station.  He only pays for the additional energy (after getting net credit for the residual power in the old battery). The swapping of the old battery for ‘new’ should not take more than 5 minutes, less than the usual time at a petrol station.  Without the battery purchase, the car cost falls by half. That makes it affordable.

It is not known if the power ministry is working along these lines.  Such a policy allows existing petrol stations a migration path and makes them power hubs for the grid to tap into for peaking power.  The reduced cost of electric vehicles, and the petrol station as a power bank would allow the country huge benefits.

This is disruption that management gurus like Tony Seba talk of (Clean Disruption – Energy & Transportation — https://www.youtube.com/watch?v=2b3ttqYDwF0).  He believes that the tipping point in the world for using electric vehicles could be reached before 2025.

In any case Bloomberg also believes that the demand for electric batteries will soar 14 times by 2030 (see chart).  Costs are expected to fall even further – remember, they have already dropped 85% since 2010. Expect mining centres which produce lithium (http://www.moneycontrol.com/news/business/economy/will-lithium-become-the-new-bottleneck-2476297.html) to do brisk business in the coming decade.

The Indian government’s inability to craft a policy that will benefit rooftop solar, electric vehicles and consumers alike is unfortunate.

The government wants to charge a fee of Rs.25,000 on conventional new vehicles to create a fund to support new-gen electric vehicles (https://timesofindia.indiatimes.com/business/india-business/new-cars-may-face-rs-12k-levy-in-govt-bid-to-push-e-vehicles/articleshow/67153845.cms). But why charge customers more.  That is a stupid idea. A better idea would be to give customers an excise rebate of upto 50% if they purchase a new electric vehicle in place of an older hydro-carbon vehicle.  This is what Union minister Nitin Gadkari and the automobile industry had proposed way back in 2016 (http://asiaconverge.com/2016/04/new-vehicles-for-old/). The finance ministry – unfortunately — did not appreciate the visionary approach.

The policy mooted then was simple.  Let people deposit their own old vehicles with a designated authority. The receipt would entitle them to a discount on the new vehicle purchased (see chart).

That would help reduce oil import bills, galvanise production of a new technology which is bound to gain roots, and also benefit both the industry and the customer The reduced earnings from excise rebates would get compensated by incremental sales of new vehicles.  Nobody loses.

At present the government’s measures are just fragmented policies.  The big picture is sadly missing. That is terribly unfortunate for a country that wants to think big.

Epidemics: Shouldn’t India issue a travel advisory against trips to the...

https://www.moneycontrol.com/news/india/shouldnt-india-issue-a-travel-advisory-against-trips-to-the-us-4916171.html Coronavirus and other epidemics: Shouldn’t India issue a travel advisory against trips to the US? RN Bhaskar  --  6 Feb 2020 First, a caveat.  The author...