Home Analysis Water, water everywhere, / Nor any drop to drink 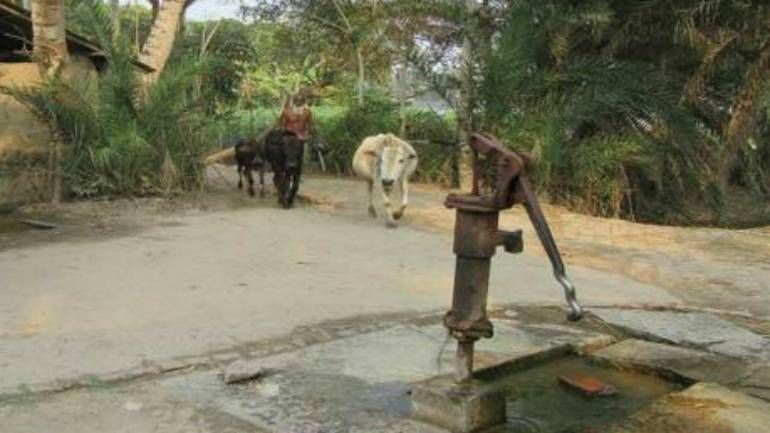 (Other articles in this series are listed below)

The title lines, taken from Samuel Coleridge’s poem, The Rime of the Ancient Mariner, could sum up India’s pathetic condition today. It reminds one of how this country in Asia has one of the most abundant sources of water (https://www.moneycontrol.com/news/world/water-usage-lessons-india-should-learn-from-china-4026441.html).  Yet it remains the only country that will witness starvation and drought deaths in the coming years. The water conditions in India will be far more serious this year than many imagine.

Three key reasons have contributed significantly to the emergence of this pitiable condition.  The fact that the rains may not be as plentiful this year as in previous years will only add to the impending crisis.

The principal cause for India not being able to manage its water well is its inability – or rather unwillingness – to measure the water consumed.  Yes, many municipalities in this country’s cities do this, albeit not very efficiently.  Mumbai alone has a dismal record of seeing almost 30% of its water disappear (as non revenue water or NRW – see (https://www.moneycontrol.com/news/eye-on-india/videos/tanker-mafia-earning-rs-8000-10000-crore-annually-from-water-biz-in-mumbai-4057001.html). But there is no measurement of water taken from underground.  There is no measure of water consumed by crops.  And there is no measurement of water consumed by industries attached to farms (especially in farmer cooperatives in Maharashtra).

As policymakers point out, water management begins with measurements of water consumed.  It is only then that one can work out controls.  In India you need permission to drill a borewell on your land.  But permissions stop there.  There is no attempt to put in sensors in or around boreholes to measure the water taken out.  There is no metering of water taken from canals either.  Without this data, you just cannot manage water.

In the absence of management, you have mismanagement.  Each person takes the water he wants.  And the more powerful a person, the more imperiously he draws on water as a birth-right.

That lapse contributes to the second flaw, especially in a state like Maharashtra which has witnessed the largest number of farmer suicides in India.  Yet it allows sugarcane acreage to grow year after year. This is despite sugarcane being a water guzzler (https://www.moneycontrol.com/news/india/maharashtras-criminally-reckless-water-management-and-its-industry-unfriendly-moves-3138561.htmlMoneycontrol).  The table alongside shows how dangerous the situation has become.

Today, Maharashtra accounts for a 21% share of national production of sugar despite being water deficient.  Its acreage under sugarcane cultivation increased 91% since 1991.  This is more than the sugarcane acreage for other states which had access to more water. Even by the 1970s, it was obvious to everyone that sugarcane was bad for water-scarce Maharashtra. But the political gains from growing sugarcane are so huge that governments have opted not to regulate sugarcane  acreage.  The consequences are now visible.

What is worse, is that the sugarcane crop leads to other forms of water consumption, mostly by the liquor industry.  Sugarcane leads to sugarcane with molasses as a by-product used by distilleries.  Interestingly, this profitable business – which is also a source for very large political and slush fundings – is often run as private businesses and not as a part of cooperatives.  Even Sharad Pawar, the most influential political leader in Maharashtra, has sugar-cooperatives in and around Baramati,  but runs the distillery business under Pratap and Ranjit in the family as private entities’.  Thus losses of the cooperatives are used to get additional bailouts from the state government, while the profits go to private pockets. And this includes the most privileged benefit of all – access to water.

There is a third reason why Maharashtra’s distress has become so acute.  Irrigation has been stunted — for two specific reasons.  First irrigation funds have been diverted for private benefit.  This was obvious when — in February 2012 — Vijay Pandhre , a chief engineer of the state’s irrigation department: wrote a letter to the authorities. He pointing to gross irregularities in a 15 page document, citing many instances of how public money was wasted because of corruption and nepotism. He said 99 per cent of the lift irrigation schemes were not functioning, resulting in a loss of Rs. 15,000 crore (https://www.thehindu.com/news/national/Irrigation-scam-a-drain-on-Maharashtra%E2%80%99s-exchequer/article12643988.ece).

By August, 2012, a write petition was fiuled before the Nagpur Bench of the Bombay High Court by Jan Manch, a voluntary organisation.  It demanded an inquiry into the cost overruns,.  According to this petition, “Within a span of seven months in 2009, the cost of 38 irrigation projects under the Vidarbha Irrigation Development Corporation (VIDC) escalated by a whopping Rs. 20,050.06 crore — from Rs. 6,672.27 crore to Rs. 26,722.33 crore.”

According to Wikipedia, the Maharashtra Irrigation Scam was an alleged government scam which involved financial irregularities of ₹35,000 crore (US$5.1 billion) during 1999-2009 (https://en.wikipedia.org/wiki/Maharashtra_Irrigation_Scam#cite_note-9).  The court sent notices to the government, refused to let the enquiry be closed, but notwithstanding these valiant efforts, not a single culprit has been brought to book.

The diversion of funds led to another benefit for politicians.  It ensured that water did not reach other parts of the state. Thus the sugarcane lobby could continue profiting itself from the little water that was available. Nothing illustrates this better than data culled from the RBI’s latest Handbook of statistics on Indian states — 2018-19 (https://rbidocs.rbi.org.in/rdocs/Publications/PDFs/0HANDBOOK201819_FDF254115C6094E3CAB32A1DCDA9ADA88.PDF) – see table.

Watch how, despite fund allocations, Maharashtra could not extend irrigation to beyond 1.39% of its landed area. This is lower than that of select neighbouring states.  Also observe how only 18.7 % of its net-sown-area is under irrigation, compared to higher percentages for other states. If anyone is responsible for farm distress in Maharashtra, it is the politicians, especially those in charge of sugarcane factories.  Expect regions like Vidarbha to be up in full-scale revolt in the coming years.

The current chief minister of Maharashtra, Devendra Fadnavis has tried to mitigate this crisis by getting the state to build jal yukt shivirs – or ponds in potential catchment areas.  The idea is good.  This way, rain water that is collected can at least help farmers who are not covered as yet (probably never will be) under irrigation schemes.

But even this plan has got sabotaged.  Many farmers knowing that the rains will fail, have already installed borewells in the catchment areas, drawn out the water from underground, to fill the ponds well before the rains.  They know that if rains fail, they would have access to their ponds.  The irony is that by drawing the water up into the ponds, the farmers have increased the evaporation area for the water, and have further depleted ground water reserves.  Once again, the government’s failure to measure water drawn out has led to the hilariously tragic situation. The farmer with the pond water may benefit, but the rest of the region will have less groundwater.

That will lead to destruction of groundwater reservoirs by allowing salinity to seep in.  The damage could last several decades. The Coleridge poem will then come true with “Nor any drop to drink”.