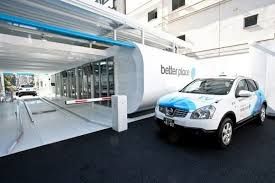 Has the government forgotten about battery swapping?

When the government announced its plans to usher in electric vehicles (EVs), it was jumping the gun.  It should have worked on a battery policy first.  Why?

The following story should clarify.

At the turn of this century, Shimon Peres — the former prime minister of Israel turned business evangelist — approached a bright senior executive of SAP Inc – Shai Agassi. Peres wanted Agassi to quit his job and start a venture in Israel for making EVs.  The new venture was called Better Place.

Second, there was no need to buy the battery. “When you buy a conventional car,” he asked, “do you purchase the petrol pump also with it?”   No. You only pay for the fuel. He advocated a swappable battery solution (https://www.youtube.com/watch?v=eWjlOFK2c3U). The battery itself could belong to a finance company, which in turn sourced it from battery producers.  You just hired the battery to draw the energy from it.  The battery itself was returned and a new one fully charged replaced it.

These batteries could be stocked at the conventional petrol pump.  This would give the petrol pump stations – an existing infrastructure spread across the country – a new line of business once petrol and diesel cars got phased out.

Swapping batteries would take just five minutes – the time it takes for a fuel tank to be filled up. Once fitted with a recharged battery, the EV could rive away (https://www.youtube.com/watch?v=OmOW0z__AMI).

The customer paid only for the battery rental and the energy in it. Without the battery, the cost of the EV will fall. Lower priced EVs would expand the market. and economies of scale will cause prices to fall further.

The story of Better Place can be found in the best selling book “Start-up Nation – Israel’s Economic Miracle” by Dan Senor and Saul Singer (https://www.amazon.in/Start-up-Nation-Israels-Economic-Miracle-ebook/dp/B00FOVD6WE).

Moreover, since the conventional car has around 2,000 moving parts, and the EV has barely 200, engineering costs too would fall.  Nothing works better than a superior technology at lower costs.

Wonder why our policymakers did not think of this.

Unfortunately, on account of a variety of reasons, Better Place could not take off. It filed for bankruptcy in 2013.  After two failed post-bankruptcy acquisition attempts, the bankruptcy receivers sold off the remaining assets in November 2013 for only $450,000.

First this could bring down car prices substantially.

Third, it allows for an organised system of collecting old batteries which cannot be recharged. Good for pollution management.

Fourth, high tension three-phase cables need reach only battery swapping centres – at erstwhile petrol pumps. They can charge batteries throughout the day. Most residences do not have such cables.

Fifth, swapping centres could reduce peaking power costs. Since each battery swapping centre will have hundreds (if not thousands) of batteries, all fully charged, they can provide the state grid the additional power required to meet peak electricity demand. Peaking power is expensive because such plants work only for the 2-3 hours when there is additional demand, even while they pay interest and depreciation and labour costs for 24 hours. Battery stations would reduce the need for peaking power plants.

Sixth, the state could pay a small fee to the pumps for use of this peaking power – approximately half the cost of conventional peaking power. Battery swapping stations would make additional money from selling power during peak power hours.

Seventh, battery swapping centres would spawn new businesses. Industry and the government could standardise the number of batteries and capacities.  The finance sector would benefit as each battery cost would have to be amortised over a specific number of charges. New technologies for speedier charging and battery disposal could emerge.

That could make the country itself a ‘better place’.

But governments are seldom visionary, especially when they do not consult industry. But maybe this could materialise. How else is one to explain a recent decision announced by Reliance Industries and UK’s BP. This new JV (https://www.moneycontrol.com/news/business/reliance-bp-form-fuel-retail-venture-to-set-up-5500-petrol-pumps-over-next-5-years-4298441.html) wants to set up 5,500 additional petrol pumps (Reliance already owns and manages 1,400 petrol pumps), over the next five years.

Why would Reliance-BP want to set up petrol pumps when the EV is about to become popular? Does this JV see a new business opportunity for petrol pumps? 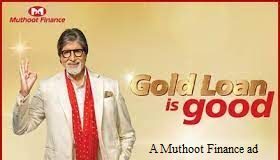 Distressed times – just watch what is happening to gold

https://www.freepressjournal.in/analysis/distressed-times-just-watch-what-is-happening-to-gold When people stop buying gold in India, there is cause to worry RN Bhaskar At one level, this should be cause for celebration.  Gold imports into...