Home Policy Watch Amid coronavirus lockdown, we realise that we – the government included –... 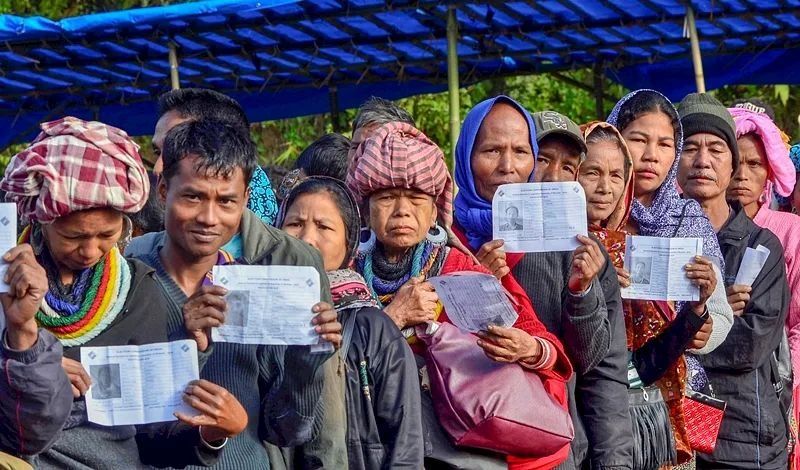 We are a nation of law-breakers; the government included

Study the table alongside.  It tells you of how all the major states of India, led by Maharashtra and Andhra Pradesh, have abetted the formation of slums.  In Maharashtra, almost 10% of its population will be slum dwellers. As an earlier column on these pages had pointed out (http://www.freepressjournal.in/analysis/slums-show-disrespect-of-politicians-for-democracy-r-n-bhaskar/1358963 ),that there is clear evidence of encouragement from politicians for slum formation.  They are the votebanks politicians depend upon to change the demographics of a given territory.

How else do you explain a 17.5% increase in general population between Census 2001 and 2011, but a 25.1% growth in slum population?  Clearly, someone has been encouraging people to form slums.  This is because the law-abiding citizen also goes to cities in search of jobs in much the same way as potential slum dwellers.  Some encouragement is required to make this number rise.

Then watch the swifter 37% increase in the number of slum households during the decade. You realise that since government doles and benefits are given to households and not to individuals (subsidised gas cylinders, rations and electricity among others), there is an incentive for increasing the number of households.  Once more, rules are bent to circumvent laws.

Proof for this is quite visible in the number of people per slum household declining from the national average of 5.3 people to an absurd 0.5.  Clearly there is a tenfold increase in entitlements for slum dwellers.  This could not have happened without the collusion of civic staff, the police and even politicians. Laws are for other people. Not the politician inspired.

But why confine ourselves to slums.  Look at India’s legislators. In March  2018 the Parliamnt hurriedly passed an amendment to the Foreign Corrupt Practices Act (http://www.asiaconverge.com/2018/07/india-swiss-banks-and-black-money/).  This amendment allowed political parties to receive foreign funds, with no questions asked.  Worse, it legalized this for 42 years retrospectively. This was despite court rulings that such amounts and the source must be disclosed, as required under law If there is a problem, change the offending law itself with retrospective effect.

Public spirited non-government organisations (NGOs) challenged this amendment in court.  They called it illegal, unconstitutional. The courts have not begun discussions on this case since February 2018 (http://www.asiaconverge.com/2018/03/corruption-collusion-legislative-filibustering/).

But the courts keeping quiet on matters of constitutional urgency is not something new.  When Indira Gandhi inserted the word socialist in the Constitution, Some Swatantra Party leaders, and the late Sharad Joshi (along with the late SV Raju) filed a petition before the Supreme Court pointing out that the insertion of the term ‘socialist’ was unconstitutional (http://164.100.47.5/newsynopsis1/Englishsessionno/206/s09122005.htm).  How can a country be democratic, yet be forced to remain socialist? was what they asked.  The courts have refused to deal with this hot potato.

Ditto with the matter before the Patna High Court, in February 2016 which asked the court to get the Income Tax department to list out the names of people who had filed for agricultural income.  The court agreed to hear the matter in May 2016.  Burt it never did (https://www.businesstoday.in/current/economy-politics/taxing-the-untaxed-why-govt-should-tax-agricultural-income-tax-evasion-money-laundering/story/396136.html).  The reason could be that the total agricultural income filed could exceed Rs.874 lakh crore, almost eight times India’s GDP (http://www.asiaconverge.com/2017/02/agriculture-as-laundromat-error-or-coverup/).

The country has allowed one of the most sacred laws to some sacred laws to be broken. The slums have made a mockery of the basic principle of democracy  — which allows people to elect their representative.  Assume a community in a locality which has always elected someone it likes. Then comes an an outsider with a large number of squatters who usurp public land in the same locality.  Then these squatters get election cards and vote. They now elect the outsider because the original community has been marginalised demographically. This is akin to stuffing ballot papers and rigging elections. Both the Election Commission and the courts have stayed silent on this  gross malpractice (http://www.asiaconverge.com/2020/01/who-is-a-voter/).

Other laws have been broken as well.  The theft of subsidies continues, by allowing entitlements to 10 times the actual number of households.  This cannot be anything but a collusive effort.

And do consider the way the courts have kept silent about the government’s decision to exempt slum dwellers’ recently-acquired, free-of-cost flats from paying property tax as well.  The loss of income will be met from the taxes that others pay.

The government appears to be telling people – follow the political leader and all wrongs will get righted, even by changing the laws.

In conclusion, India loves breaking laws.  It is not a law-abiding country.  Not even the government. It has become a defining feature of India itself.

Is AIESL of India emerging as aircraft repair hub?

http://www.freepressjournal.in/analysis/is-india-emerging-as-aircraft-repair-hub-r-n-bhaskar/1255629 Will the govt allow India's AIESL to emerge as Asia's aircraft repair hub? — By RN Bhaskar | Apr 12, 2018 Last month, the government announced that it...