Home Analysis How to look at the rise of China 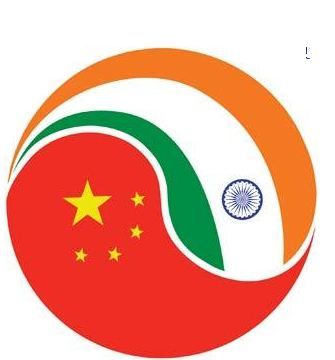 China and India through the prism of history

COVID-19 epidemic accelerates change in the world like a magnifying glass. Through the mist of the pandemic, how to look at the rise of China is a major focus.

Return of History and Civilization

China has a history of over 5,000 years. It has always been at the forefront of the world most of the time. While there have been ups and downs, Chinese civilization and culture have never stopped, hence China can be described as “the longest living civilization in the world”. Today, China has the world’s largest population and the second largest economy. Through reform and opening up, under the leadership of the Communist Party of China and the Chinese Government, the Chinese people have united to build the country into a renowned world factory with a modern service system.

China and the rest of the world are closer than at any time in history. The Chinese nation is marching towards magnificent rejuvenation along the path of peaceful development. As a Chinese saying goes, “The water and soil always give special characteristics to its inhabitants”. The Chinese people are simple and peaceful by nature, and as pure as water and soil. Therefore, although China has been a strong nation during its history, it always pursues peace and never seeks hegemony, colonialism or expansionism.

Since the founding of the People’s Republic of China 71 years ago, we have never provoked any wars and conflicts. We have never invaded an inch of land belonging to other countries. Even after being forced to defend itself, China has immediately withdrawn its troops upon victory. While some people wonder why, this peaceful nature is actually an important reason for the Chinese civilization’s longevity and resilience. China has always been a strong pillar in the family of nations. On the contrary, in Western history, Rome and the Empire where the “sun never set” have expanded and colonized fast, but they also declined rapidly.

India has also experienced trials and tribulation in the history. Despite what has happened, the Ganges River is still flowing and the knowledge of the ancient Indian civilization have been passed down through generations. Currently, China and India are at a cusp of a new round of unprecedented development opportunities. In Mumbai, Pune, Bengaluru and other parts of south-west India, there is a tide of development and vibrancy similar to that in Shanghai, Guangzhou and Shenzhen, which are along China’s southeastern coast. India has a large population of over 1.34 billion, with an average age of only 27. The infrastructure and business environment are yearning for development. Thus, huge potential and opportunity lie ahead.

Before the rapid development of China and India, some medium and small countries like “Four Asian Tigers” in East Asia and Southeast Asia took the lead in economic rise, igniting hope for the whole of Asia. While there is a misconception that China is trying to dominate its neighbours, on the contrary, China has been learning from such neighbouring countries and has always supported the Association of Southeast Asian Nations (ASEAN) to play a dominant role in regional affairs. Currently, countries in East Asia, Southeast Asia, and South Asia are strengthening integration and cooperation, while ‘BRICS’ countries are looming large on international stage. The population of China and India accounts for one-third of the world’s total. If Western politicians really believe in “every vote counts”, then they have to take cognisance of the collective rise of the emerging economies.

The pandemic has cast a shadow on the global economy. China has successfully controlled the epidemic and taken the lead in recovery, and is willing to help India and the region. India must not miss this opportunity. In fact, the majority of small and medium-sized business owners, teachers and students of educational institutions and ordinary people of India regard China as their “elder brother” who is a few steps ahead, and hope to share the dividends of China’s development. However, the English media in India are closer to the West than the East. They have become cheerleaders of the campaign to “takeover China”, “replace China”, “decouple from China”, and seem to be still sitting in New York or London.

As a result of such slogans, Mumbai’s urgent need for key infrastructure like subways was delayed due to the lack of Chinese engineers, and billions of dollars of Chinese investments in automobile and other manufacturing projects in the Pune industrial park were affected. Given India’s size, only China can effectively carry and push India’s sustainable development.

Some Western politicians play election politics to create anti-China sentiments, which will only accelerate their own decline. Sooner or later, they will be punished by history and the people. When they talk about China’s rise, they are actually dreaming of China’s collapse. Similarly, the colonialists have always tried to control India, curbing it from realizing its potential.

Especially in the coming months, with seasonal election game coming to an end, they are trying their best to lure India to serve as a tool for strategic containment of China and hedging against the rise of Asia, testing and risking so-called pre-emptive actions. Frankly speaking, under an unprecedented pandemic, it is better to buy vaccines than arms. The supposition of Western dominance and the price of fishing in troubled water will be borne by common people, further harming livelihoods.

Relying on Multi-pole and the People

This year marks the 75th anniversary of the founding of the United Nations and the 70th anniversary of the establishment of diplomatic relations between China and India. It is high time that we hold the banner of multilateralism, promote joint anti-epidemic cooperation.

The Asian Infrastructure Investment Bank in Beijing and the New Development Bank in Shanghai have attracted many talented professionals from Mumbai, the financial hub of India, and have provided tremendous funding to India’s anti-epidemic fight as well as sustainable development. India currently ranks second in the world in terms of cumulative confirmed cases and has the fastest growth rate in infections. Recently, China’s State Councillor and Foreign Minister Wang Yi pointed out at the BRICS Foreign Ministers’ Meeting and the China-Russia-India Foreign Ministers’ Meeting that China is actively open to cooperation with India in vaccines.

The foreign ministers of China and India also reached important consensus on easing the border situation, which is worth cherishing. Some say that the China-India dispute doesn’t lie on borders, but on dominance. When we put aside the colonial and Cold War remnants, and sincerely oppose unilateral bullying and the law of the jungle, it is not difficult to conclude that dominance or conquering has never been the nature of the civilizations of China and India, thus any fantasy of dominating or conquering each other is ridiculous. It is hoped that India could take steps along with China, jointly respond to the challenges of the times and get out of the difficult period in human history together.

The coronavirus has reminded us to be more respectful of nature, and be more aware of the hardship of people’s livelihood. I have visited many times Nagpur area, known as and the “heart of India”, and tried to find out ways to connect the hearts and minds of China and India. This is where Mohandas Gandhi illuminated the nation through rural movement, where the “Architect of the Constitution” Babasaheb Ambedkar founded the new Buddhist movement, and it also hosts the headquarters of the Rashtriya Swayamsevak Sangh (National Volunteer Group)—the largest political organization in India. Jackie Chan and Aamir Khan recorded videos respectively to motivate the people of our two countries in difficulty, which shows the true friendship between two brothers.

Both India and China are ancient civilizations, our traditional philosophies and ideas are integrated that the world belongs to one family, a community in harmony with a shared future. When we get rid of outside disruption and truly think independently, we will find the true colours of our two great peoples are as brilliant as a rainbow, which will surely shine through the wind and rain, and lead our two nations and the Eurasian continent to new glory.

http://www.dnaindia.com/money/report-has-de-beers-bushwhacked-the-kimberly-process-agenda-1543675 Has De Beers bushwhacked the Kimberley Process agenda? Mon, 16 May 2011-03:21am , Mumbai , dna   The diamond trade is in a flap. Ostensibly, almost all players...