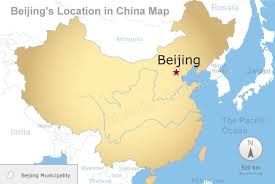 China in an intertwined world

China embarked on economic reforms 10 years ahead of India, under Deng Xioping, who famously said ‘I don’t care if the cat is white or black, so long as it catches mice’. In the 80s the Indian polity was involved in scams, including the 1981 cement scam, the 1985 fodder scam, the 1987 Bofors and HDW scandals. The polity was also busy slicing the electorate on lines of caste, creed and backwardness, instead of improving the economy and lifting millions out of poverty, as China was doing.

Due to the wasted decade, China’s economy grew at a much faster rate than India’s did. On a per capita income basis, both countries were at the same level earlier, and today, China is far ahead. The extra monetary clout has enabled China to build 53% of global steel production, over 50% of cement production, 62% of rare earths, and a buyer of 27% of cars. Using its excess capacity of steel and cement, and its excess reserves, China has embarked on a ‘Belt & Road’ initiative for building global infrastructure and in the resultant debt diplomacy.

Several narratives about the imminent collapse of China have been floated over the years, none of them have occurred. These included over indebtedness with a high debt/GDP ratio, the overbuilding of unoccupied ‘ghost cities’, the 2020 flooding which could lead to a catastrophic collapse of the Three Gorges damn, and to a food shortage due to its impact on agriculture, and the like.

So China is an enigma, and will so remain.

Yet its belligerence against several countries, including India in the Ladakh/Galwan valley area, in the South China Sea, and against many countries, including Japan, Australia, Canada, Philipines, Indonesia and others, has cautioned the world against over-reliance on China for its manufacturing supply chain. Countries like Japan are paying companies to re-establish their manufacturing plants to other countries, a process which can benefit India if it were to make a welcoming atmosphere for such a shift.

India has been taking some initiatives and has succeeded, for example, in attracting the likes of Foxconn, Wistron, Pegatron and other phone makers to locate plants in Chennai to make phones for companies like Apple. The reduction of corporate tax rates and the recently announced PLI (Production Linked Incentive) scheme has enticed them. They will provide much needed jobs. Yet it is still a trickle.

The trickle could become a flood provided steps are taken to hasten settlement of corporate disputes, avoidance of retrospective legislation, acceptance of international arbitration awards, simplification of procedural requirements and eliminating/reducing discretionary powers of bureaucrats. All these are works in progress, the speed has to be increased.

China’s huge appetite for raw materials is, on the one hand, aiding global trade at a time when it has been badly hit by both trade wars and by the impact of Covid, but, on the other, is ravaging the environment.

For example, China has, for the first time in 30 years, bought rice from India  because its rice crop, a staple food for Chinese, has been hit badly by the floods. Trade goes on, despite border tensions.  Yet, due to its belligerent attitude, some countries have prevented ships picking up goods from China to dock, and this has pushed up prices of raw materials due to higher logistic costs. A paint manufacturer told me of raw material prices rising by 20% and supplies being tight, due to this. This will result in inflation, and thence to higher interest rates, which were kept unchanged in the RBI policy just announced on Friday.

As the largest pig farmer in the world (Chinese love pork), China is creating a huge environmental problem. To feed the pigs, which is to feed the Chinese population and provide protein, there is a huge demand for soy beans. Brazil is supplying soy beans by clearing huge swathes of the Amazon forest. As the 1.4 b. Chinese grew more affluent, they changed their diet from the cheaper rice and vegetables to the more expensive meat (Pork), consuming over 50 m. tonnes of pork a year, over half of global production. To meet this demand, Chinese are buying pig farms all over the world, including the US, despite the trade and military tensions between them.

China remains an enigma. It has managed dominance, as mentioned, in manufacturing capacities for steel, cement, rare earths (needed in all things electronic, including for military applications), cars and other manufacture. Besides this, it has planned for, and made inroads into, a lot of the technologies needed for the 4th Industrial revolution, under its plan China 2025. These include 5G (Huawei), AI, Robotics and also Quantum computing. It has just announced supremacy in Quantum Computing, the next huge leap in computational technologies.

Surely this announcement, if true, cannot provide a Quantum of Solace for USA.

So the world, and India, will have to live with China and find a way to contain its belligerence. Sadly, this involves a lot of use of resources which could otherwise be used to build assets like roads/power plants/ports and hospitals/schools/vocational training institutes which are now going to build ever destructive weapons of war.

Perhaps the manufacturers of the Covid vaccine may be able to insert a gene to make political leaders less distrustful and more humane, but that is a dream, like John Lennon’s ‘Imagine’.

India does, however, need to crack down very hard, and unforgivingly, on corporate defaulters. It is reprehensible that 12 top public sector banks had to write off Rs 6.32 lac crores in 8 years, managing to recover just 7% from top borrowers. This is financial terrorism and deserves the severest of punishments, including lifetime jail sentences. If the savings of citizens is a honey pot in which borrowers can dip with no consequences to them, we should forget about India becoming a serious economic power.

Last week the BSE sensex closed at 45,079, its highest ever closing. This is driven by global liquidity, and the increasing charm of the Indian stock market for global investors whose borrowing cost is artificially low, and for domestic investors rightly afraid of depositing money in a bank where it has a propensity to disappear.

The big geopolitical threat is from Iran, who may retaliate for the assassination of its top nuclear scientist, a few months after its top general was killed. A blockade of the Strait of Hormuz would cripple the sea route, pushing up inflation and hurting global trade. The other threat is rising inflation, mentioned above, as a result of disruption in supply lines, until such times as they are stabilised, after relocation.

Can Africa become the new market to stump India?

https://www.freepressjournal.in/analysis/policy-watch-can-africa-become-the-new-market-to-stump-india   (The entire series can be found at http://www.asiaconverge.com/2021/05/agenda-for-the-government-2021-series/) Is it strike #3 for India’s position as an attractive market? Will Africa trounce India? I deal in...