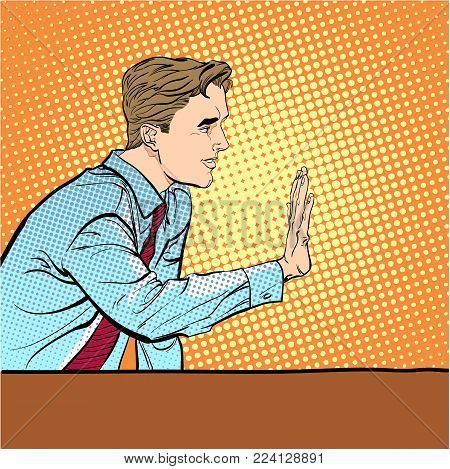 ­­­­It has taken very long for the polity to understand why continuous economic reform, incessant preparation for the future, sharp focus on technology and innovation as well as good governance are the only way to help achieve its potential. These are all ideas who’s time have come, but, alas, have been blocked by a myopic polity and a vainglorious bureaucracy.

The IMF has forecast that India will be the fastest growing economy in 2021, with a sharp, post covid, rebound in activity. GDP growth, after the sharp 2020 fall, is estimated to be around 11.5%. The Government is spending huge amounts to build infrastructure, as pointed out by T N Ninan in his article New Landscapes in Old India in Business Standard.

Thus work is progressing on projects like the Trans Harbour bridge in Mumbai, the world’s tallest rail bridge in Chenab, the completion of the DMIC (Delhi-Mumbai Industrial Corridor, a special rail line infrastructure to run only freight trains, so that they do not need to slow down to allow passenger trains to pass through), bullet trains, Gujarat’s GIFT city, to build an international finance centre, huge tracts of deserts in Rajasthan covered with solar panels, changing the energy mix in favour of renewables, and others.

These projects will provide demand for material like steel and cement, and jobs for many, boosting spending and GDP. All good, and long overdue.

Yet, as Ninan points out, we still carry the baggage of ‘Centre-state squabbles, environmentalists concerns, hassles over land acquisition’ and other hangups, and bureaucracy succeeds in stopping ideas whose time has come.

Much has been written about the slowness of the judicial system. But the investigative system, to determine crime, which vests with State and Central Governments, is also to blame, perhaps in larger measure. It works not to prevent crime, or to bring crooks to book, but as a bargaining chip in Centre-State disputes.

Two Ponzi schemes happened in West Bengal in 2013, Rose Valley and Saradha. Political influence was alleged to be the reason for slowness of investigation in both. Yet it is only now, just prior to the state elections, that Central investigating agencies, CBI and ED, have summoned leaders of the Trinamool Congress to investigate their role in these scams.

So it seems that what matters more is not justice for victims of the scams, but to have ‘files’ on shenanigans of opposition politicians which can be pulled out when political expediency warrants it.

The judicial system, too, by constantly seeking to re-invent the judicial wheel, distorts it. The NSEL scam, also in 2013 (what a coincidence!), has not been resolved. Some money was recovered from defaulters via auction of their property, and the court ordered the MPID authority to disburse it to victims, proportionally. When this was partly done, a ‘small investor’, (defined arbitrarily as under Rs 10 lacs invested) appealed demanding prior payment, and was granted it! Internationally, all victims are paid proportionally, without arbitrary limits. What if, e.g. Mr Ambani had invested Rs 9 lacs, and a retired person had invested his life savings of Rs 11 lacs. The court would have paid the richest man fully, first, and the poorer citizen last!

So, on the one hand, the Government is moving full speed ahead with rebuilding infrastructure, thus boosting the economy, and kudos to it for doing so, whilst, on the other, neglecting the basic pillars of a civilized society, including justice and including education. Nearly half of the 40 Central Universities are being managed without a full time Vice Chancellor.

Whilst we are devoting attention to the environment, by changing the energy mix in favour of renewables, as mentioned, we are not doing enough as regards noise pollution, smoke from burning rice stubble, causing lung disease in neighbouring cities, and water pollution, etc.

Cities like Delhi are engulfed in post harvest smog due to farmers in Punjab/Haryana burning rice straw. Yet a Thai woman has found a way of Turning Straw into Gold. She buys the straw at a small price and converts it into biodegradable paper packaging, which is sold to street vendors. Why can’t we do that?

Or take crypto currencies, an idea whose time has come. The most popular of these is Bitcoin, a digital currency not under the control of any Central bank, which gives it its appeal. Supply of bitcoin is limited, by its programme, to 21 milion coins, of which 18.5 m. have been mined so far. Fiat money, printed by Central Bankers, has no limit. It used to be constrained by gold holdings, but not after Nixon cut the link to convert $ into gold at a price of $ 35/ounce.

Last week a Covid relief bill was passed by the US Congress, for $ 1.9 trillion. Freedom to print, without accountability, is a huge danger for the future, because chickens always come home to roost. This is on top of the March 2020 $ 2 trillion CARES Act.

A lot of spending is included under ‘Covid relief’ which is not, actually, for covid relief. It slips in because the optics to oppose a ‘covid relief’ effort are bad.

Privately owned crypto currencies are much debated, with strong opinions on both sides, some claiming them to be the way of the future, others decrying them as giant Ponzi schemes.

Indian officialdom halted the progress of the idea whose time may have come, by proposing legislation to ban it. Investors holding private crypto coins, or contemplating them, were paused in their efforts, due to uncertainty over Government action. But Government flip flopped in days, with Union Minister Anurag Thakur now saying that the Government is open to evaluate and explore new technologies. But not clarifying whether or not it is permitted for Indian investors to invest and hold them.

So how on earth can Indians move ahead when everything is uncertain? Investors cannot depend on the judiciary for redress if the Government were to flip-flop again and declare such investment as  ‘illegal’. Individual investors are not protected in India, sad to say.

The $ 1.9 stimulus payouts would inject more money into the system. Bond yields are still low, although they rose a bit last week after bond prices fell. So one can expect a chunk of this money to go into equity markets. Given that India, as per IMF, is expected to show the sharpest GDP growth in 2021, our markets would get a fair share of FII money. The trot would turn into a gallop if we can tackle our judiciary and our bureaucracy and everyone pulls together.

If wishes were horses, FIIs would gallop!

The changing contours of money

MARKET PERSPECTIVE Feb 7 -13, 2021 By J Mulraj A stone-age attitude towards private crypto currencies We are in the 4th Industrial Revolution, one which will see huge...