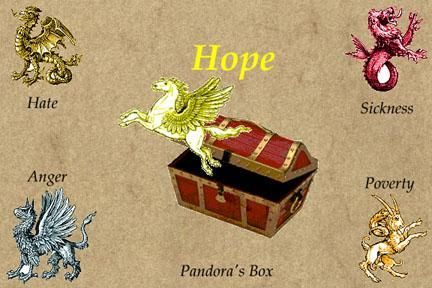 And the risk to stock markets of rising interest rates

­­As the Greek  poet, Hesoid, wrote, when Prometheus stole fire from heaven, Zeus, the king of Gods, took revenge by presenting Pandora to his brother, together with a box containing many evils. Such as Hate, Sickness, Anger, Poverty, also Jealousy, Anger, Greed, Despair and others. These evils were released when Pandora opened the box to have a peek. She shut it, leaving only one thing inside – Hope.

Recently, the Pandora’s box has been opened by Nicholas Wade, the former science writer for the NY Times, when he again raised the possibility of the Covid 19 virus having emanated from a lab in Wuhan, see this   video on Republic TV, or this one on Wion. This has created ripples, and led to a Congressional hearing in USA where Senator Ron Paul (R, Kentucky) queried Dr. Anthony Fauci about his role in funding what is called Gain of Function research (gene manipulation) at the Wuhan Lab, which he denied. The Wuhan Institute of Virology apparently received some $ 0.6 m. of US taxpayer money, channeled through an American NGO called Eco Health Alliance which received $ 3.7m. over 6 years from NIH. The head of this NGO, Peter Daszak was the only American member of the WHO team which went to China to investigate the origin of the Covid 19 virus, and concluded that it was not from a lab. This has now been opened up.

If, indeed, the US had collaborated with China, and had outsourced the Gain of Function research to China, it would be the explanation as to why China has not been made accountable for the virus. If not, the US needs to explain how the funds went to China, if at all.  The silence on the part of the US is discomforting. China claims it did not allow  any virus to leak out.  What is the official US stand since China is now suing the US.

The arms race is a sad reality and weapons of mass destruction being developed by several nations in a bid to obtain an edge, is what is driving the world towards a dangerous place. As Covid illustrates, things can easily get out of control.

As they nearly did in the recent conflict in Israel, which exercised its right to self defence after being showered with rockets shot from neighbouring Gaza strip, where the Palestinian group Hamas resides, by attacking Gaza. After 11 days of fighting, a truce has, for now, been reached. Had this escalated and big powers entered the fray, things would have gotten out of hand.

USA is now developing a long range hypersonic glide missile with a range of 1700 miles, 600 miles more than existing medium range missiles. These are expected to be placed in Pacific islands within that range, from China, to be used as a threat to it not to invade Taiwan. The arms race goes on, diverting resources from the human race.

Political leaders need to take decisions, depending on the situation, and these are not always consistent.

Soon after taking office, President Biden passed executive orders to cancel the Keystone pipeline project, to carry Canadian oil to USA, as a measure to encourage the rise of renewable energy and discourage fossil fuels, for the sake of the environment. He passed another order to stop leasing of federal land for the purpose of shale oil/gas mining.

Yet he has lifted some sanctions for the Nord Stream 2 pipeline to supply Russian gas to Germany. Now Canada is the biggest neighbour of USA, and a friendly one. Whilst Biden considers Russia to be an enemy. Yet, pipelines to carry fossil fuels get differing treatment.

And a complete shift from fossil fuel to renewable sources is not possible, for several reasons.

One, renewable sources cannot provide reliable energy all the time; they are dependent on the weather. Texans know this, when they faced severe power shortages last winter, when the sun did not shine to produce solar energy, and the snow froze the wind turbines. They had to import power from other states at costs which were insanely higher.

The energy density of renewables is much lower; you need more land to produce the same amount of power. So, to move to 100% renewable would require wide swathes of land to be cleared.

Fossil fuels also produce other produces like  petrochemicals. Would consumers be able to live without things like plastics, rubber, inks and dyes, synthetic fabrics, etc? Without rubber, how would airplanes land?

What would be the geo-strategic imperatives of depending on OPEC for oil, when renewables fall short?

The other big development last week was the sharp fall in Bitcoin, and other crypto currencies. Bitcoin dropped to $ 36K, about 38% below its all time high two months ago. There were two main reasons. Tesla, whose investment of $ 1.5 b. in Bitcoin a few months ago caused it to rally to over $ 58,000, announced it would stop accepting bitcoin as payment for its cars. Second was China’s instructions to all intermediaries to stop accepting Bitcoin (Chinese are big investors in it).

In Indian news, one of the deterrents to higher Foreign Direct Investments (FDI) is the Government insistence that new BITs (Bilateral Investment Treaties) must contain a clause under which existing judicial remedies in India must first be exhausted before going in for international arbitration. This hasn’t worked, and won’t.

The reason for arbitration is because the judicial system works at an unacceptably slow pace. Investors, therefore, prefer not to invest in India except through 2 jurisdictions, Singapore and Netherlands, where existing BITs allow arbitration. Cairn was successfully awarded a judgement, against GOI retrosepective tax claim, and, in order to exercise the claim, is seeking to attach assets (planes) of Air India. Now Mitsui is also going in for international arbitration.

If India wishes to keep attracting FDI (the existing BITs will expire in a few years) it must have a relook at its obdurate insistence of exhausting judicial remedies.

The judiciary was swift to haul up the Government for not making oxygen supply available after the second wave (better planning may have helped, but a sudden hike in production, as well as transport, of oxygen, is not simple, the truck carrying it has of necessity to move slowly). Yet, the judiciary itself has to examine why it cannot speed up its justice delivery. Perhaps a discussion with Government is urgently needed.

The primary worry of global investors is the possibility of rising inflation, of which there are signs. Money supply has increased sharply, but supply of goods  and services has not. The inflation has so far been in asset prices. But it can move to commodity prices, and drive up inflation. Minimum wages have been increased in some states. Gas prices are up after shale oil fracking has been discouraged and fresh land leases discontinued. Rising gas prices affects the mid/lower income group more, which pays out a higher percentage of their income for it. Capital gains tax and corporate taxes have been increased. Though personal income taxes haven’t a rising inflation is a hidden tax.

If inflation goes up, as is likely, the US Fed would be compelled, at some stage, to raise interest rates. And that would significantly affect stock markets.

Tread with caution. Pandora had shut the box with one thing still inside.

And that is Hope!

It springs eternal in the human breast!