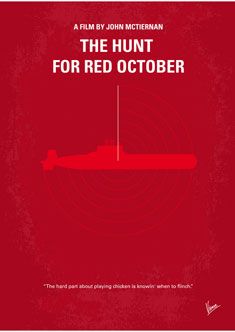 Risk factors investors must be aware of

­­There are some risk factors coming in October, that investors should become  aware of.

US Debt Ceiling: US Treasury Secretary, Janet Yellen, despite being 1.6 m tall, is afraid of banging her head against, and hitting the debt ceiling in October. The US Government debt is controlled by a ceiling, imposed by the US Congress, and cannot exceed it without congressional approval. The approval depends on both Democrats and Republicans agreeing to do it, which involves, as does all politics, a good bit of give and take.

It is more likely that they will, at the eleventh hour, agree to raise the ceiling, but one cannot rely on politicians displaying common sense, which gets eroded in their journey to the top.

Should the ceiling not be raised, there would be horrendous consequences for the world. For starters, financial markets would be rocked by a default of interest payments on existing US Treasury bills, which would cause them to collapse, thus to an increase in interest rates. This in turn will make cause a crash in equity markets, which become relatively less attractive when the debt market yield goes up.

A geopolitical consequence is that certain countries would view this as an opportunity to pursue their agendas, knowing that defence spending would be impacted by the inability of the US Government to raise debt. China has been patiently awaiting an opportunity to invade Taiwan, which it considers to be a renegade province. Just on Sep 10, Biden, in a phone call he made to China’s Xi, reaffirmed his commitment to a one-China policy. The US may become unable to fund the naval presence in the South China sea (it has 2 aircraft carrier groups based there, a rarity), and whose presence deters the Chinese from the adventure.

Another geopolitical threat emanates from the Middle East. Israel claims that Iran is a few weeks away from having the capacity to make nuclear weapons, which it says it would not allow. The Israeli Prime Minister has had meeting with Presidents Biden and Putin recently, to appraise both on the situation.

So, the world should pray, for the sake of peace, that the Congressmen agree to raise the ceiling, even as economists should pray that they don’t, for the sake of the global economy. The US Federal Reserve has already raised, in two years, more money than in the previous hundred, and profligacy has its price. Should there be another global financial crisis, the Fed has no capacity to stanch it, as its BS (Balance Sheet, not Bull S***) is bloated, and interest rates don’t provide a cushion to go much lower.

Fed taper: Fed Chair Powell, had, in his speech at the Jackson Hole summit, mentioned the possibility of the Fed starting to taper its $ 120 b. a month monetary support to beleaguered markets. The decision would depend on the facts emerging at its October meeting of the Board. The market would, as it always does, throw a tantrum if it happens, much like drunks when told that the bar was closing. They have become addicted to low cost money.

However, the recent job growth figures do not indicate that Powell will be able to move ahead with the taper. Job growth was far lower than anticipated. But should the Fed start to taper, the stock markets would react negatively.

China’s Lehman moment: The real estate sector contributes a lot to China’s growth. It was encouraged to grow, with bank financing, so that surplus capacity built up by China in steel and cement, could be used. This resulted in over building, especially of residential apartments, by big firms like Evergrande. Evergrande is highly leveraged, and now people are concerned that a debt default can cause a Lehman like moment in China. This is of real concern to global stock markets.

It was Lehman Brothers, a boutique investment bank, not large in size, whose collapse triggered the 2008 global financial crisis. Well, Evergrande is far larger than Lehman, and far more indebted. It has been fire-selling assets to raise funds to stave off default, but October could be crunch time for it, and for markets, as a consequence.

As always, credit rating agencies  act only after the horse has bolted. The role and efficacy of rating agencies must be queried. Rating agencies downgraded various bonds issued by Evergrande, leading to a price collapse, and a suspension of trading in them by the Shanghai stock exchange. Read here. Bonds of real estate firms like Evergrande, Fantasia Holdings (not to be mistaken for the American R&B singer) and Guangzhou R& F Properties, are falling due by October.

Whilst political leaders are busy creating problems and making messes, the scientists are busy providing solutions and giving optimism.

Abu Dhabi Global Markets is an international finance centre. In a conference held in August 2021, there were several interesting panel discussions, of which the one on Emerging From a Post Pandemic World was fascinating and a must-watch. One of the speakers was Jim Mellon, Chairman and co-founder of Juvenescence, a bio pharmaceutical company. Watch from 13:00 onwards how he describes that a small sample, the size of his little fingernail, from a cow, can be converted, in a petri dish, to produce 8 to 9 cows’ worth of beef in just 40 days, which, done traditionally, would take 28 months! Unbelievable!

This is done without needing to slaughter the cow, something which would be of great interest to India, which considers it holy.

After WW II intensive farming was adopted, in which animals were packed closely, and given antibiotics, to prevent disease, and hormones, to propel growth. He says that 80% of antibiotics go into animals. That is unhealthy, and the animals can become resistant to antibiotics.

This sort of plant based, or cellular method, is a technological achievement, because it requires no land use, no water use, no use of antibiotics, no genetic modification and no slaughter of animals!

Will our polity consider it? It can also be used to produce other stuff like cotton, leather, cocoa etc.

Another example is of David Lobo, founder of Deejay Coconut farm who mentions several benefits of cocount palm. For example coconut sugar can replace sugar derived from cane. It uses 200 litres of water/kg of sugar produced, versus 3000 litres used by cane! When groundwater levels are falling alarmingly, it is imperitive to consider this. Production is also 5 times that of cane.

Coconut can replace palm oil, whose imports are increasing in India.

Another example is how technology is changing the energy mix, in order to reduce carbon emissions. Mukesh Ambani, speaking at the International Climate Summit 2021, stated that India, being blessed with sunshine 300 days in a year, and plenty of wind too, can produce 1000 GW of solar energy using just 0.5% of land area. By using smart grids, smart meters, solar energy can be produced by individuals (R N Bhaskar’s book  Game India advocates this, it also provides millions of much needed jobs), stored and supplied to the grid, making it much less dependent on coal. He also envisages a surge in investment in Green Hydrogen, which has zero carbon emission, and has pledged to make RIL a zero carbon company by 2035.

So we have, on the one hand, policy makers who do silly things like a $ 2 trillion, 20 year war, which achieved nothing, and the resultant ill will leads to increased spend on increasing the Military Industrial Complex.

And, on the other, the potential of life changing technologies that can counter and correct these policy errors, to provide solutions for food, for water, for climate change, for healthcare and for improving factory productivity.

Will the polity have the vision and the courage to take the right road? 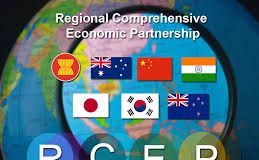 MARKET PERSPECTIVE by Jawahir Mulraj India must get its act together, mere intentions aren’t enough By J Mulraj --  Nov 15,-21 2020 If India wants to achieve...