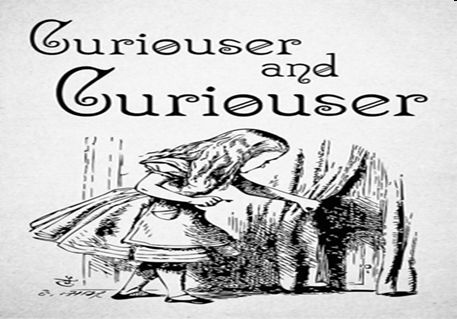 The global conference on climate change, COP 26, commenced in Glasgow last week, and several world leaders were present to convey their efforts in trying to restrict carbon emissions, in an effort to restrict global warming to 1.5 degrees.

Two prominent leaders who copped out of COP 26 were Xi Jinping, of China, the biggest polluter (70% of its electricity is generated from coal) and Vladimir Putin, of Russia (a prominent producer of fossil fuels).

Leaders of the developed world have also copped out of their written commitment, made under article 9.3 of the Paris accord, to provide $100 b. annually, to the developing countries, to help them transition to a cleaner, and greener, energy system.

That is one of several contradictions which cannot be logically explained. You see, as per this article in Forbes a study by IMF reveals that the world provides a $5 trillion annual subsidy to the fossil fuel industry! Yet it has not provided, since the 2015 Paris accord, the $100b. They had committed to, in writing, to help developing countries to set up the facilities, like renewable energy, and facilitate the transition. These countries would need to shut their coal fired power plants, needed to meet their energy needs, which increase with prosperity.

The developed world has created the problem of global warming, and are morally bound to help the effort to clean the mess they have left behind. They give 50 times the amount to the fossil fuel industry, which causes the problem, and nothing to the developing countries to help solve global warming!

Governments of the developed world are shirking their responsibility to fund developing ones, but have sought, and obtained, financial commitments from private investors. Perhaps by appealing to their wish to do something to protect the environment, not expecting a return on the investment. There lies another contradiction. Because the same investors have already invested  §$ 16.5 trillion in negative yield bonds!.

So, another contradiction! Private investors willingly invest $16.5 trillion in negative yield bonds, where they are sure to lose money, but are less eager to help save the world by investing in projects to help the transition, where there can be a positive return.

The truth about the climate crisis is that the developed countries have created the problem, but are now asking developing countries to not only reduce emissions but pay for the transition. They have set targets for ‘net zero’, or the point at which the amount of carbon emissions introduced equals the amount removed. About 50 countries have announced net zero targets. China has announced it would reach net zero by 2060. India by 2070.

But, as argued in this article by Prof Anand Patwardhan and Jayant Mauskar, a former civil servant and lead climate change negotiator for India, what is important is the path, not just the terminal date. India’s per capita carbon emissions are a quarter of China, and, were India to follow the same path as China, it would achieve net zero only by 2087. But PM Modi has committed to reach it by 2070.

Markets were not adversely affected by the decision of the US Fed to commence tapering its bond buying programme. It will reduce monthly bond purchases, which it uses to provide liquidity to the system, by $15 b, from the current $120 b/ month programme. It hopes to stop completely by June 2022. It has left interest rates unchanged.

The fact that markets did not throw a tantrum, and fall, suggests this had been anticipated.

The Indian economy is showing some positives. As R Jagannathan points out in this article GST collections have been above Rs 1 trillion a month. This has given leeway to Government of  India to reduce taxes on petrol and diesel, making them cheaper. Because of this buoyancy, fiscal deficit in the first half of the year is at only 35% of the budget estimate for the full year. FX reserves are around $ 650 b. Corporate profits are rising and the  stock market is buoyant.

The Government would do well to focus on areas where it has weaknesses. Perhaps it can reduce GST rates, and slabs. Reducing income tax rates raised tax revenues, as it always does. The biggest fix required is to the judicial and the investigative systems, which allow white collar criminals to get away far too often. The IBC resolution of non performing loans needs to be speeded up. Justice must be time bound and not subject to discretionary grants of unending adjournments. That such unending adjournments continue to be granted, despite judicial instructions, is a sad commentary on both the judiciary and the Government.

Both domestic as well as foreign investors continue to pour money into the stock market. The impact of the Fed taper on the market has been minimal. The biggest negative would be a slowdown in China’s economy. Facing a shortage of thermal coal, its electricity production has faltered, and it has asked high energy users like aluminium and steel, to shut or slow down. Moreover the crisis in its realty sector, which accounts for 29% of GDP, will impact the economy.

INVESTMENT PERSPECTIVE By J Mulraj May 15-21, 2022   Technology provides solutions to energy and food but after we pass the hump of conflicts Technology is providing the solutions...