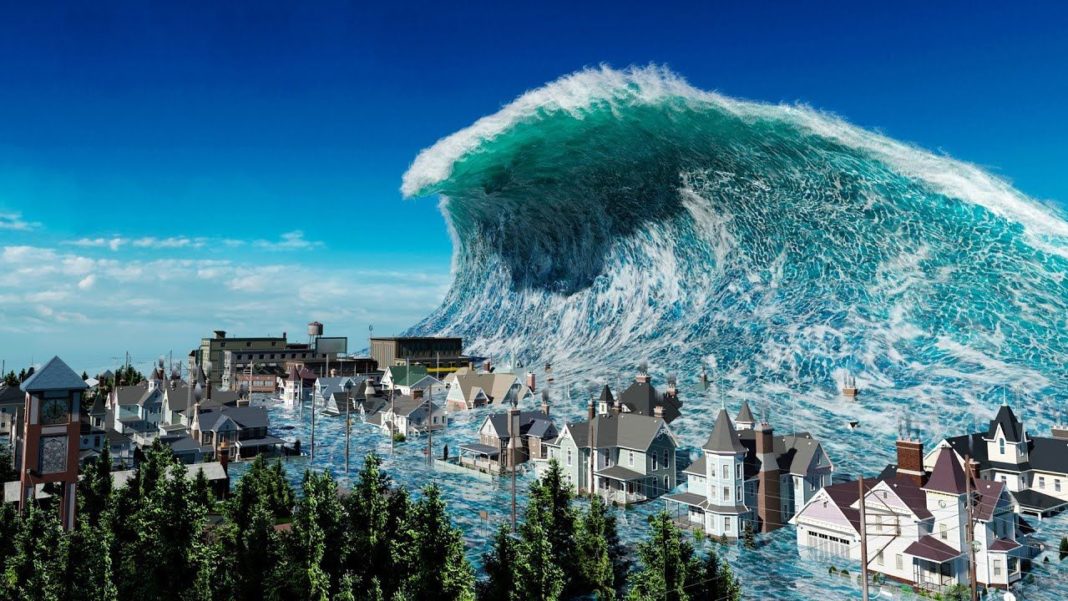 Are we thinking things through, and preparing for them?

­­Everyone knows about coming disruptions. Three forthcoming major disruptions would be due to climate change,  technological changes and food change. Policymakers have to prepare for these changes, and discuss the policy actions needed with society, so as to be prepared for the tsunamis.

India does not seem to be putting enough thought into such discussion and planning. The polity is too busy fighting elections (there are power/water and other goodies) which beggars the state. No time to think of the future, nor any  ability or inclination to.

The good news in this video is that, with correct choices made now, we can reduce 90% of emissions by 2035. Adam Dorr, director of research at RethinkX, the interviewee in the video, says that disruption is inevitable once an inflection point is reached. The inflection point is reached when the cost of the new technology falls to 1/4th to 1/10th the existing one. After that the speed of disruption is amazing. He cites the example of digital cameras which, once the inflection point was reached, wiped out traditional cameras, and, with it, Kodak, the then market leader, in 10 years.

There will be no time for policy makers, or even for companies, to discuss and plan for change once the inflection point is hit. They must do so now. Sadly, one does not find discussions in the public domain.

Take, e.g. the coming transportation disruption. Electric vehicles (EVs) are becoming increasingly popular and when they are able to reduce the cost of the EV as much as a similar ICE (Internal Combustion Engine) vehicle, the inflection point will be hit. Within a decade, ICE will be, basically, wiped out. The next step will be autonomous vehicles, and then TAAS (transportation as a service). Tesla, for example, has already developed an app. Once autonomous vehicles hit the road, a person could, after being dropped off by it to his workplace, use the app to make the vehicle available to a ride sharing service, until such time he requires it again. So his autonomous vehicle becomes a profit centre instead of a cost center. Autonomous vehicles become available, as a service, on demand and affordable (because of low maintenance cost of EVs, which have far fewer moving parts than an ICE).

Here is where thinking and open discussion about the impact on society is needed to be done now.

The disruption would result in fewer individual ownership of cars, thus reducing demand for them, as one car can, with TAAS, be used to serve multiple customers. This would hugely impact auto employment, auto dealership and maintenance. Policy makers would be loath to face these prospects. However, there would be benefits too. The number of cars on the road would reduce, thus also reducing land required for parking spaces. There needs to be a discussion on the costs and benefits of this change, and what the best use of surplus land could be (more green spaces to combat environmental damage, more low cost housing or other uses).

The other coming disruption is in the food industry. Cellular agriculture, e.g. can be used to produce meat in a petri dish, taking a small sample, the size of a thumbnail, from a cow and producing far more meat, faster, in the petri dish than from the cow (which does not need to be killed for the meat).  This would help release land used in animal agriculture, for grazing, and for producing animal feed. This is a whopping 80% of total available land!

Technology is a double edged sword, bringing with it tremendous benefits as well as potential harm. Drones can, and are, being used for food/medicine delivery, cost effectively, but also as a weapon of war. We can’t stop an idea whose time has come, but at least we can have a think about how best to deal with the effects of coming technological changes.

So technology can be used, as in cellular agriculture, to transform animal agriculture, thus freeing land and resources whilst yet providing the meat substitute as before (tastes the same). Or, nanotechnology can be used to supply drinking water, something that will be in short supply in this decade. Protein folding and genomics can be used to bring down the cost of medicines, and to design cures for individuals. A lot of work is going into developing nuclear fusion (not fission), and China has already achieved temperatures much higher than the core of the sun, towards this goal. This may be years away, but promises to provide an endless supply of clean energy without the risks associated with a fission reactor.

It is upon this, on how to use emerging technologies to better human life, and avert an environmental disaster, that ought to be the focus of political leaders. Not on fending off conflicts in Ukraine, or Taiwan, or Israel and Iran, or  other hot spots.

The sensex dropped 2186 points over the week, to close at 59037. The three US indices, Nasdaq, S&P 500 and Dow Jones, also fell. Famous investor Jeremy Grantham predicts that the fall has already started and a big fall lies ahead. Brent crude is just under $ 88/b and Goldman Sachs predicts it to hit a century by Q3/22.

The market awaits the Union Budget to be presented on Feb 1.

GST collections have been buoyant and, should the Finance Minister contemplate a reduction in rates (which would increase collections), it would be welcome news. But, alas, she is thinking of increasing them for some goods, like textiles. That would be terrible for the industry, making it uncompetitive, for the stockmarket and for the country.

With the interest rate slated to rise in USA from March, and other countries (though China is lowering them!), and with crude oil price expected to hit $ 100/b (India depends hugely on imported oil), the outlook calls for caution. The final nail would be hikes in GST rates. Let us pray for common sense to prevail!