Home JMulraj Seven in one blow? 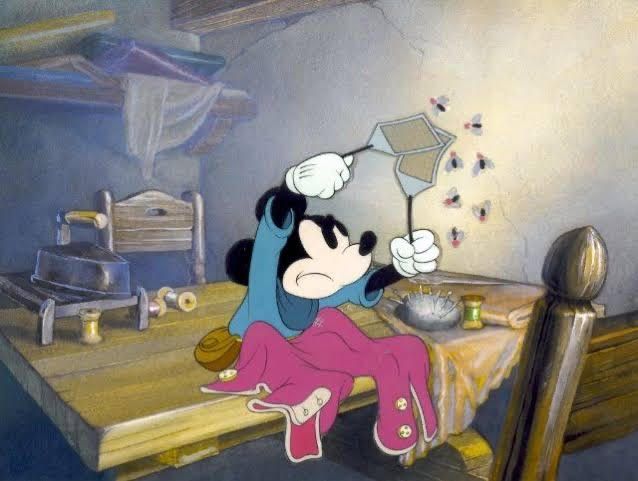 US Fed rate hikes; how many can the market sustain?

In the fairy tale ‘Seven in one blow’ a tailor killed seven flies, who interrupted his breakfast, in one blow, and proudly proclaimed his feat on his belt. A giant, thinking the puny tailor had felled seven men in one blow, challenged him! But the tailor managed to outsmart the giant every time, proving the ability to achieve things using courage and brains.

In March, US Fed Chairman, Jerome Powell, embarks on a journey to raise interest rates, which had been driven to zero, in order to help fight economic malaise wrought by the pandemic. Inflation, which hit a high of 7% last week, (the highest in forty years) was far higher than the 2% threshold set by the Fed, and hiking interest rates to tame it was unavoidable.

The investing community tries to estimate how many rate hikes (normally of 0.25%, or 25 bips, each) could be expected in 2022. Forecasts range from 2 to as many as 7 (by Bank of America) and Goldman Sachs). That would test the mettle and skill of Powell, as it did the puny tailor in the fable.

Some analysts are expecting the first hike, in March, to be more aggressive, perhaps 50 bips. What are the impacts of such rate hikes?

Negative, for equity markets. The value of a company is the net present value of future cash flows, plus a terminal value, discounted at a rate which depends on the Fed fund rate. The lower the rate, hence the denominator, the higher the valuation. And vice versa. So, anticipated  hikes in interest, by lowering valuations, cause a drop in the market. Technology stocks, which are generally highly leveraged, and have returns further in the future, are most vulnerable, and have fallen.

Negative for national debt servicing, therefore for fiscal deficit. US Government debt is $ 30 trillion. This excludes corporate debt and households. If interest rates rise 1%, the interest bill goes up by $ 300 b. To give a perspective, US defence spending in 2021 was $ 766 b. Can the world’s largest economy bear 7 rate hikes of 25 bips each? Unlikely. Perhaps 3 or 4 may be the limit.

For companies, negative. Commodity prices are rising . Energy commodity prices (oil) rose 106% in the year to Sep 21 and non energy prices rose 25.6%. Logistic costs are up, due to rising crude prices, rising freight rates and supply chain blockages. Wage costs are up due to labour shortages. Companies are having to incentivise workers by generous signing on bonuses. This is impacting corporate performance and, given high PE multiples, stock prices. When Meta, earlier called Facebook, declared disappointing quarterly results, its stock price fell a whopping 26%, making Meta worse.

So far, some companies have been able to retain profitability by raising selling prices, which are being accepted for now, as consumers have built up savings thanks to lower spending during the lockdowns and aided by stimulus cheques. That cushion will, however, quickly disappear as the economy opens up, as the omicron variant is less virulent than the previous, Delta. Besides, the stimulus cheques have stopped. So, the ability of companies to raise their selling price much, is debatable and, after rising input costs, corporate profit margins can dip.

Thanks largely due to QE money sloshing around, the S&P 500 ratio, at 25, is higher than the average range of 13-15. So the market is vulnerable to aggressive interest rate hikes.

The world depends, for economic growth, and trade, on two engines, USA and China, the two largest economies. In 2021, the US trade deficit increase 27%, to $ 859 b. This was thanks to increased imports due to lockdowns combined with stimulus cheques. But are such huge trade deficits sustainable? Unlikely.

The Chinese economy is also being impacted negatively by several factors. The woes of its realty sector, which accounts for 29% of its GDP, are known. Companies like Evergrande had overbuilt, and borrowed heavily to do it. It was like a huge ponzu scheme, with citizens who initially made money investing in property and flipping it in a few years for a handsome capital gain, creating a frenzy for repetitive demand.

The realty firms in turn paid high prices for land parcels auctioned by Chines provinces. The revenue from such auctions formed the bulk of revenue of these provinces, and this source has dried up.

Added to these woes was the severe power shortage which resulted in power cuts to manufacturing units (leading to production and export cuts) and to households (imagine living in a high rise with no elevator or heating). The power shortage was triggered by a decision of Xi Jinping to cut coal induced carbon emissions to have a pristine atmosphere as pure as the driven snow, during the Winter Olympics.

It is doubtful that Xi’s concern for the environment will continue after the Olympics end so domestic coal production will likely rise.

Further adding to this murky scenario is the Russia-Ukraine brouhaha, no laughing matter.

It’s rather strange. No country seems to want war. Russia does not; it seeks assurance that NATO will not expand eastwards, as had been verbally promised to it when Germany was unified and the Berlin Wall came down.

Neither does Ukraine. Nor Europe. Nor America which, after its humiliating and chaotic withdrawal from Afghanistan, hasn’t the stomach for a fight.

It seems the only ones rooting for a fight is the Military Industrial Complex, aided by some media, who keep hyping up the threat of one, rather than encouraging diplomacy.

World leaders would do well to hear Marvin Gaye’s song ‘What’s going on’ in which he sings war is not the answer, only love can conquer hate. Imagine if the leaders heeded that!

India’s central bank, in contradiction to the US Fed, took a dovish stand, keeping its rates unchanged, last week. What will not, however, remain unchanged, will be petrol prices, which can be expected to go up once elections in five states, which just began, get over.

Also unlikely to change in India is official disdain for protecting individual investors, victims of fraud and ponzu schemes. Indian investigative agencies and the judiciary give enough rope to perpetrators of the crime, who have enough stolen resources to get the best lawyers and other help, and enough rope to hapless victims to tie a noose with.

Contrast this with the successful work done by investigative agencies in USA to capture a couple of crooks who stole $3.5 b. from a crypto exchange, meticulously tracking the trail of the coins, despite efforts to hide it, and recovering the funds. The funds will be returned to the victims, unlike in India, where the agencies sit on them. The amount deposited by Sahara with SEBI, lies largely unclaimed and UN disbursed. Why does SEBI sit on these funds. Why can’t it envisage disbursing them to victims of other frauds? The US Government has, as an example, diverted half the funds of the Afghan Government, now run by the Taliban, its enemy, to the victims of 9/11.

In summation, the two largest economies have their own set of problems and would not contribute to economic growth or increased trade. The end of the Fed taper withdraws drinks from the house, that kept the party going. A little caution may be considered. 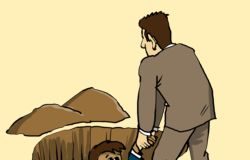 Much better not to fall into a ditch than seek to...

MARKET PERSPECTIVE By J Mulraj Aug 8-14, 2021 Mistakes policy makers have made ­­And oh! what a tangled web we weave when first we practice to deceive! There are...