Home JMulraj For want of a nail…..a kingdom was lost 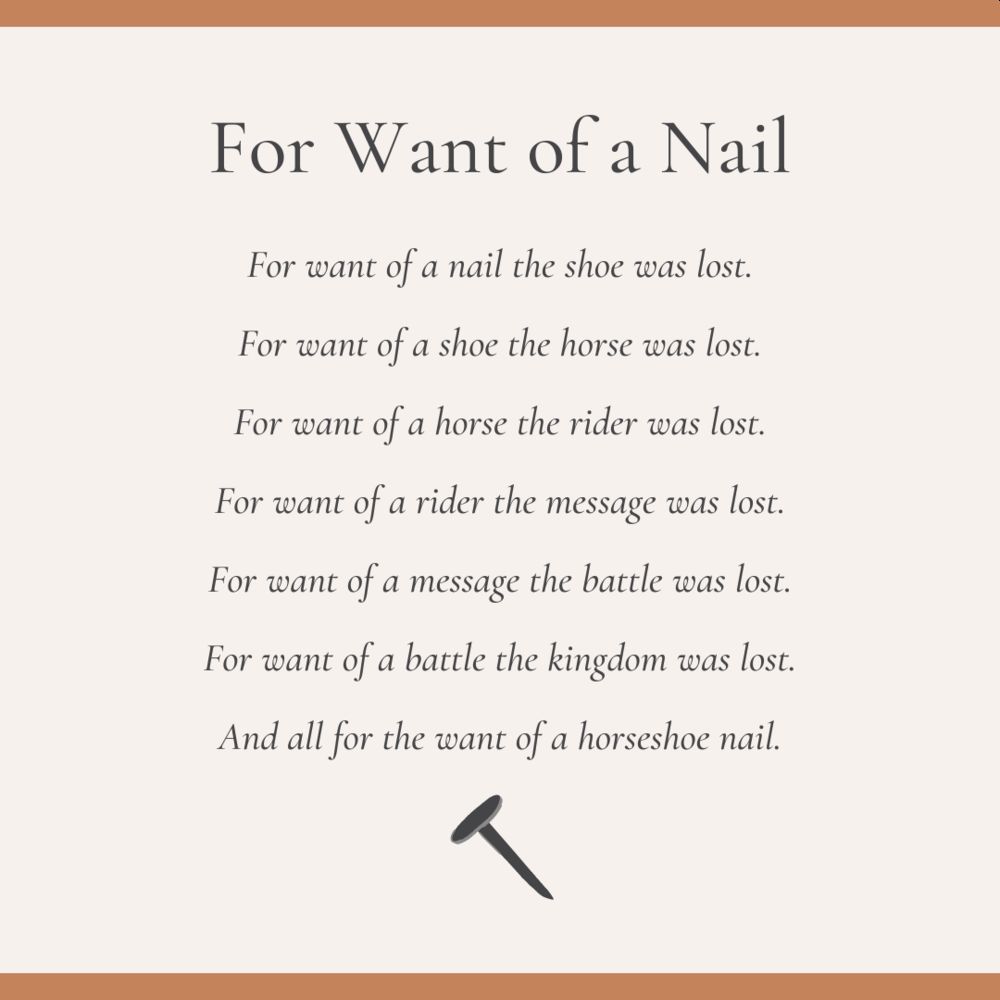 The consequences of policy decisions take a long time to manifest

As the Benjamin Franklin poem above indicates, the consequences of an act take a long time, and a series of mis-steps, to manifest themselves. In it, a kingdom was lost, all for the want of a nail!

The Russia-Ukraine war was completely avoidable had the West heard the message Russia was trying to convey, that it did not intend to invade Ukraine but wanted assurances of a stop to NATO expansion eastwards. Watch this video of a renowned professor, John Maersheimer, on the causes and consequences of the Ukraine war.

Now consider some of the wasteful consequences of that policy decision to not give the assurances asked for, but to insist on Ukraine’s right to make its decisions. Europe is heavily dependent on Russian oil and gas to power its economy and to heat its homes. Most vulnerable of all is Germany.

In order to replace Russian gas, which is piped to it (the cheapest form of transporting it, which was a factor in Germany’s economic success), Germany is doing several things. It is reviving its 70 coal fired power plants; it is contemplating a return to nuclear power (which had, under pressure from the Greens, been shut) and it is setting up facilities to use LNG.

If not through pipes, liquefied natural gas (LNG) has to be transported on cryogenic ships. It has to be first liquefied (gas converted into liquid) at the exporter end, and then regassified (liquid turned back into gas) at the importer end, requiring investment in a liquefaction plant and a regasification plant in the two countries. So a lot of European countries are setting up such plants.

Meanwhile, Russia, whose gas is not being sold to Europe via pipelines, has found a big buyer in neighbouring China. But the pipes going to Europe cannot be used, obviously. Russia/China  has to set up an alternative pipe infrastructure (costing time and money) or similar plants to liquefy and regassify, at both ends.

This means that the world has wasted an existing pipeline infrastructure, and is spending loads on new infrastructure, and then complaining that there are not enough resources to go around. Obviously there aren’t, if avoidable wars are started (avoidable through an assurance), resulting in thousands being killed or injured, or displaced, their lives upended. The policy makers who made such foolish decisions are safely tucked away in Washington or Brussels, but the common man is having to cope with inflation, food shortage and the possibility of recession.

Or consider USA. Gas (i.e. petrol) prices are above $ 5/gallon, something that can be a factor in coming elections in November, in which the Republicans are widely expected to regain control of Congress and the Senate. So Biden is trying his best to lower gas prices. He is flying to Saudi Arabia to meet with the King, and the crown prince, MBS, whom he earlier refused to meet, in order to beg Saudi to produce more oil. He has even sent an envoy to arch enemy, Venezuela, to produce more oil (which USA had sanctioned earlier). But domestically, he is unwilling to meet the CEOs of American oil companies (he asked the Energy Secretary to meet them when they were invited to the White House) but wrote a letter, instead, asking them to produce more gas (petrol). He does not want to listen to their reasons for being unable to. They pointed out that the last refinery to be built in USA was 44 years ago, in 1978, and the industry needs, first, permissions to build new refineries, along with pipeline infrastructure (to which he and the environmentalists say no), and to allow leases for fracking, alongwith other required permissions, to produce more domestic oil/gas.

Biden would rather go to other countries.

His motivation is that he is doing it to save the environment, discouraging the fossil fuel/coal industry because they emit carbon. But, as these columns mentioned, there can’t be a ‘no pee’ zone in a swimming pool. Other countries would produce the stuff, elsewhere, emitting carbons. And follow less stringent processes doing so.

One thought. The measurement of country wise carbon emissions should not be based on production of it but consumption of it! So if country A demands more stuff, all of which generate emissions in producing them,  and country B produces the stuff, the debit should go to A rather than to B, or at least to a mix of both.

Readers should read  this article by David Hay, a co-chief investment officer at Evergreen Gavekal. In it, he gives several interesting facts and examples of hypocrisy. As an example, everyone considers use of EVs are environmentally friendly. But EVs need to be charged with electricity and in China, for example, 60% of the electricity is generated from coal. So is it?

He also points to the dependency on China for the materials (rare earth elements, or REE) needed by the EV industry. The US imports 98% of its REE from China. Since 2019, lithium prices have risen 1000%.

All this, he says, is being done in pursuance of a zero carbon emissions policy. But, according to the EPA (Environment Protection Agency, USA), between 1990 to 2017, emissions of air toxics declined by 74%!! Chew on that for a minute!

Last week the BSE sensex rallied 1367 points to close at 52727. Prices of crude oil have fallen 14% from 2022 peak, as have other commodities like nickel (50%), Aluminium (36) and natural gas (33). But this is after a heady rise, induced by easy money, creating the ‘everything bubble’ referred to in my previous column.

Inflation, and the control of it by interest rate hikes, is the key factor. Inflation has led to public protests in several countries, leading to closures of airports in Brussels and in London, and a rail strike in UK on demands for higher wages. This, of course, creates wage inflation and a further demand for wage hikes. Which is why inflation needs to be tamed. Paul Volcker, a previous Fed chairman, had managed to, by raising interest rates to 20%.

With each interest rate hike, the stock markets would react negatively. And with food shortages looming, the possibility of famine is distinct. The UN chief warns of several countries likely to face famine in 2022.

The US Fed is also going to tighten liquidity by embarking on QT or quantitative tightening. So lower liquidity combined with more expensive capital. Not really the ingredients digestible by  a bull. 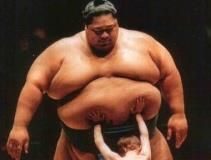 INVESTMENT PERSPECTIVE By J Mulraj Jul 24-30, 2022 Geopolitics will affect markets Jerome Powell raised, yet again, the Fed fund rate by 0.75%. As the image above shows,...