Home JMulraj A tissue, a tissue, we all fall down 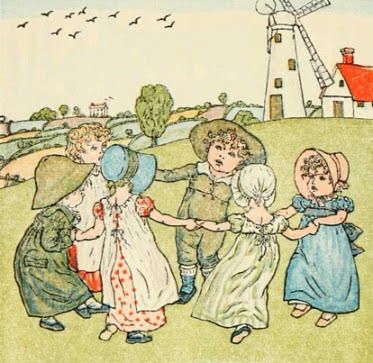 One of the advantages that Joe Biden professed having over Trump, in the run up to the last elections, was his ability to create, and maintain, global alliances. These would be needed, primarily in the economic war with an increasingly belligerent China. Russia was not, then, considered a threat, neither economically nor militarily. Let us look at some of these alliances.

Trump had antagonized the EU, and NATO, averring that Germany was overly  dependent on, and thus vulnerable to, Russia for its energy needs (proved to be true later, but frowned upon, then, as unsolicited advice), and demanding that EU bear their share of the cost of defending themselves, and raise their defense budgets to 2% of GDP.

Trump’s analysis was correct, but the EU’s, especially Germany’s, strategy to remedy dependency on Russian energy, by increasing the share of renewables, was too slow. The EU is now paying the price for not taking Trump’s advice sooner. Biden did, though, initially manage to cobble allies, and to strengthen, the NATO alliance, in joint actions against Russia, for its invasion of Ukraine.

But the EU had been too slow in its transition to renewable energy, and was still overly dependent on Russian fossil fuels. Cutting off Russian oil/gas was like picking a fight with your bullet supplier! Severe shortage, and much higher prices of, Russian oil and gas have hurt European, especially German, industry and citizens. Germany based BASF, the world’s largest chemical company, is seeking to shift its global manufacturing base to Asia. It’s energy cost in the first 9 months of 2022 added €2.2 b. to its energy bill (https://youtu.be/-d9rY1uFGug). In UK reknowned car maker BMW is shifting its EV plant to China next year (see https://youtu.be/c4dVmwk3eIw).

Besides corporate action, people in France, Italy, Germany, Moldova and other countries have started a Quit NATO movement (https://youtu.be/fpKPIQHmd4o). They are suffering from high energy and food costs, and fear that warmongering may lead to a catastrophe.

EU leaders are castigating the US for imposing high prices for American LNG, which is badly needed after cessation of cheap Russian gas, at the prodding of USA.

There is now a new twist in the tale! USA is now asking for greater accountability of weapons it has supplied to Ukraine (https://youtu.be/q7XGI6nFcQI). it’s feared that a substantial part of the weapons are being sold, probably by Ukrainians, and not reaching the front line. If this is true,  the grime and depravity of war would turns believers into cynics. Anything is possible.

So, NATO, as a US led alliance, has weakened and seems to be a tissue, a tissue, falling down.

In August 2022, Biden passed the Chips and Science Act, to provide $ 180 b. in new funding for research and production in the semiconductor industry. In October, seeking to hamper China’s ascendancy in the technology sector, it targeted Americans working for semiconductor firms in China, compelling them to choose between US citizenship and their job. They all quit their jobs. But China retaliated by sounding a clarion call to Chinese studying/working in US colleges/semiconductor companies, to return to China. Some have heeded.

The US further imposed a blanket ban on sale of equipment and tools, like, eg, asking Dutch company ASML, not to supply crucial lithography machines, crucial for chip making, to China.

But China can, and is, fighting back, drawing on its strength as the largest consumer. Telecom giant Huawei has developed photonic chips which do not require lithographic machines to make them (see https://youtu.be/K16chjGp8QU).

ASML has restored China’s eligibility to buy its equipment (https://youtu.be/fXGHD18NBKc). Sale of semiconductor equipment to China was $ 29.6 b. last year, up 58% and accounting for 29% of global sale. Taiwan, too, has pressure, as 21% of its chips going to China. Two of Taiwan’s fabs are located in mainland China (https://eurasiantimes.com/decoded-why-us-led-chip-4-alliance-are-in-hum-haw-to-hurt-chinas/?amp).

Similarly, Germany has approved the takeover of its semiconductor company, Elmo, by Silex, of Sweden, which is owned by China’s Sai Electronics (https://www.politico.eu/article/report-germany-government-chip-plant-china-despite-secret-service-warning/). This is shortly after Germany approved the takeover of its container port at Hamburg by Chinese company COSCO. The stupidity of German leaders in shutting down supply of cheap, piped, oil/gas from Russia is now coming to light. It’s largest chemical company, BASF, is moving out, due to unaffordable energy cost, and it is needing to sell its port and semiconductor plant (producing chips mainly for automobiles), to China.

With Holland and Germany caving in, and Taiwan under pressure, this CHIPS alliance of USA is also, a tissue, a tissue, falling down.

In 1973 oil producing nations agreed to an oil embargo to protest Israeli occupation of the Sinai. Oil prices shot up. President Nixon, along with Henry Kissinger, signed an agreement with Saudi Arabia under which, in return for Saudi Arabia selling its crude oil in US $, the US would guarantee it safety and military support. Following the lead of Saudi Arabia, the world’s largest oil producer, other countries followed, and priced their crude oil in $. This created a demand for the US $ and, since they were kept outside of USA, to the term ‘petrodollar’. The US $ thus became the world’s reserve currency, which allowed USA to live beyond its means, running up huge deficits, borrowing to fund them. It also resulted in low inflation, as the petrodollars did not flood the money in circulation internally. Crucially it gave US extraordinary powers to sanction countries they disfavored.

However, in March 2022 Saudi Arabia said it would consider pricing its oil in Chinese renminbi and in September 2022 Russia agreed to sell it oil to China in its currency. If more countries join the move away from the US $, its role as an international central currency, hence its ability to borrow to finance its deficits, will be diminished. Relations between USA and Saudi have worsened after the latter, as head of OPEC Plus, recently decided to cut oil production quotas by 20%, shortly after Biden went to Saudi to fist-bump MBS seeking to get Saudi to increase production. High petrol prices were hurting the prospects of the Democrats in the November primaries.

Japan has also decided to continue its partnership with Russia for joint development of the Sakhalin oil fields.

The alliance with Saudi, first started in 1945, and fortified in 1973, is vital for USA and for the stability of the current global financial system. The US also needs revenue from sale of weapons to Saudi Arabia, the world’s largest defense equipment importer, with 11% of total imports (India is also at 11%).

The US Fed maintained its hawkish stance on inflation and raised interest rates by 0.75%. US markets tumbled after the announcement, as it heightens the risk of a recession. After negative GDP growth in Q1 and Q1, US GDP grew 2.6% in Q3, aided by high prices of LNG exports to a Europe starved for energy.

But USA is facing problems, like all other countries. Diesel stocks are low, perhaps around 12 days requirement. The Railways have been unable to yet reach an agreement on wage hikes, and if there is a strike, transportation of goods will be hit by both rail and road. The economy would get railroaded. The mid term election results would be announced soon and the Republicans are expected to get a majority in Congress and, perhaps, in the Senate too. Should that happen the out of control spending will be curtailed, and credit would get tightened.

India’s core sector grew by an encouraging 7.9% in September and corporate results are, largely, good. Q3 net profits of Airtel improved 89% and of L&T 25%, though Tata Steel was lower by 90%.

After the grant of a third term to Xi Jinping, and after his opening talk at the National Congress meeting, which displayed his intention to reunify China and Taiwan, with force, if necessary, and to have a more inward looking policy, a few big institutional investors, like Tiger Global, have veered away from investing in China. This would benefit India, in terms of a greater presence in global indices, used by funds to allocate money, and thus lead to greater FPI inflows. The long term India story is good. In the short term, the risks of war (ongoing and potential), the quantitative tightening and the rising interest rates would temper the rise. 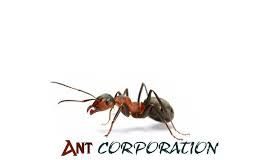 MARKET PERSPECTIVE China taps global capital more efficiently By J Mulraj --  Oct 25 - 31, 2020 It is paradoxical. At a time when Covid has wrought economic...