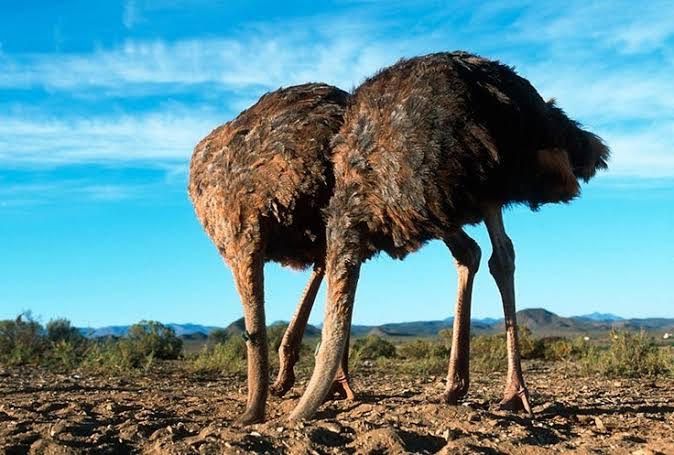 A recent report in Washington Post says that the US is asking Ukrainian President Volodymyr Zelensky to be willing to negotiate peace with Russia, without preconditions, such as his insistence that Vladimir Putin steps down, first. A welcome development, though one that begs the question why it took a world leader this long to talk peace, for a war that has caused so much suffering, and which could easily have been avoided with talks before it began.

The Ukraine war has resulted in lost lives and limbs, broken families through migration, destroyed infrastructure, hugely damaged the environment, de-industrialised Europe, made civilian life a living hell, and led to more wasteful defense spending by all nations. And for what?

Have global leaders today forgotten the ravages of two world, and countless other, wars? Have they so deeply stuck their heads in ideological sands of hate towards their adversaries, to be oblivious to the depredations and destruction of conflicts? To the extent of even ignoring the risk of a nuclear one?

Had he been alive, Sir Walter Scott may well have written “breathe there some men with souls so dead, who never to themselves hath said, this is our own, our native Earth”.

Look at the sad consequences. The pledges made by the global polity at COP 26 have flown out of the window, as have any hopes of capping global warming to 1.5 degrees, by 2030. The transition from fossil fuel to renewables has been too slow. The fossil fuel industry was needed as a bridge, yielding cash flow till such time as alternative energy sources were ready to provide global needs.

Watch this video. At around 4:50, ‘the USA needs, according to IEA, 50 more nickel mines, 60 more lithium mines and 17 more cobalt mines by 2030’, if it wants to transit to a 100% EV world. That’s an impossibility. What’s ironic is that the persons demanding 100% EVs are also espousing ESG (environment, society and governance) norms to determine funding, and so denying funding to those industries, trying to mine for nickel, lithium and cobalt, which they want to succeed! Unless they discover a method to have their cake and eat it, too, this can’t happen.

Using ESG norms, the fossil fuel industry has been starved of funds to invest for new oil fields. It takes a few years for oil to start flowing, thus resulting in the current crunch and high oil prices. Several EU countries are using coal, reviving old thermal plants, which has demolished chances of meeting COP 26 pledges by 2030.

Technology will provide options to help phase out fossil fuels (such as EVs or Small Modular Reactor nuclear plants, or tide energy) but that is in the future, and is subject to availability of rare earth minerals. So the decision of the West to provoke a war with Russia, and cut off energy supplies, without an alternative, is symptomatic of an ostrich with a low IQ, burying its head in the sand.

But greater electrification is a technology use in the future. India’s polity is, in refusing to adopt existing technology solutions to tackle the abysmal smog in North India, particularly in Delhi, behaving even worse! Three years ago, an incubator lab in IIT Delhi found a solution to stubble burning, the cause of the smog. The smog emanates in the farm belts of Punjab and Haryana, because farmers burn (rather than cut) the post harvest stubble. About 20 million tonnes a year! The smoke from this is carried to neighboring states, including Delhi, India’s capital city, causing health issues and traffic accidents. Farmers burn stubble to avoid paying the cost of cutting and disposing it.

The IIT incubator found a way to create biodegradable cookware from the stubble, the sale of which helps cover the cost of cutting and transporting it. The fact that available technology has not been used for three years, but is harming citizens of neighboring states, demonstrates the ostrich like behavior of uncaring and thoughtless political leaders. All the more shocking because leadership in a state causing the smog, and the one suffering it, is the same!

It was at the Copenhagen COP Paris in Dec 2009 that the developed countries agreed to financially support, with $ 100 b., poorer nations in their transition to green energy. They were responsible for much of the carbon emissions, which are now threatening the poorer nations most, especially island and low lying one that are at risk of inundation. They have reneged on that promise. It’s not as if  raising the money is a problem; after all, they have provided, between Jan and Aug ‘22, $ 84 b. in humanitarian, financial and military aid to Ukraine! So there is willingness plus resources to finance the continuation of a war, which destroys the environment, but neither to help protect it!

That is an ostrich on steroids behavior!

The US Fed just raised interest rates by 0.75%, the fourth such raise in succession, in its fight against inflation. But, thanks in large measure to China’s zero tolerance policy, and lockdowns, the growth in industrial production in this, the #2 largest world economy, has slowed. This has brought down commodity prices. Quarter-on-quarter freight index is down 70%, crude oil down 5, cotton 30, gas 25, coal 15, chemicals 10-20. So from supply and demand side inflation, we are now entering a period of deflation. Ark Invest founder, and disruptive technology expert, Cathie Woods, thinks so. She also points out to huge inventories of retail product, and falling demand. The inventory would be cleared through discounting during the coming festive season.

The US consumer price index for October has come in at 7.7%, lower than expected, causing a rally in stock markets, on expectations that the Fed may ease on further rate hikes.

LA Times reports that Ukraine’s president Zelensky has dropped his earlier precondition for peace talks, that Putin resign first, and vacates all captured territories, and has agreed to talks without preconditions. This is a relief, as there were reports of Putin willing to use EMP (electro magnetic pulse) weapons. These aren’t nuclear weapons. They don’t kill people or damage infrastructure. But they short circuit and cripple electrical and electronic equipment, including defense equipment. It’s possible that Russia, which has gathered some 300,000 more troops, may move in, once the ice freezes (any day now), perhaps after an EMP attack using a Zircon missile. The window for the dove of peace to fly through, is open till winter truly sets in.

Longer term (say over a year), stockmarkets, driven by technology, will do very well. In the immediate future, they will move on the actions taken by global polity. If they pull their suffocating heads out of the quagmire they have, themselves, stuck their heads into, and put on John Lennon’s ‘Imagine’ on Spotify, markets will rise. This hopes, too, that China does not undertake a misadventure in Taiwan. Let’s see if Biden and Xi, meeting at the forthcoming G7 summit in Indonesia, agree to jaw-jaw rather than war-war.

However if Biden, Putin and Xi try to emulate Atilla the Hun, and ululate to the beat of war drums, the markets would continue its downward slide.

So it boils down to whether political ostriches lift their heads or shake their butts!

http://www.firstpost.com/india/slush-around-defence-deals-bribe-givers-are-penalised-but-bribe-takers-are-seldom-convicted-2823408.html#disqus_thread Slush around defence bribery deals: no major defence scam has resulted in a conviction Last month, the Government of India announced that it was cancelling...