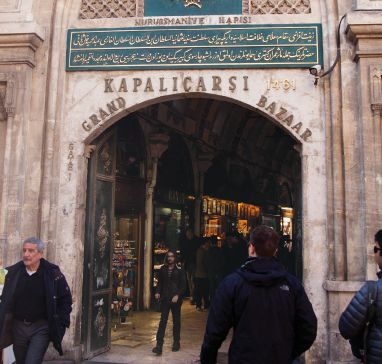 The key to Turkey’s success

The country has cleaned up and revitalised its gold trade. Can India follow suit?

Turkey is the fourth-largest consumer of gold (dwarfed only by India, China and the US). But it is the one country most gold players have been watching for the past few years. India should be studying it too ( http://www.dnaindia.com/money/report-policy-watch-here-s-what-fm-could-learn-from-turkey-about-gold-1962499 )

In many ways, Turkey is similar to India. Gold plays an integral part of the social fabric. It is given as a gift at weddings, at the birth of a child, and even after the circumcision ceremony. Like Indians, Turkish people love gold and put some of their savings into purchasing the yellow metal.

But unlike India, Turkey has witnessed a drop in its bullion imports. But this was possible only on account of several measures the country undertook since 2007. It permitted banks to import gold. Gold refineries were attached to banks, so that the gold that was deposited with banks could be assayed or refined, or both.

By 2011, according to the World Gold Council (WGC) an innovative central bank policy incentivised commercial banks to create a range of gold-backed banking products to mobilise Turkey’s stock of “under the pillow” gold that millions of people have collected in their homes and bank lockers over decades. Policymakers have now successfully seen around 250 tonnes of gold (US$10.4bn) drawn into the financial system and put to work supporting Turkey’s economy. And it allowed banks to designate 30% of their required reserves in gold deposits.

Since Turkey practices Islamic banking, depositors of this gold do not get interest on the amount of gold deposited. They instead become participants in the profits earned on this gold. This gold is lent out to goldsmiths who, in turn, fabricate jewellery. They pay back for the gold at a pre-negotiated price, or replace it with gold — volume for volume — plus a bit more as previously negotiated.

This has allowed the trade to get gold from the banks which get it through imports but supplemented by gold coming from depositors, and through refiners. Some of the refineries are LBMA and Comex certified, thus making the bars and coins they produce acceptable by other countries as well. In 2012 alone, gold fabrication, consumption and recycling added at least US$3.8bn to Turkey’s economy.

At the same time, it has encouraged people to invest in gold — not just in jewellery. People can purchase gold from banks, through the Internet, and also through gold ATM machines. Gold is made available in denominations ranging from just one gram (gm) to 500gm, though larger quantities can be purchased from either the banks or from gold refineries.

Gently, the trade has taught its people to give gifts of gold, instead of gold ornaments, thus making their investments more fungible, without sacrificing the traditional concept of owning gold ornaments as well.

In fact, some major transactions are carried out in gold. For instance, a gold retail shop in Turkey’s Kapalicarsi or the Grand Bazaar — which has been in existence since 1461 — was sold for 135 kg of gold.

Turkey, today, allows any citizen from any country to gift gold to a resident in Turkey through the Internet. You can purchase the gold through any Turkish bank website as an e-commerce transaction. The person in Turkey gets a text on his/her mobile, with a code, which when fed into a gold ATM, hands over the metal to the recipient of the gift.

Significantly, it has also improved the fortunes of its 3.5 million gold artisan workforce, which has begun increasing its market share in the export of gold jewellery.

Like Turkey, India too has the “under the pillow” gold, estimated to be anywhere between 22,000 tonnes to 25,000 tonnes. This gold, if brought into productive use, could actually reduce India’s import of gold (http://www.dnaindia.com/india/report -convert -india-s-gold -rush -into -a-vibrant -industry -1980330).

For instance, the government could canalise all gold import through designated Indian banks at an import duty rate of not more than 2.5%.

Banks, in turn, could offer this gold to gold refiners and the trade at an additional 2% duty. The cumulative 4% levy on gold import would disincentivise smugglers who find sneaking in gold very profitable, thanks to the current 10% import duty.

As any student of economics will tell you, smuggling not only increases the appetite for gold, it also corrodes the value of the domestic currency. More worrisome is that once smuggling channels are set up, these channels could also be used for smuggling in drugs and worse still, arms by terrorists.  Hence it is imperative for any government to ensure that gold import duties are never allowed to exceed 5%.

Refiners and designated banks could also invite gold deposits against participatory profit sharing, as in Turkey, or a simple interest rate of 1%. If India could also allow banks to designate some — say 10% — of their reserves (SLR and CRR) in gold, it would let the demand for gold jewellery to be met through gold deposits, temple gold, and even gold from refineries. Only the incremental amount would have to be imported.

The biggest benefit would go to India and China who control over 50% of global demand for gold.

It would also allow the 3.5 crore people engaged in the gold trade to gain easy access to gold.  Coupled with the strict implementation of hallmarking, it could help clean up the gold trade in India — just as was done in Turkey.