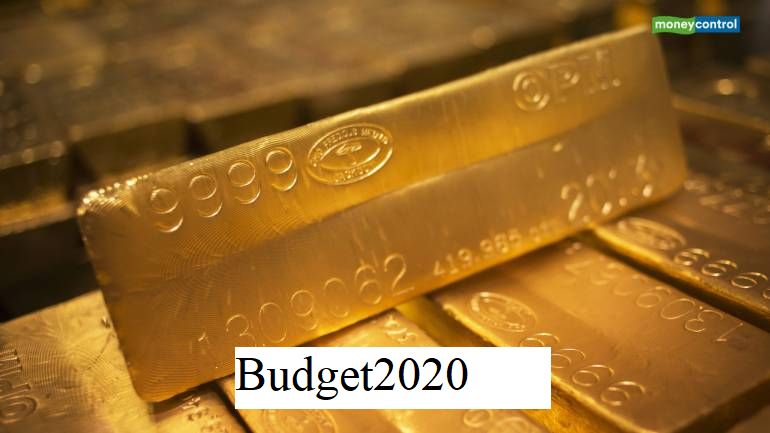 Successive governments in India have waffled on gold policies for long (http://www.asiaconverge.com/2019/11/urgent-needfor-gold-reforms/). As a result, the entire gold trade was allowed to either go underground, or go to seed.

The truth is that India’s fascination with gold is several centuries old.  Listen to how Roman senators grumbled that their women used too many Indian spices and luxuries which drained the Roman Empire of precious metal. Pliny, the Elder, in 77 CE called India ‘the sink of the world’s precious metal’ in his encyclopedic work on classical Rome, Naturalalis Historia.” (The World of the Tamil Merchant – Pioneers of International Trade by Kanakalatha Mukund — https://www.amazon.com/World-Tamil-Merchant-Pioneers-International/dp/0143424734) . The book talks about how Rome consumed more than she produced and a large part of the gold went to South India. So plentiful was the supply of Roman gold coins, that Emperor Kanishka melted roman coins and embossed his own image on them. By the third century Rome banned trade with India.

When the Europeans came to India in 1498, they prudently brought in gold and silver. Vasco da Gama reports of “large cities, large buildings and rivers, and great populations” and that the Indians could not be persuaded through baubles or trinkets.  They wanted nothing but gold and silver.

This inward flow of gold continued till the East India Company lured Indians with fabrics from Manchester. That, the railways and other ruses of the UK Raj began impoverishing India.  The government of India, through successive governments, did precisely the same thing post independence. The trade was not allowed to grow.  It was harassed.  In fact, Indian traders never lost gold, till flawed government policies tilted the scales against them.

The result was that much of the trade went underground, because the governments – from 1965 to 1990 – did not allow people even to own primary gold.  In the few years that gold was liberalised, there were hopes that this trade would regain its glory. But the government stupidly decided to levy import duties, which kep0t on increasing till they reached the current level of over 15% (12.5 + 2.5). Anyone familiar with the gold trade knows that nay duty of over 5% is actually an incentive for smugglers because 5% of the market price of gold is approximately the cost of smuggling in gold.  This includes interest costs, the grease money that has to be paid to handlers at the borders of both the source and destination countries. And then the cost of finding the right channels through which gold is allowed to find the eventual customer.

Check with the trade.  Gold imports, irrespective of pricing, have always been buoyant.  The only exceptions were 2012 and 2016. In 2011, gold import slumped because of high gold prices globally, but not in India. In 2016, gold imports fell because of demonetization and a 42 day strike by jewelers against the levy of excise duty on the yellow metal.

Trader sources will also tell you that smuggling in of gold was on the decline ever since the much hated Gold Control Act was repealed by the government on 6 June 1990.  But smuggling reared its head in 2012 when an import duty of 6% was slapped on gold – a notch above the 5% rule-of-thumb mark.   Import duties were then raised to 8 per cent, then to 10 per cent and 12.5 per cent (with an additional GST of 2.5%). The result is that today gold smuggling is extremely lucrative, and is estimated at 100 tonnes a year on an average. Considering a price of Rs.10,000 per 10 grammes, this means a value of Rs.30,000 crore a year.

Smuggling does two nasty things for any economy.  First, it corrodes the value of the domestic currency faster than most people imagine.  Smuggled gold is paid for in US dollars purchased on the black market (or in exchange for opium, which too has a notional dollar tag).

Second, the longer the smuggling activity continues, the stronger does the smuggling channel become. That becomes like a reliable pipeline.  Thus, if today it is used for smuggling gold, tomorrow it could be used for drugs, or even clandestine arms. Gold thus subsidises other illicit trades. And the authorities have never seized even 10% of the gold smuggling in (http://www.moneycontrol.com/news/business/economy/duties-taxes-corruption-how-the-government-abets-the-smuggling-of-gold-2324877.html).

Today, instead of gold coming in from the Middle East, it comes from almost all the neighbouring countries (https://www.moneycontrol.com/news/business/economy/how-the-governments-gold-policies-make-indias-neighbours-richer-and-this-country-itself-poorer-4574121.html). All of them have begun importing gold even though they are neither gold jewellery exporters, or domestic consumers. Obviously, therefore, India’s flawed policies are making our neighbours richer, and India poorer.

So what should the government do.

Second, trust the trade.  It will bring in more gold that it purchases – either through re-export of the metal, or through export of jewellery.  The trade is more adept that government babus.   Hence, do not prevent export of gold sheets or gold powder.  Stop this ban on round-tripping.  What is wrong if a trader imports gold at a lower price and then re-exports it at a higher price? Bring in rules so that the amount the banks get is always more than the amount that goes out. There are ways to do this, without encouraging either corruption, or stoppage of trade.

Third, remember, India is the largest repository of gold in private hands – some 25,000 tonnes (worth Rs.7,500 lakh crore rupees – whew!!!). Much of it is with small income people, farmers, traders and the like.  They like to pawn gold when they need money and redeem their mortgages when they have cash.  Today, gold loans account for around Rs.1.6 lakh crore (see table).  And even this is only 3.5 per cent of the total gold stocks in India.  And this is only 44% of the gold loan market, as the rest goes to the unorganised money lender market and small pawn shops. The greater the share of the organised market, the more will India realise that gold is a productive asset, akin to the best of mortgages that an individual can keep with himself.  It provides people with an unofficial credit rating, and the ultimate hedge against uncertain times.  Remember, when the floods ravaged Kerala recently, most people realised that the only valuable they could salvage was gold.  The demand for gold increased after the floods receded. So make rules that help the organised sector grow.

Finally, remember, that the gold business is truly make-in-India.  Its designs, its skills and its trade instincts are quintessentially Indian. It employs over 3 million people, hence is an employment generator as well. That is why the government needs to have a separate regulator for gold.  It needs to have one ledge r for gold seizures.  Today, the customs has its vaults, as does the enforcement directorate and the RBI.

If the finance minister can create a separate independent gold regulator (stocks worth Rs.7,500 lakh crore rupees demand this structure), half the problems will get sorted out.  The reduction of import duties is something that must be done immediately.  The rest will happen when the regulator steps in.