How poor are India’s slums?

In order to understand what the numbers in the chart alongside signify, it is essential to first comprehend what the Census means by a slum.  As C Chandramouli, Registrar General & Census Commissioner, puts it, “A slum, for the purpose of the Census, has been defined as residential areas where dwellings are unfit for human habitation by reasons of dilapidation, overcrowding, faulty arrangements and design of such buildings, narrowness or faulty arrangement of street, lack of ventilation, light, or sanitation facilities or any combination of these factors which are detrimental to safety and health.”

He goes on to add that slums have been categorized as:

Notified Slums are those slums in an urban area which are notified by the respective state government or administration as a slum as defined in the laws drawn up for that territory.

Recognised Slums are those clusters of dwellings that are recognised by the relevant local authority as slums, but have not yet been notified under the prevailing laws applicable to that territory.

Identified Slums are those dwellings that exist in a compact area comprising at least 300 people or about 60-70 households living in poorly-built, congested tenements, in unhygienic environment usually with inadequate infrastructure and lacking in proper sanitary and drinking water facilities.

These definitions are important, because the 2011 Census has — for the first time — covered data on housing stock, amenities and assets. Earlier, in Census 2001, information on slums was released only on demographic characteristics based on the population enumeration.  Slum blocks were identified in urban areas classified as towns and which had a population of 20,000 or more at that time. In Census 2011, slum blocks have been delineated in all statutory towns irrespective of population size.

The second relates to four-wheeler ownership, where the slum percentages are almost a third of non-slum numbers.

But look at other kinds of assets.  Both have similar access to water, electricity, telephone, radio and bicycles.  Scooter and motorcycle ownership is lower in the case of slums, but not terribly lower.

Therefore, what slums require is not subsidised water and electricity as much as decent dwellings, with bathrooms and toilets.

But that is a real estate problem. It is also a problem of proper administration.  At least two sets of laws could remedy this problem — if only there is political will to redress such wrongs.

One is the introduction and implementation of laws relating to taking up houses on rent.  It would also prevent the formation of slums.

But a casual look at Mumbai’s real estate landscape reveals that it is extremely difficult to get a house on rent in Mumbai, even though more than 50,000 flats are said to be locked up and left unused. That’s because the real estate lobby wants the government to encourage ownership of property, not the renting of it.  Hence laws are so designed that landlords are invariably at risk.

The other need is for a clear policy for building large numbers of affordable homes.  This is possible if the state does not try to make money from the sale of land or floor space index when it comes to building homes for economically weaker sections.

And since legislators are known to be hand in glove with the real estate ‘mafia’, affordable housing remains merely a pious thought.  Hence, small numbers of affordable homes are made each year, so that those who ‘get’ them are considered lucky.  It becomes another lottery scheme.  It also helps prop up real estate prices.

But there is one peculiarity about house ownership patterns among slums. There is a faster growth in the number of households in slums than in slum population compared to the numbers of the earlier Census.

This could be because many subsidies are now being offered on a household basis — the number of units of subsidised electricity units per household, or the number of gas cylinders per household.  There is thus an inbuilt incentive for creating more households thanks to the subsidy structure.

Another interesting discovery is that Maharashtra has the maximum number of slums.  Could this be on account of the temptation to rig elections through demographic tinkering? How do other states fare on this front?  Keep watching this space. 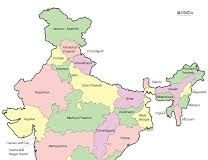 6th Economic Census: States that were determined to generate wealth

http://www.freepressjournal.in/analysis/states-that-were-determined-to-generate-wealth-r-n-bhaskar/933490 6th Economic Census: Maharashtra stumbles again, while other states  generate wealth All state governments are known to tout their successes.  All of them claim that...