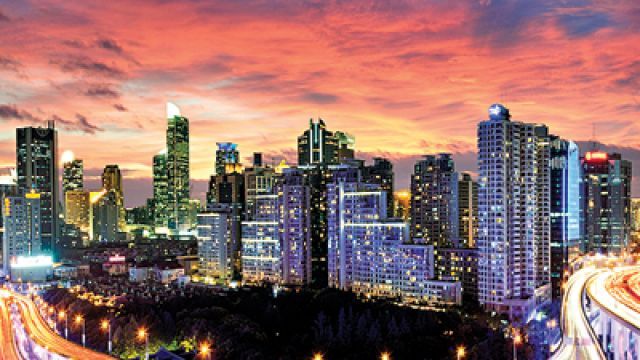 House that for a change?

This is a story meant for India’s policymakers.

Like most stories, it has a moral too. It is particularly relevant for all those who believe in “Make in India”, in the basic minimum dignity that any Indian must enjoy, in affordable housing, and in the urgency of creating millions of new jobs each year (http://www.dnaindia.com/analysis/standpoint -indianising -india-narendra-modi- s-challenges-and-long-term-strategy-2038996). More importantly, it is about how a nation can regain its dignity and pride; even without kowtowing to foreign direct investment or budgetary deficit.

The rise of the Iranian Republic

It is 1979. Mohammad Reza Pahlavi, the Shah, abdicates power and Ayatollah Ruhollah Moosavi Khomeini becomes the Supreme leader of Iran. The uprising itself had much to do with Iran’s pride. The Shah’s economic regime has left each city pockmarked with slums where living conditions are abject, yet adjacent to extremely wealthy settlements. Just like in Mumbai.

The revolution has been triggered by an explosion of rage over the Shah’s decision to sign the “capitulation clause” which forbids Iran from prosecuting any US citizen (soldier or civilian) for any crime committed in Iran. Almost coincidentally, 52 American diplomats and citizens are held hostage for 444 days (November 4, 1979, to January 20, 1981), after a group of Iranian students, supporting the revolution, takes over the US embassy in Tehran. The US imposes sanctions against Iran. The US then tries to rescue the hostages on April 24, 1980. But the attempt proves abortive — resulting in the death of eight US servicemen, one Iranian civilian, and the destruction of two aircraft. Finally, negotiations between Iran and the US, with Algeria acting as mediator, result in all the remaining hostages being formally released.

But the sanctions hurt Iran. Khomeini’s desire to uplift the poorer populations of Iran and to eradicate its slums remains largely unfulfilled. This dream is taken up by Mahmoud Ahmadinejad (who becomes President of Iran in 2005). He, too, is keenly aware of the tremendous squeeze on foreign exchange reserves, primarily caused by the US-imposed sanctions.

But he also knows that Iran has a very young, not-well-educated, population. If such large numbers of youth become disaffected, the situation can become politically volatile. He announces two key schemes that can transform Iran. They can help reduce the gap between the affluent and the poor, and would also go a long way towards preventing social unrest.

Ahmadinejad got his government to adopt a “Future of Youth” scheme, under which the government would contribute 1 million Toman (roughly equal to US$1,000 then) to the account of every child that is born. Thereafter, the government would contribute another 10,000 Toman for every 20,000 Toman deposited by the parent into the child’s account. The first ‘gift’ helped create a corpus for even the poorest of children. The second exhorted even the poor to save money for their children.

This money could not be touched, withdrawn or mortgaged till the child was 18. At that stage, the boy and girl (both 18 years old) would have a tidy sum between them and could use it to purchase a dwelling, or even start a business.

To eradicate slums, Ahmadinejad announced the “Meherbani” housing scheme. The government gave lands on the outskirts of each city free-of-cost to developers with suitable caveats on the size of the dwellings and the prices at which they ought to be sold. All ‘affordable’ houses were to offer at least 700 sq ft of living space. Such houses could be as large as 1,000 sq ft in area, depending on whether the couple could put up the additional cash required to purchase a bigger house. Unfortunately, both schemes did not work very well, because of terrible economic conditions prevailing at that time. It was Hassan Rouhani, the next president of Iran, who went about making these schemes a success. Between 2007 and 2013, almost 4.4 million homes were taken up for construction, of which 1.5 million homes have already been delivered and the rest are expected to be delivered in two years’ time. Besides the humanitarian angle, there was a brilliant political strategy at work as well. Such schemes required very little of money upfront. They made use of locally available sand, cement, fuel (oil and gas) and steel. They encouraged savings, and created tens of thousands of jobs for locals.

Thus without any surge in imports, Iran met the two critical demands that impoverished youth have — food and shelter. It gave the government the breathing space to put into place other measures like education and infrastructure. Iran escaped the blight of slums, and the danger of civil unrest. It even survived sanctions.

Unlike Iran, India does not face sanctions. But it has a very large young population, mostly without good education (http://www.dnaindia.com/analysis/column-policy-watch-barbarians-at-the-gate-2031499). Almost 40% of this population needs both food and shelter. The government is working on a food security plan. But the nuts and bolts of a plan for affordable housing are still not in place. India needs to create jobs as well. Already, India needs to provide shelter to 18.7 million households. And it needs to provide an additional 1.2 million shelters each year. This annual incremental number could swell to six million in a few years’ time (more on this next week).

Much of the raw material required for houses is available locally. Indian developers have the required technology. But the policies and political will are missing, pious posturing notwithstanding. Profit maximisation — often in collusion with the real estate mafia — appears to have assumed precedence over the need to shelter people and create new jobs.

dna’s estimates show that each dwelling can be provided at less than Rs3 lakh, or a rent of under Rs3,000 a month. The price or rental would be less than what slum-dwellers currently pay for their (tinier) shanties to their slumlords in Mumbai today.

Moreover, slums largely benefit slumlords who pocket the money after sharing it with other stakeholders — usually the municipality, the police and the elected representatives. They benefit the politician as well, as he uses these slums as his own vote bank (http://www.dnaindia.com/analysis/column-policy-watch-the-state-as-slumlord-2068903). The problem needs urgent redressal. After all, no nation has made it big, with almost half its population living in depraved conditions that brutalise the human spirit. Of course, there are solutions. But how? Watch this space.

http://www.freepressjournal.in/analysis/more-homework-needed-for-industrialisation-r-n-bhaskar/893790 MIDC: How industry gets sabotaged, land-grab abetted, and extortion ignored The Constitution of India has a very interesting section which most people are not very...