FSSAI and the abuse of law

Timeline: early 1980s. India sees the emergence of a new form of blackmail. A trade organisation, Retail Druggists’ and Chemists’ Association (RDCA), decides to selectively target manufacturers and ‘ban’ the sale of their products from all chemist- and druggist counters in Mumbai. This strategy is soon adopted by RDCA’s counterpart in Kolkata.

RDCA hones in on Glaxo. Its pharmaceutical and milk products go off the shelves for several months. That hurts Glaxo grievously, because Mumbai was (and is) a big consuming centre and also a major hub for onward distribution to other chemists across western India. Glaxo finally settles with RDCA. The settlement price is said to be huge. It agrees to higher margins for chemists and druggists as well.

Next target: Richardson Hindustan (the then manufacturer of the Vicks range of products, now owned by P&G). This time, many RDCA members cause more pain by allowing sale of a local product with similar packaging under similar name (one alphabet changed in brand name). The terms of settlement are stiffer.

No government authority passes any restraint order even though the Monopolies and Restrictive Trade Practices Act — MRTP — was still in force then. Nobody is arrested for trademark infringement. The stench of collusion is nauseating.

Timeline: now. Somehow, somewhere down the line, over the years, such practices appear to have been picked up by the government watchdog Food and Drug Administration (FDA). While it is difficult for this publication to prove corruption, there is enough evidence to indicate incompetence, even caprice.

Fact: FDA decides to move against select players (see chart alongside), but ignores larger numbers of malpractices that are in evidence elsewhere. Points to incompetence; even caprice. Collusion cannot be ruled out.

Fact: Three months ago, the consumer court slaps damages on Britannia for supply of sub- standard food items. The case was filed in 2002. The FDA does nothing both before and after the judgement. This is even after other instances of malpractices are pointed out.

Now view the actions against Nestle’s Maggi It is nobody’s case to suggest that Nestle is innocent. But the selective targeting of one company is always worrisome. It smacks of caprice — which is just a short step away from full­blown corruption.

Secondly, the sheer absence of proper procedures and protocols in the Food Safety Act (under which the Food Safety and Standards Authority of India — FSSAI — was formed), makes the entire exercise odious. Thus, while one laboratory tests the noodles and the masala sachet separately, others (correctly) mix the masala into the noodles and then check for its compliance with the FSSAI norms. The matter is now before the courts, and its decision is awaited.

Third, most FDA and FSSAI laboratories are themselves woefully inadequate and ill­equipped, lacking proper testing equipment and staff. Not surprisingly, when the government of Maharashtra confiscated some meat (thought to be beef from a bull, thus violating its beef ban laws — see http://dnai.in/cEnm), it found no FDA lab, or veterinary college, capable of testing the meat. Finally, it was sent outside the state for testing. This is absurd.

Surely, India’s legislators ought to create laws only when they know that proper testing facilities, for implementing such laws, are also in place.

If discretion can be exercised in the case of water, why should a ban become necessary for any other product? Can’t violations be prevented in other ways?

Fifth, look at the track record. The FSSAI’s own “Statement regarding number of samples found adulterated, and prosecutions launched” (fssai.gov.in/Portals/0/Pdf/Enf_Year_wise_data.pdf) shows how in the first six months of 2014­15, as many as 49,290 samples were tested, of which 8,469 (17%) were found to be sub­standard. Prosecution was launched against 7,098 (84%), while convictions/penalties were made applicable to just 2,701 (38%).

Why weren’t penalties/convictions launched against all the sub­standard samples? Was it because 15% ( a large number) of its tests were flawed? Were any officers penalised for flawed testing? Why is the conviction rate under 40%?

Unless there are clear procedures and protocols — on how testing is to be done; how show­cause notices are issued; how laboratory technicians (guilty of flawed testing) are pulled up and penalised; how penalties can be waived and under what circumstances —the discretionary power given to officials can easily be misused. They point, once again, to incompetence, caprice and collusion.

That could explain why Amul had to publicly challenge an FDA allegation that its milk from one centre was sub­standard. The FDA officials had picked up samples from the collection centre, not from finished products which are released after the removal of any impurities. Two things, therefore, must be done.

First, review the entire list of “contaminants” that make a food or liquid item “sub­standard”. That could prevent a situation like the one where Tata Starbucks has to withdraw 12 ingredients that are commonly used by similar centres in 65 countries.

Second, the government must issue clear rules on processes to be followed for testing, for sampling, and for levy of penalties.

The need for a clean­up is immense. Because the line that divides investigation and extortion can be very thin indeed. 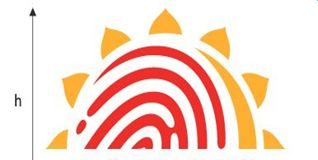 More Aadhaar cards than populations: The many ways to rig numbers...

https://www.freepressjournal.in/analysis/the-many-ways-to-rig-numbers When there are more Aadhaar cards than even the populations of states RN Bhaskar --  13 February 2020 On February 6, Sanjay Dhotre, minister of state...