Amidst all the euphoria about India’s tremendous progress in incremental solar power addition, there is a sudden realisation that all is not picture perfect. Not yet.

The most painful part is the cost at which India generates solar power.  In the US, solar power installations offer power against 20-year power purchase agreements (PPAs) at a tariff of under 4 cents a unit (http://www.oilandgasonline.com/ doc/generationhub-highlights-scottmadden-economics-gas-versus-renewables-0001). India, on the other hand, has seen the lowest tariff of just around Rs.5.50/kWh (a little over 8 cents). That makes India’s solar power at least twice as expensive as that which can be got in the US (or even in the Middle East or Israel).

This in turn, raises the question: is India an inefficient producer? Or are its entrepreneurs greedier than their counterparts in other parts of the world?  In fact, if you ask experts, you discover that the truth lies elsewhere.

As one expert explains, the difference in US and Indian solar-power-tariffs is on account of several reasons.  First, most countries – especially the US – enjoy a lower cost of funds, of 3-4% as against 10-11% in India.  Then there is the need to hedge foreign exchange loans for importing solar power equipment. But the killer in cost escalation is the cost of land acquisition and of power evacuation.  Thanks to populist policies of previous governments, India faces the most painful land acquisition costs.  And nothing shows it up as clearly as in the cost difference between solar tariffs in the US and in India.

Obviously, since land acquisition costs will be difficult to roll back, India will have to opt for solar power installations where the cost of land and of evacuation is the lowest.There are only two places where this is feasible.

One would be water reservoirs next to hydro-electric power stations, where solar power panels could be built on the top of water surfaces. This is what Gujarat has done on its canals along the Sardar Sarovar Nigam project. The second would be by going in for rooftop solar more aggressively than has been the case till now (http://www.dnaindia.com/analysis/column-policy-watch-nothing-like-the-sun-2119865).

Hitherto, the government has opted for solar PPAs only from large solar installations which require very large tracts of land.  The good thing about rooftop solar is that the cost of land becomes zero.  Instead, allow the building occupiers to use the solar power themselves.  All that would be required is a bi-directional metering facility which measures the amount of solar energy used, and the additional power drawn from the grid.  Since the wires have already been laid out in the building, the cost of evacuation of solar power would also get minimised.  Any surplus power generated — as on holidays, when power is generated, but not consumed by the building’s occupiers – is sold to the grid.

And as experience in Germany has shown, the adoption of rooftop solar also allows for large scale employment generation – for installation and maintenance of these systems.  Today, thanks to solar power, this sector accounts for more employees in Germany than does its famed auto sector (http://www.dnaindia.com/analysis/column-policy-watch-what-india-couldnt-learn-from-germany-1813366). Fortunately, some states have begun to wake up to the tremendous advantages rooftop solar installations hold out for India.

After all, India has the second largest population in the world.  It thus is bound to have the largest number of houses as well.  Given the right incentives, and the creation of a policy that allows for easy installation of solar power on rooftops, there is no reason why this strategy should not work, and even help reduce the cost of solar power generated in India.

This would only add to the impressive strides India has already made in solar power. As Mercom Capital Group, llc, a global clean energy communications and consulting firm, points out, “Solar installations have been stuck at the gigawatt level for the last three years but India will become one of the top five markets for solar this year with installations forecasted at 2.5 GW. Solar installations as of August this year have reached approximately 1,400 MW, already the best year so far for India.”

As Mercom puts it, “Despite deteriorating macro-economic conditions in China and the recent downtrend in solar stocks, the market is on pace to reach about 57 GW this year.”

But the biggest potential for solar power growth will have to come from India. This is because, the gap between current power consumption, and the desired power consumption (if India has to reach anyway near global standards of decent living) is huge. Consider how per capital demand (as pointed out by Crisis in its July 2015 report) is just 1,010 kWh in India as compared to 3,457 kWh in China, 6,602 in Russia and 12,947 in the US.

India’s current solar plans may be impressive, but they are puny compared to what is possible. To exploit its potential, India’s policy makers must re-craft their solar strategies. Costs must be pruned, and India’s inherent natural advantage of sunlight must be harnessed more judiciously. 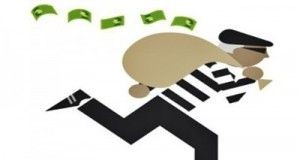 Frauds in banks are becoming bigger and messier in India

https://www.freepressjournal.in/analysis/banking-is-becoming-messier-in-india-rn-bhaskar The easiest way to thieve is by focussing on banks RN Bhaskar  --  19 December 2019 In her statement before Parliament on November 19, 2019, finance...