Home Analysis Does anybody care for the dead? 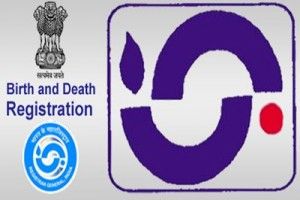 Does anybody care for the dead?

The Sheena Bora murder brought the issue in sharp focus. The murder of poor innocents, as part of sacrifice to the gods to appease them and to protect the interests of a mining baron in South India, provided a second reminder that something was amiss. The discovery that the skeletal remains of Sheena Bora that were collected in 2012, but never really registered in police records, underscored that there was at least one more body that nobody had cared to trace and identify. It is then that the penny drops. Nobody really cares for the dead. The exceptions are when the person dying is an important person. Or when the relatives of the dead person push the authorities to search for and identify the dead. Or when media rakes up the issue; and that’s when it can even assume political overtones. Or it could be an accidental discovery by the police which allows them to earn brownie points. But by and large most deaths are ignored, even conveniently forgotten.

And strangely, almost 70 years after independence, the government has finally woken up to this shoddy and alarming state of affairs. In August last year, RK Gautam, Deputy Registrar General, Office of the Registrar General of India, Ministry of Home Affairs, Government of India, formally raised this issue. In his communication dated August 28, 2014, he flagged the urgent need to extend the scheme of medical certification of cause of death (MCCD) to all medical institutions. He pointed out that the MCCD — which falls under the purview of the Registration of Births and Deaths Act (RBD Act), 1969 — needs an urgent re-look. He wrote that “the data on cause-specific mortality generated under the scheme suffers on account of reliability, representativeness and comparability…” [the author has highlighted the last few words].

He also recorded that “the present coverage to medically certified deaths to the total registered deaths is 20.2% and only 14.3% against the total estimated deaths.” Unfortunately, no further clarity on numbers is provided by the Registrar of Births and Deaths (RBD).

However, some figures can be got from Census reports. Data from Table 2.4 of the 2010 Census Report on MCCD shows the total number of registered deaths to be 4.66 million, 4.76 million and 4.82 million for the years 2008, 2009 and 2010 respectively. UNICEF believes that around 9 million people die annually in India. According to this set of numbers, at least 4.2 million deaths go unnoticed, unregistered each year.

First, it means that many of the social security benefits meant for the living continue to be drawn in the name of the dead, merely because nobody has bothered to register these deaths. It means that more has been siphoned off than had been earlier estimated.

Second, it means that there may be more Aadhar and ration card registrations floating around than the actual number of living people. Stealing the details of a dead person is one of the safest ways for identity theft (remember, how this was done in the Fredrick Forsyth thriller titled The Day of the Jackal?).

Third, the crime rate of people eliminated could be several times larger than the crime statistics make them out to be.  The grisly sacrificial murders, the bodies fished out of the lakes in the compounds of UP’s musclemen, and the Sheena Bora murder, all reinforce this suspicion.

This means that plans to weed out duplicates must be set into motion right away, even before the Direct Benefit Transfers (DBTs) of cash begin. Anecdotal evidence abounds in people having two Aadhar and electoral cards – one for their Mumbai address and another for their village.

The fingerprints and the retina scans were included to enable the identification of duplicates. With the potential of at least 4 million additional ‘dead’ identities floating up for grabs each year, the need to filtering out the dead from the living becomes urgent than ever before.

What is heartening, however, is that the present government has taken cognisance of this major flaw, and has now instructed the RBD to issue necessary directions {under Section 4 (4) of the RBD Act} to ensure complete coverage.

The Registrar has been asked to prepare an up-to-date list of all government, private and non-profit-making medical institutions covered under this scheme and to obtain a monthly return of deaths from each one of them, and to undertake periodic inspections to monitor the quality of MCCD data. It is surprising that none of the previous governments bothered to do this for so many decades.

There is another good sign.  At least one territory – Goa – medically certifies all its registered dead (see chart).  This is a record that neither Delhi nor other states have been able to match, in spite of large allocations of funds that they enjoy. These numbers also underscore another probability – expect more skeletons (literally) to come tumbling out of places where one least expects them.

https://www.freepressjournal.in/analysis/policy-watch-money-that-corporate-groups-manage Money that corporate groups manage RN Bhaskar In many ways, this is an unusual article.  It is about money. In some ways, it is in keeping...