Home Policy Watch Is there a separate law for the poor and another for the... 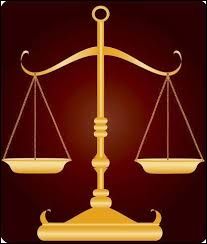 Talk of death is there in the air.  There is abject apathy in registering the dead; then there are others who clamour for blood and death. And there are also those who believe that the death penalty has outlived its utility. At one end of the spectrum is the demand that terrorists be shown no mercy; at the other end are hysterical cries for the lynching of people who dare to eat beef.

Yet, the courts too appear confused and contradictory.  There is the familiar discomfort with the manner in which judgements are pronounced.  There seems to be one law for the rich and the powerful and yet another for the poor and the weak.

The former president of India, Dr. Abdul Kalam, was aware of this, when he expressed his unhappiness with the way death penalties had been handed out by the courts in India.  At one point, when going through some notes, he remarked, “It revealed to my surprise that almost all the pending cases had a social and economic bias. This gave me an impression that we were punishing the person who was least involved in the enmity and who did not have a direct motive for committing the crime.”

Such views echoed another observation made earlier by Justice Krishna J Iyer (Rajendra Prasad vs State of UP, 1979), “There can be no doubt that death penalty in its actual operation is discriminatory, for it strikes mostly against the poor and deprived sections of the community and the rich and the affluent usually escape from its clutches.”

Even though the apex court has reduced the number of death penalty awards pronounced by lower courts (see table), the suspicion of bias is always around.

A close examination of the nature of acquittals leaves the social scientist quite disturbed.  The instances where penalties were relaxed for the rich and the powerful are innumerable.

Look at the countless paroles given to Sanjay Dutt, earlier convicted for acts against the state till the application of MCOCA was dropped.  Unlike other poor convicts facing similar charges, he has enjoyed paroles time and again.

Or take the case of Vikas Yadav in the Nitish Karata murder case. Even though he was awarded a 25 year life sentence, he too has benefitted from parole.  However, in May this year, in the face of mounting public resentment, the courts turned down his fresh parole application.

Or take the Sanjeev Nanda, in the BMW hit-and-run case. Once again you discover that he has been granted parole on several occasions – before being finally convicted. But, in August this year, the Supreme Court decided not to enhance his sentence even though he stood convicted for running over and causing the death of six people of whom three were policemen.

Or take the most recent example of the Ansal brothers in the Uphaar fire case where 59 lives were lost and more than a hundred injured. In this case, the jail sentence itself was waived – possibly because the courts found one of the brothers to be too old (“I take note of the fact that since Sushil Ansal is now more than 74 years old…”)

Yet, age did not seem to matter much when the courts decided to sentence 80-year old Om Prakash Chautala (former chief minister of Haryana) to jail. Was it because Chauthala was no longer powerful, or was an inconvenient power centre for new generations of would-be leaders?

Similarly, consider how all charges were dropped against H.K.L. Bhagat, on the ground that he was too old and weak to stand trial.

That queasiness and dismay comes through even in a document titled India: Death in the name of Conscience by the Asian Centre for Human Rights: “The ‘rarest of rare’ doctrine has become a misnomer as the sessions judges . . . sentenced 5,054 convicts to death during 2004 to 2013 out of which death sentence on 1,303 convicts were confirmed and death sentence on 3,751 convicts were commuted to life imprisonment by the higher courts. Whether an accused shall live or die has become essentially a matter of luck.”

The document goes on to point out how, “No other case exposes the arbitrariness in the imposition of death penalty than judgement of the Supreme Court in Harbans Singh vs. Union of India. In this particular case, the petitioner Harbans Singh and three other persons, Mohinder Singh, Kashmira Singh and Jeeta Singh had identical role(s) in the murder of Jindi Singh, Surjeet Singh, Bira Singh and Gurmeet Singh…[yet each case] was heard by a separate bench and each bench pronounced (a) different judgement despite the same facts and circumstances and identical role of each convict.”

Clearly, the courts have to regain their credibility if they have to continue to be held in high esteem.  But more on this next week.

R N Bhaskar February 16, 2014 As expected, smuggling of gold into India has continued. While on paper the current account deficit (CAD) appears to have been...