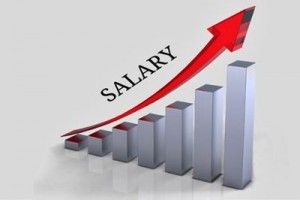 In fact, among the most unfair perquisites legislators enjoy are retirement benefits, including pension, which legislators get even if they have served for just five years in a lifetime. Common workers have to work for 20 years before they become eligible for pensions. This is nothing but promotion of inequality

Similar to the legislators, many Indian corporate barons also promote inequality. Last month, Ingovern Research Services came out with a report listing out management remuneration for companies comprising the Nifty index (excerpts given in the chart alongside). It showed how many Indian directors had arrogated to themselves generous remuneration packages, even while paying their other staff not so generously. It also pointed out how three Nifty companies – Bajaj Auto, Bosch and Maruti Suzuki – chose not to disclose management remuneration. The Ingovern report showed that the average Indian CEO gets paid a whopping 170 times more than the median salary that the workforce gets. This is worse than the ratio of 78:1 that Indian CEOs got two years ago. Evidently, like many legislators, Indian CEOs and promoters also like to reward themselves faster than common people who do much of the work.

Compare this with the wages other countries allow their CEOs to earn (see chart). It is then that one becomes aware of how greedy many Indian managements (and legislators) are. But there is a caveat that is required here. Greedier than Indian CEOs are their counterparts in the US. Not only is the national average higher than for India, but the ratios of many big companies go to over 1000:1.

However, let’s take a look at Indian ratios again. What is worth underscoring is that, contrary to popular expectations, Mukesh Ambani, of Reliance Industries, was far more egalitarian than many of his corporate peers, even though he is often touted as the symbol of capitalism. He got a remuneration of just Rs.15 crore, which is smaller than what many other corporate barons grabbed for themselves. Nevertheless, Ambani’s remuneration ratio (at 206:1) is well over the national average of 170:1. And this is without taking the large number of contracted out services that Reliance uses. These payments are unlikely to have come under the purview of wages in the annual report. The ratio could then have been higher still.

There is, however, one detail that the Ingovern report has missed. Many promoters reward themselves with remuneration from more than one company in the group. Were these to be aggregated, the ratios could have been worse for some promoter-directors. Clearly, the government will have to take a call whether such inequalities should be allowed to continue. You cannot preach equality, but practice otherwise. In this context, it may be mentioned that Switzerland has begun seriously working towards a corporate structure which would not allow the management to get more than 12 times the median pay for workers.

Likewise, as the German DSW points out, “German Share Law only requires executive compensation (regardless of which sector) to be “reasonable”(see http://www.nortonrosefulbright.com/files/german-stock-corporation-act-109100.pdf, p. 37, § 87 (1) Share Law). The German law requires that “the remuneration system of listed companies shall be aimed at the company’s sustainable development. The calculation basis of variable remuneration components should therefore be several years long; in case of extraordinary developments, the supervisory board shall agree on a possibility of remuneration limitation.” Thus, even if one takes the biggest of German companies – the DAX 30 – the ratio is still 54:1 in 2014, compared to 170:1 for India.

It is now up to India’s policy makers to decide whether they want to continue promoting inequality, or whether there is space for egalitarianism. Without redress, there is a genuine fear that India – with its large population and growing inequality – will hurtle towards capitalist feudalism of the worst kind. That might botch up plans of having a Resurgent India and “Make in India”.

Obviously, no country can become big and prosperous unless it treats its entire people with a certain courtesy – which includes the way it pays its general workforce as well.

http://www.freepressjournal.in/analysis/india-harms-its-demographic-dividend/1217369 India ignores its demographic dividend — By RN Bhaskar | Feb 08, 2018 07:53 am One would have thought that any government that was keen on improving...