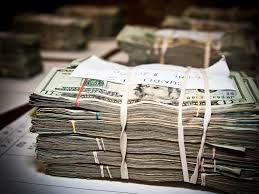 The first figure emerged, when a retired Income Tax (IT) officer — Vijay Sharma — decided to file an RTI (Right to Information) request for the amount that the department had registered as agricultural income. The figures he got showed an exponential increase from 2004 to 2013, touching a total of almost Rs.2,000 lakh crore for 6.57 lakh individual assessees in 2011. He then asked for the top 100 names of the people who had filed such returns.  His request was denied. He then decided to file a public interest litigation (PIL) petition with the Patna High Court in Bihar.  This matter was duly reported by media in March 2016. The court was supposed to hear the petition in April this year.  But there is no further news from that front.

Almost simultaneously, the Income Tax Department gave out a different set of figures (see table 1) which was dutifully reported by the media.

More interestingly, on 10 March 2016, the IT department sent out a circular http://taxguru.in/income-tax/verification-agriculture-income-1-crore.html    The circular number was LETTER F.NO.DGIT(S)/DIT(S)-3/AST/PIL MATTER/AGRICULTURAL INCOME/97/2015-16. It was sent to all its offices stating the following: It can also be downloaded from 2016-03-10_Tax-guru-laundromat-Verification of Agriculture Income. I

(i) Verify whether the taxpayer may have made a data entry error while filling up the return.

(ii) Wherever scrutiny assessment is completed, AO may provide feedback based on assessment records.

(iii) In cases where proceedings u/s 143(3) are pending, assessing officers may be informed to thoroughly verify the claims.

You are requested to kindly send a status report in this regard after verification as mentioned above. This feedback may be urgently provided to this Directorate before March 20th, 2016 so that we can report the correct figures of claims of agricultural income to the Hon’ble Patna High Court.

There has been no public information available on the actual state of affairs after that. It is not known whether the declarations are indeed agricultural income, or whether they have sought refuge under the “taxpayers may have inadvertently made data entry errors”.

The only statement was one made by Union agriculture minister Radha Mohan Singh in the last week of May 2016, that there is no plan to tax agricultural income.

Not taxing agriculture is one thing, but not hauling up people who have used agriculture as a laundromat for whitewashing ill-gotten money is quite another.   Even the most lucrative crop cannot generate an average income of Rs.83 crore by an individual farmer.  The figures given above are a multiple of the gross value-added for the entire country. They are over 80 times larger than total direct tax collections in any year. (see chart).

The government is silent. So is P. Chidambaram, who was minister of finance at the time these huge amounts were declared as agricultural income. It could be plain coincidence, but Chidambaram’s term witnessed a surge in bad loans as well (http://www.freepressjournal.in/analysis/stressed-assets-sometimes-crooks-squeal-loudest-r-n-bhaskar/880378).

So will the courts have to step in (once again) to get the explanations that are required?

To be fair, the government has already begun tightening disclosures at other suspected laundromats  – Participatory Notes, Mauritius and Cyprus. And it is going after black money in ways that few governments have in the past.

One hopes the agriculture laundromat is also closed, or at least brought under intense scrutiny. 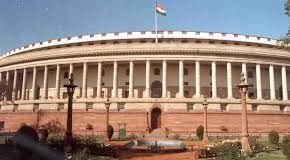