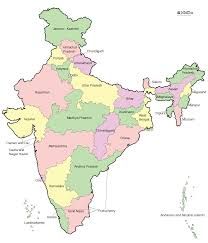 India is on the move.  All signs point in that direction, though the current indicators might suggest otherwise.  There should be cause for euphoria. But . . . “But” is a very painful word, when used appropriately. Readers familiar with Voltaire  know this only too well. His letter about his stay at the court of King Frederick the great in the mid-1750s, provides ample evidence of this.

India today deserves to be complimented. Many of its economic indicators suggest wonderful days ahead, but . . . . .

India has yet to get an effective judicial redressal system in place.  It has to get school education up and running and requires good medicare to be in place for the countless millions that inhabit the land.

But let’s move on to the good news first.

It was in 2007 that Goldman Sachs (GS) wrote in its seminal paper on India (Global Economics Paper No: 152, India’s Rising Growth Potential): “In the last 50 years, the government has built just 334 miles of 4-lane roads. The Golden Quadrilateral (GQ) aims to build 3,625 miles of 4- and 6-lane highways. Construction has also begun for a North-South and East-West corridor which will further connect the country.”

GS predicted that the GQ would allow for more economic change, and open up rural areas.  It would usher in urbanization which is quite low in India compared to other emerging market (EM) countries. In fact, much of the resultant economic bonanza was reaped by the UPA government which came to power immediately after 98% of the GQ had been constructed.

The present government has embarked on a similar exercise. Watch the charts alongside.

The government has (once again) focused on creating the springboard on which the next economic boom can ride. In many ways, this echoes the strategy followed by the US, to pull itself out of recession during the 1930s.  There is nothing like infrastructure building, even if funded by government expenditure, to kickstart an economy, and prod it into a higher growth trajectory.  China too followed this strategy, and its success is there for everyone to see.

The stratagem is right. But the government will not be able to reap the dividends from this ovefr za long period unless it tackles two (preferably three) other reforms.

The first relates to the way India has overlooked delivery of effective justice.  It is quite possible that political compulsions (and the tremendous power vested interests wield) have succeeded in stalling many of the prime minister’s plans. His determination to usher in a cleaner government cannot be doubted.  Look at the way he has succeeded in cleansing much of the corruption in Delhi’s bureaucracy. He has brought it to heel with ruthless transparency and accountability (www.attendance.gov.in) .

But judicial redress is still very far away.  That explains the creeping criminalization of politics in India (http://www.asiaconverge.com/2015/10/pending-cases-and-political-criminality/  and

http://www.asiaconverge.com/2015/11/can-evidence-be-kept-alive-indefinitely/). So you have one MP being jailed even though he is 86 years of age, and another being let off because he has reached the ripe old age of 75, while yet another is released on grounds of extreme ill-health, even though he has been most active in playing politics in UP.

Unless the judicial and law enforcement systems are remedied, India’s growth rates could stall. That would leave a bitter aftertaste in the mouths of an aspirational young population.

That powerful lobbies are indeed at work can be witnessed from the way very little money has been mobilised through the black money disclosure window that the government offered till end September 2016 (http://www.asiaconverge.com/2016/10/is-the-black-money-collection-commendable/).  Whether the government has the ability to rein in key black money owners and generators remains to be seen.

Then there is the issue of school education.  India’s school education sucks (http://asiaconverge.com/2016/04/lessons-education-china-india/).  Unless a future generation is empowered to cope with the rapidly changing global economic environment, India could land itself in a spot.

And, finally, India’s medicare also leaves much to be desired (http://www.asiaconverge.com/2016/09/india-flunks-health-scores-well/).  This is an aspect that also needs redressal, though it may not cripple India’s growth in the short run. But there is no denying that a healthy population invariably translates into healthy economic growth as well.

Thus, India has a tremendous potential for growth.  But the key determining factor could be a healthy dispute redressal system.  India’s track record on this score has already begun to make many investors skittish. (http://www.asiaconverge.com/2016/08/arbitration-awards-india-shaken/).  This is where reforms are required most urgently.