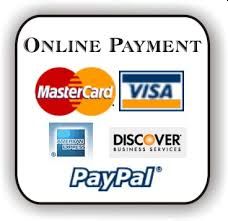 Epayment has become a troublesome term. The decision of petrol pumps to ban the use of credit/debit cards shook India’s economic planners.  Hurried confabulations finally brokered a deal which would defer the decision of banks to charge petrol pump owners 1% as MDR (merchant discount rates).  Petrol pump owners have deferred their strike against credit/debit cards till 13 January.  The Reserve Bank of India (RBI) is upsert that the banks have not been given time to work out ways to handle this problem (http://economictimes.indiatimes.com/news/economy/policy/rbi-against-governments-proposal-to-dramatically-lower-charges-on-debit-card-transactions/articleshow/55930134.cms?from=mdr). The clock has already begun ticking ominously. Debit and credit-card companies (usually powered by Mastercard or VISA) normally cover their cost of operations by charging merchants a fee.  The fee is normally negotiated, but is generally under 2.5% of the transaction amount.

Since merchants of expensive items – apparel, electronics etc — work on margins in excess of 15%, this was acceptable.  In fact American Expresss charges a higher MDR because it believes it gets a more affluent customer base to the merchants.  To woo customers it charges a high annual fee, but also offers exciting bonus points. In all cases, for all card providers, as the volumes increase, merchants negotiate with card companies to push down the MDR.

Unfortunately, petrol pumps cannot pay the MDR because pumps earn a margin of just under 1% on fuel sales – though oil marketing companies say that their margins go up through sale of non-oil/diesel products like engine oils, lubes and grease. Therefore, credit/debit card companies tried to pass on this MDR to customers as “surcharge” which they waived in most cases as a ‘loyalty’ benefit as a market promotion exercise.

Now the government wants to squeeze the MDR that credit card companies charge to just 1.5% and even lower to 0.75% for transaction volumes under Rs.2,000 against debit cards. NPCI, (National Payments Corporation of India) which is promoting the Rupay card, has been asked to ensure that these MDR caps are respected.

Banks now find themselves squeezed.  They now want MDR to be collected from petrol pumps as well.  But petrol pumps earn a margin of just under 1% and cannot afford to give away 0.75-1.5% of their cash collections. Naturally, they have now refused to accept credit/debit cards.

In fact, there is another unsavoury reason why the pump owners are upset with cards in general.  When a person brings cash, the pump attendant invariably rounds off the amount payable to the next higher level.  So Rs.197 becomes Rs.200.  Loose change gets rounded off to the next rupee or the next level, whichever is feasible.  That becomes invisible earnings of the pump attendants, who share this booty at the end of the day.  It allows pump owners to pay their staff a bit less, and yet encourage them to work more.

A similar thing happened with Mahanagar Gas Ltd. For almost a decade, it did not bother to allow the use of credit/debit cards at its CNG filling stations.  Pump attendants, as with many petrol pumps, shortchanged customers.  This was till some citizens decided to use social media to ask MGL why its pumps did not promote the use of credit/debit cards.  When demonetisation was announced, and the government itself began pushing epayments, credit/debit card swipe machines suddenly appeared in all CNG stations with posters declaring that money could now be paid through such cards.  But the attendants began rounding off amounts even on credit cards, thus enriching themselves.  A flurry of complaints, and MGL has now promised to check this practice.  It is not known what action it has been taken, because unlike the public sector oil companies which inform the complainant of the action taken, there has been no revert from MGL.

Digital can be expensive

The government’s epayment drive is likely to face other hurdles as well. Take for instance the kirana trade.  It operates as margins of 5-6% (source: Kotak Institutional Equities report of 21 December, 2016).  They are unlikely to part with 20% of their margins to promote epayments. That explains why none of the kirana stores has adopted epayments.  Small venetable vendors and streetside food vendors have done this because their margins are in excess of 30%.  This means that either they will have to increase their charges, or the government will have to work out ways to pass on the MDR to customers.  The former is likely, because asking the customers to pay the MDR will be politically suicidal.  However, the merchant is bound to pass on the costs to the customer.  Eventually, the  customer will have to pay more.

There is yet another problem.  A Rs.1,000 note used to cost around Rs.3.65 to print.  Add another layer of costs for transporting it, and delivering it to the banks and ATM.  In any case, the cost of reaching the Rs.1,000 note to the customer cannot be more than Rs.6 per note. A normal note has a life of 3-5 years.  Let us assume it to be 3 years.  According to RBI ssources, the normal velocity of this currency is around 1 transaction a day.  This means that in a period of 3 years, the currency note is used 1,000 times.  But the value of the currency remains the same – i.e. Rs.1,000.

The good part is that this currency leaves behind a digital trail which can lead to healthier tax collections.  The sad part is that the pool of customers – besides being taxed – will have to pay Rs. 15000 more over a period of three years for each note that is used.

Clearly, if the government hopes to collect more money, it must find out ways to take over much of this cost.  How? That is the question that will be asked – quite ferociously – during the forthcoming election campaigns.

There are three things that the government could do.  The first is to reduce the incidence of fraud and exploitation of customers by government and quasi government organization to start with. The second is to explore alternative ways of enabling epayments.  And the third is to introduce an effective regulator.  Both more of these in the next part. 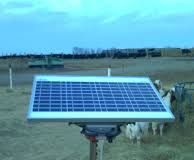