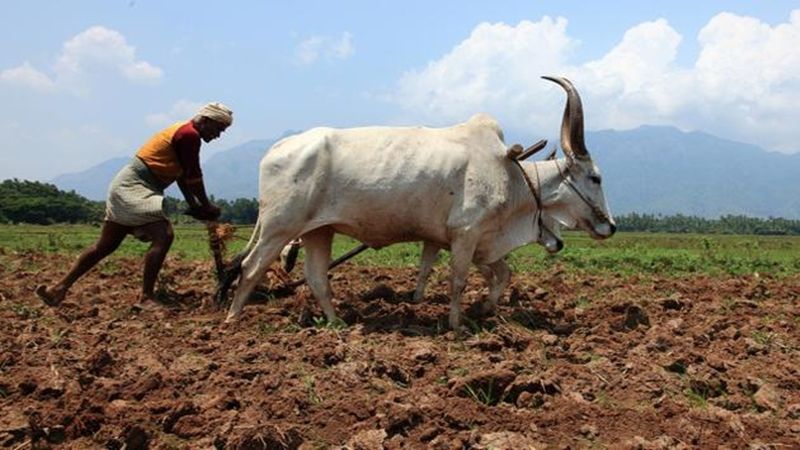 The past few weeks have distressed economists and policymakers over the way farmer-loan writeoffs have spiraled out of control.  Overnight, one of the platforms that made Prime minister Narendra Modi a darling of policy makers had collapsed.  People marveled at his refusal to give in to either Chandrababu Naidu of the newly formed Andhra Pradesh, or K Chandrasekhar Rao of Telangana even after they promised their respective voters on farm-loan writeoffs. Then came Uttar Pradesh. Predictably, waivers in one state led to similar clamours from other states. The cataclysm faced by the banking sector today could be compared with that it faced in the 1980s when Indira Gandhi, former prime minister, announced her ‘loan melas’.

At the heart of such largesse to farmers is the single burning question: Are farmers earning less?  And if so, why?

Look at the table alongside. The data comes from NSSO which shows that farmers with holdings under 1 hectare are likely to find it difficult to earn enough from farming.  That is why, in the last column in the table, their incomes are less than expected household expenditures.

This is not entirely true. The truth is that India has not managed to make the farmers earn as much as they should.

And it has nothing to do with Minimum Support Prices (MSP) either.  MSPs do work sometimes. Look at the way, Maharashtra’s farmers have begun earning a lot more ever since the state raised the price of milk to Rs.33 a litre compared to Rs.18 that other politician led cooperatives were offering. And mind you, even this is less than Rs.66 a litre that Gujarat’s cooperatives offer (for milk with fat content of over 10%). Milk prices for farmers increased.  But customers did not have to pay a paisa more. The only loser was the middleman,

The same things happened when Maharashtra abolished the APMCs (Agricultural Price Market Committees). Anyone who had travelled beyond Mumbai’s city limits could easily discover that vegetables and fruit could be purchased at prices one-fifth those prevailing in the city (http://www.asiaconverge.com/2016/03/642/).  By removing the stranglehold of the APMCs, the consumer in Mumbai paid less, but the farmer more than doubled what he used to get.

Moral #1: if the government wants to make farmers prosperous, work out mechanisms that eliminate the rapacious middleman (often politician-linked).

Then take the loose talk about small holdings leading to poor agricultural yields.  Really?  Just look at China.  Average land holdings in China are smaller than those of India — 0.4 hectares per household compared to 1.4 hectares in India (http://www.asiaconverge.com/2013/04/with-smaller-holdings-china-does-better/).  Yet, in 2011-12, even with less arable land than India, China’s agricultural output was worth $822 million compared to India’s $252 million. Netafim showed how this could be done on merely 1,000 square yards of land (one fourth of an acre).  This is the optimum size two people can cultivate on their ownm with no need of hired help (http://www.asiaconverge.com/2012/09/jharkhand-miracle-netafim-drip-irrigation/). Jharkhand’s tribals would have been driven towards Naxalism had it not been for proper administration and application of appropriate technology. The NSSO data clearly points to the lack of governance in agriculture.

Moral #2: It is not the size of land holdings that matter.  What matters is good governance and proper application of technology.

The farmer is generally not as sharp as the man from the city.  This is because, year after year, the brightest of children prefer to move to cities and carve out their careers there.  That is why hand-holding the farmer becomes critically important. That is what Narendra Modi did in Gujarat (http://www.asiaconverge.com/2010/05/narendra-modis-farm-miracle/). And that is precisely what Devendra Fadnavis, chief minister of Maharashtra is doing in his state.

In addition to all the three things outlined above, there is one more crucial aspect that must never be forgotten.  The farmer, and almost all rural folk, used to be excellent borrowers.  They were once keen (not just willing) to take over the debts of their departed parents too.  Clearing family debts was a matter of honour.

Unfortunately, politicians across the spectrum – from all parties – have found ways to corrupt the farmer, and abuse facts.  Yes, suicides do happen.  If a tally of non-farm suicides were to be taken, you will find distress in urban areas as well. Most causes for suicides have nothing to do with agricultural distress at all.  They are often driven by emotion, by relationships gone sour, by jilted expectations.  Distorting facts and claiming that farm distress caused suicides is wrong.

It is at such times that other constitutional arms eventually sit up. The election commission – for instance – will be within its rights to declare such loan writeoffs as actual election expenditure hence payable only through party funds.

Then there are the courts.  It is perfectly justifiable for any tax paying individual to approach the courts and claim that loan writeoffs are taking away the money he gave to the government for developmental purposes.  But when the money is used to endanger both the banking system and the economy, and also hurts a non-farmer’s rights, the matter can go to court. That also explains why the apex court has demanded that the RBI provide it a list of non-farm loan defaulters.

The current spate of loan waivers has just exposed all legislators to both such possibilities. Jhark

The Madhya Pradesh agricultural marvel has miles to go

http://www.freepressjournal.in/analysis/the-madhya-pradesh-agricultural-marvel-has-miles-to-go/1287268 Irrigation served Madhya Pradesh's agriculture quite well — By RN Bhaskar | May 31, 2018 Madhya Pradesh is a state investors need to be watching very carefully.  During...