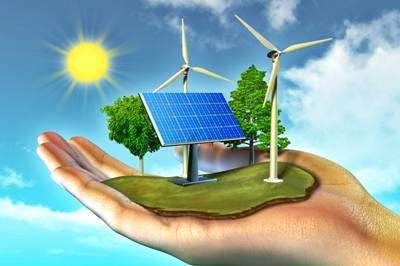 The onward march of renewables. . .

. . . but India may lose a big opportunity

The US has walked out of the Paris agreement for containing green house gas (GHG) emissions.  And while this may cripple the carbon credits market which needed a big boost, it is unlikely to slow down India’s focus on renewables.

As a recent Mercom research pointed out, “The Indian solar sector is witnessing strong growth with cumulative installations reaching approximately 12.8 GW at the end of Q1 2017. Utility-scale projects account for about 12 GW while rooftop installations accounted for almost 850 MW of the installed capacity.” The report forecasts 2017 installations to reach approximately 10 GW, a ~130 % increase year-over-year compared to 4.3 GW installed last year. India thus becomes one of the top solar markets in the world after China and the US. The pipeline of Indian utility-scale projects is currently ~12.6 GW and there are approximately 6.1 GW of tenders pending auction. Six states have already installed capacities of over 1 GW. Even globally, renewable energy appears to have attracted the largest amount of investments, as a recent BNEF (Bloomberg New Energy Finance) analysis shows. Its to-be-launched New Energy Outlook (NEO) 2017 shows earlier progress than forecast towards decarbonisation of the world’s power system (http://tidalenergytoday.com/2017/06/15/neo-2017-renewables-set-for-7-4-trillion-in-new-investment-by-2040/). Global emissions are projected to peak in 2026. But they will be 4% lower in 2040 than they were in 2016.  It means that, notwithstanding the official position of the US, the world is moving towards renewables and decarbonisation.

BNEF believes that renewable energy sources are set to take almost three-quarters of the $10.2 trillion that the world will invest in new power generating technology from now till 2040.  Global power demand is expected to grow by 58% between now and 2040, or 2% per year.

NEO 2017 expects a large share of new renewable energy investments to go to solar. This sector will absorb $2.8 trillion and witness a 14-fold jump in capacity. Wind is expected to draws $3.3 trillion with a fourfold increase in capacity. As a result, wind and solar will make up 48% of the world’s installed capacity and 34% of electricity generation by 2040, compared with just 12% and 5% now.

Seb Henbest, lead author of NEO 2017, believes that “the greening of the world’s electricity system is unstoppable, thanks to rapidly falling costs for solar and wind power, and a growing role for batteries, including those in electric vehicles, in balancing supply and demand.” The report states that European investment in renewables is projected to grow by 2.6% per year on average till 2040, averaging $40 billion per year. Total investment in renewables across Europe is expected to reach almost $1 trillion over 2017-40. The report anticipates half of European electricity supply in 2040 to come from variable renewables, posing challenges for grid and generators.

Asia Pacific will see almost as much investment in generation as the rest of the world combined, says BNEF, with China and India alone presenting a $4 trillion opportunity for the energy sector, and accounting for 28% and 11% total regional investment respectively over 2017-40 period. It expects renewable energy reaching 74% penetration in Germany, 38% in the U.S., 55% in China and 49% in India by 2040 as batteries and new sources of flexibility bolster the reach of renewables. Investment in renewables across the Americas will average at $50 billion per year to 2040, to reach almost $1.5 trillion over 2017-40, BNEF said.

Why should the share of rooftop be only 5% in India?  This author believes that this could be because of flawed policies and the unwillingness to tap the rooftop potential big-time (but more on that later).

Although the world’s power sector emission is predicted to reach a peak within a decade, the rate of decline in emissions is not nearly enough for the climate, NEO 2017 states. A further $5.3 trillion investment in 3.9TW of zero-carbon capacity may be needed to place the power sector on a 2°C trajectory.

What will this mean for coal? Sluggish demand, cheap renewables and coal-gas fuel switching could slash coal use by 87% in Europe and 51% in the U.S. by 2040. Coal generation could peak in China in 2026, says the report. A mere 18% of planned new coal power plants will ever get built. That means 465GW of projects stand to be cancelled.  This could mean more delays in the implementation of the Adani coal project in Australia, unless it gets backed by 25-year guaranteed coal buyback purchase agreements in place.

The report makes for exciting reading for anyone who believes in renewables.  But it is saddening that India may not be able to exploit its potential as well as one would have expected.  Maybe, a fresh approach towards policy and regulation might do the trick. Let’s see.