Home Analysis Why ‘protection’ from markets leads to rip-offs: An example from tribal India 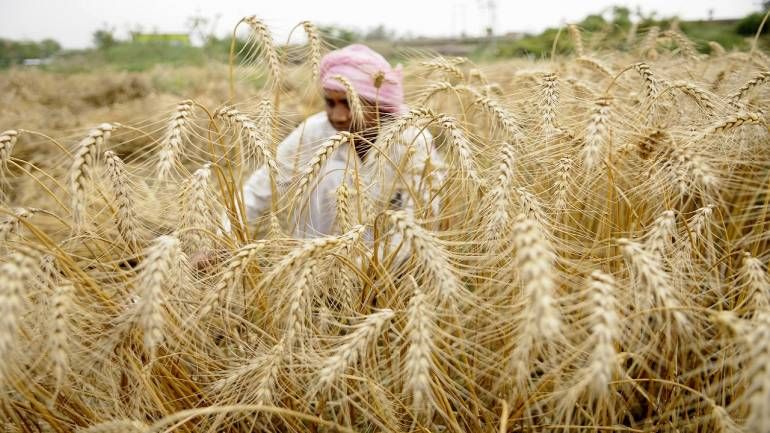 When politicians come forward to reserve entitlements for the common folk, they are the ones who are usually benefitting from their own offers.

Fairy stories are what most children like to believe in.  Politicians often treat common folk like children and feed them such stories.  They talk to select groups of people, tell them how reserving entitlements for them will mean protecting their interests.  In fact, it is usually the opposite.  The only ones benefitting are politicians and their friends.  Common folk usually get gypped, when they are protected from markets.

Nothing shows up this situation as well as the Janno-devi story. She is a tribal in the state of Jharkhand.  She used to hold 10 acres of land, but nothing could grow on it.  Water seldom stayed on the hilltops where her land was located – a good distance outside Ranchi. Electricity lines existed, but power supply was available for barely an hour or two a day in those regions.

She wanted a loan so that she could purchase better quality seeds and some farming implements.  But except for her land she had nothing to offer by way of mortgage. No bank would touch her land because tribal land cannot be sold to anyone who is not a tribal.  In such a shallow market, the price difference between tribal land and non-tribal land could be anywhere between 1:20 to as much as 1:100.  Bankers did not even know how to value such lands.

Out of sheer desperation, she went to a local rich tribal.  She offered her land to him to start any business, just in order to get a job so that she could make both ends meet.  Finally, after months of persuasion, the rich tribal ‘reluctantly’ took her land, and set up a brick kiln on it.  Janno devi was given the job of carrying bricks on her own land, just to earn some money.

That desperation could be one reason why most youngsters take to naxalism.  Ask the locals, and they will tell you that much of the naxalite movement is financed and supported by NGOs.  These organisations, in turn, usually get their money from illegal miners, who do not want roads or police-stations in their area, lest their lucrative illegal trade is interrupted (http://www.asiaconverge.com/2017/04/sukma-killings-naxal-violence-illegal-mining/).  Illegal mining, exploitation and naxalism usually go hand-in-hand.

With little income from tribal lands, and with a compelling story about the need to keep outsiders away, the youth take the money and dreams from these financiers of naxalism.  One way to remove the scourge of Naxalism is to reduce illegal mining, illegal felling of forest produce and the unfair method of depressing the value of tribal land.

But let’s return to Janno devi’s story. Fortunately for her an Israeli company, Netafim, in association with the ministry of rural development and a local NGO, came to her rescue.  They showed her how she could begin earning almost Rs.30,000 every three months from just a quarter of an acre (1000 sq metres). Janno devi’s life began to change.  Watching her success with farming using the methods and the training that Netafim provided, she became the role model for thousands of other tribals who began clamouring for such farms (http://www.asiaconverge.com/2010/06/howjanno-devi-and-others-transformed-jharkhand/).

The experiment became a movement.  And boys who would have moved towards Naxalism opted to develop their own 1000 sq meter farms (read more at http://www.asiaconverge.com/2012/09/jharkhand-miracle-netafim-drip-irrigation/). . But the Janno devi story triggered off a realisation that had it not been for this accidental intervention of model farms of 1,000 square metres, Janno devi would have ended up as an indentured labourer on her own land.

And though the state government has exhorted banks to lend out money without collateral, there is a problem.  The banker will always remain at risk because he will never be sure about getting his money back.  The tribal will always be afraid because even a slight change in fortunes will leave her enormously vulnerable.  Even a decision to move out and find a new skill or a new job will not work as she will not get enough of a price for her land.

Each tribal is thus fettered to his territory, unable to sell, sometimes unable and unwilling to stay.  Eventually many tribals take the desperate gamble of getting whatever pittance they can for their holdings and opt to move out.

This is the same story in almost every protected region.  And the latest Census 2011 findings seem to support the view that this has been happening in several other states as well.  Take for instance Jammu & Kashmir.  Land in J&K cannot be sold to an outsider.  As a result, the price of land in this state is considerably lower than the price of land in most other states.  Most migrants hold on to their land, even if they get a job elsewhere. They are unwilling to sell because what they would get by way of compensation would be a pittance compared to open market prices anywhere else.

The beneficiaries in such territories — J&K, Odisha, Tamil Nadu, West Bengal, Mizoram, Shimla, Jharkhand, Chattisgarh and Maharashtra – among others – are invariably rich tribals or locals, who are permitted to buy such land.  Thus the rich become bigger land owners.  There is no data available about how the landholdings of J&K politicians – across parties – have grown over the years. Nor is there information about rich tribals increasing their land holdings. Similarly, except for the sale of some Shimla land to a member of a leading political family, there is no information of Shimla’s rich becoming bigger landowners year after year.

But the table gleaned from the Census shows that many small and marginal tribals have actually sold their land.  Both the number of holdings and the acreage has witnessed a decline in many states.  The only people who could have purchased such lands would be the local wealthy tribals, because non-tribals are not permitted to purchase such lands. Remember, that this data conceals lands that have been taken using the power-of-attorney route which allows the land to remain in the name of the original holder, but the power of attorney and an IOU for a huge amount allow the rich man to use such reserved lands.

Thus local poor tribals get exploited.  They have to sell at distressed and depressed prices all the time.  The rich tribal or son-of-the-soil-politician always wins.  He gets land at dirt cheap prices, produces something on this land which then  fetches a market price irrespective of whether it be apples, or walnuts or engineering or ayurvedic products.

The government has ensured that the rich become richer, and the poor tribals remain poorer.

What can be done?

Ideally, the reservation of land for a select group of people should be dispensed with.  It will allow poor locals to discover a market price for their land.

But if – politically – pushing through such a move proves to be difficult, the government can certainly make life easier for poor tribals.  It can ask the banks to use the same formula that is used for determining the price of land for land acquisition.  There will have to be a caveat though.  Since tribal land does not have a value, the value it should be presumed to have should be at least 80% of the average value of non-tribal lands in and around a 50 km radius around the tribal region. That should be the reserve price that rich tribals would have to pay to a poor tribal.

If no rich tribal is willing to pay this price, the government itself should create a fund and advance it to banks to advance to the poor tribal.  The bank could then take possession of that land against 80% of the newly computed market value, and lease it out to any tribal who would be willing to exploit it.  That way, tribal land would remain with tribals. The bank would get its return on the amount lent out. And the landless could stell remain croppers of agro produce.  But the poor tribal land owner would now be able to get a decent exit price which would allow him to relocate elsewhere.

Unless this is done, the government itself will be party to this rapacious oppression of the poor by the non-poor in protected regions.

Eventually, there is nothing like allowing free market economics to prevail.  Any curbing of free markets will convert protection into horrible exploitation. It is time to stop this game which is carried out in the name of protection.  It is the same perverse logic which allows the police to ‘protect’ runaway girls, or play the game of Peeping Toms.

From PNB to Mallya to farm income, India enables corruption