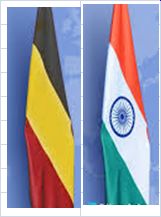 Belgium, India’s second largest trading partner in the European Union, will commemorate 70 years of diplomatic ties with India, with a state visit to India, by the Belgian King between November 5, 2017 and November 11, 2017

Belgium, the tiny, yet centrally located European nation, chocolatier to the world and a global hub for diamonds, that hosts the institutions of the European Union, is the third largest importer of Indian goods within the European Union (EU). Ranked by the World Trade Organisation as the 13th most dynamic country in the world for trade, Belgium is ready to rejuvenate its trade ties with India. Collaborations for growth are expected in education, clean energy, renewables and water management.

Belgian Ambassador to India His Excellency Jan Luykx has a special relationship with India. He did his M.Phil in New Delhi, perhaps little knowing then, that he would return to India five years later, as First Secretary in the Embassy of Belgium, before representing his country in India, three decades later.

He has a Special Baccalaureate in Philosophy, studied Oriental Philosophy and Languages from Louvain University before coming to India for an M.Phil from Delhi University in 1983. He returned to Belgium for training in the Ministry of Foreign Affairs in Brussels. He worked as an attaché with the Belgian Delegation in Vienna and dealt with human rights issues before coming to India as First Secretary responsible for the economic section in the Embassy of Belgium in New Delhi. He was then posted in Copenhagen as the Deputy Head of Mission before taking charge as the Deputy Spokesman of the Ministry of Foreign Affairs in Brussels.

He has also represented Belgium to the EU in the council work group ENV, in charge of the environmental sector. He has headed the political section in the Embassy of Belgium in Washington before being posted as Ambassador of Belgium in Poland, followed by a stint in Switzerland and Liechtenstein before returning to represent his country in New Delhi India, as Ambassador for some SAARC countries including India, Bangladesh, Nepal, Sri Lanka, Bhutan and Maldives.

He is the quintessential diplomat, charming and soft-spoken, with a touch of humour, showcasing his keen knowledge and vast experience base spanning politics, parliamentary affairs, economics, development work, human rights and the environment.

Luykx spoke with Aasha Gulrajani Swarup and R N Bhaskar of FPJ in a free-wheeling discussion. Given below are edited excerpts:

While diplomatic ties between India and Belgium date back to 1947, how old is the friendship between these two nations?

We are not the only country celebrating a 70-year old relationship, which is logical as India became independent on August 15, 1947. But as a historical anecdote, our ambassador was the first to present his credentials to Governor-General Mountbatten in Independent India on September 20, 1947. Of course other ambassadors were also present in India then, but they were accredited to the British.

Our relations with India have become intense over the past decades, because we are living in a more inter-connected world. The official state visit of our King and Queen to India in November is a sign of how important we consider the relations between Belgium and India.

This relationship actually dates back to the beginning of the World War I, when thousands of Indian soldiers valiantly defended Belgium against invasion at Flanders Fields, in the northern part of Belgium, and helped to stabilise the Front. About 9,000 Indian soldiers passed away battling in combat.

In recognition of this supreme sacrifice, we are working on an exhibition on the World War I – India in Flanders Field. The exhibition shall open during the state visit and then move to the National Museum in Delhi. At Menin Gate, Ypres (leper), near the seaside where the Frontline stabilised, the Belgian government has also built a memorial, modelled like the arched India Gate in Delhi, and inscribed on it are the names of all the Indian soldiers, who made the ultimate sacrifice.

Which are the primary thrust areas for discussion during the state visit of the Belgium Royal Family?
The state visit is not a trade mission. The visit is all about the relationship between India and Belgium. We share a political relationship, but it is a small part as we are a part of the European Union. Economic and commercial aspects shall indeed be discussed. Naturally, there will be a commercial delegation with the King and also an Academic delegation.

Each of these different communities have an outreach to India and work together with Indian Universities. There is already quite a bit of co-operation in this field.

For Indian students, the attraction of the Belgian educational institutions is the English medium of instruction for graduate and post graduate courses. Even our fees are competitive, as against other European countries and we are completely in the European mainstream. Already, we have around 800 Indian students studying in Belgian Universities.

Is your education policy linked to immigration opportunities?
Our Universities are interested in attracting smart and bright people to educate them and that’s where it stops.

Whether people can stay on in the territories will be the competence of the Minister of the Interior as far as there are rules concerning permit of stay. Unlike the North American system, there is no explicit migratory policy linked with our educational system. Unlike other European countries, we are not an immigration country and our borders are open. The largest number of non-Belgians living in Belgium are other Europeans because we are in the centre of Europe and the EU pact allows Europeans to live anywhere in Europe. So, there are general rules of stay and there is no problem in getting a permit of stay. But we do not have an explicit immigration policy.

What is the size of the Indian diaspora in Belgium?
We have quite a large Indian population in Belgium, a community of about 20,000, in Belgium, which is quite sizeable. It is not only people in the diamond sector but also the IT sector. We have around 80 Indian companies in Belgium. Indian software companies like HCL, TCS and Infosys already have a presence in Belgium in addition to companies in the pharmaceuticals and chemicals sector, that have been in Belgium since the 1960s. We are the gateway to Europe but not for the difficult reasons. We have the port of Antwerp which is an important logistical help to be able to reach the internal European markets.

For Belgium, considering the economic structure, which are the biggest growth areas for future business with India.

It might be credible clean tech, renewable energy, and medical intervention technology. Given big Indian projects like Clean Ganga, Smart cities and Digital India, our focus especially now, is on water purification and waste treatment. For anything to do with water purification, renewable energy, water management and inland waterways, including water transportation, we have a lot of big niche players. Our companies are in the forefront offering a number of solutions. We are also an advanced economy in food products and food technologies, which presents a lot of possibilities. Growth can occur in a lot of directions and depends on the dynamic evolution of the Indian economy.

Has Belgium possibly set a target for bilateral trade?
We have a completely open economy, one of the most open economies in the world, that is driven by core competence and it is up to the private players to do business. We do hope exports will increase. However, trade flows depend completely on the private sector and global economic developments.

How involved is the monarchy in the economic policies of Belgium?
We have a constitutional monarchy which means the King has the same role as in the UK. The royal family does lead trade delegations into India and other countries as it gives more visibility in other countries. But polices are purely in the hands of our governments. We have a regional and federal government while the execution is in the hands of elected politicians. This is same in case of UK, Netherlands and Sweden.

Diamonds are big business in Belgium. But due to the global economic slowdown, the diamond industry is facing financial challenges. Is the Belgian government taking any steps to help this industry?
Diamond trade is important and Antwerp is the diamond capital of the world. But this is private sector business. The diamond federation in Belgium is involved in trying to find solutions. The Belgian government is not in the business of doing business or managing the economy. It is in the business of governance, to ensure that there are fair market coefficients, the trading systems are fair, there is no corruption and trading happens openly and people pay taxes. The diamond sector will eventually find solutions while complying with the rules and regulations that exist in Belgium, which is an open economy.

Belgium has the highest tax rate of around 50 per cent in Europe. Hasn’t it impacted business and haven’t the people protested?
Of course, but that is part of the political dialogue and it is for the political party to decide whether or not there will be change. On one hand we have high taxes, but on the other, we have a comprehensive social security system, which is efficient and amongst the best in Europe. We don’t have waiting lists in Belgium for surgery or medical care. People come to Belgium from other European countries to be treated. Even University education is practically free for Belgium citizens. I am not saying everyone is happy with high taxation but that is a bigger issue and part of a political debate. Taxation is uniform across sectors.

Belgium had a brush with terrorism last year. How is it coping?
We have had this one terrorist attack. Obviously it is a Europe-wide problem and we are dealing with it internally and in co-operation with other European countries. Obviously there are lessons learnt and you draw conclusions out of what happened. In certain cities, military is put on the streets. Other systems have been put in place. 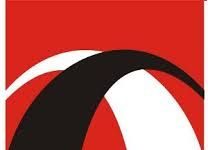