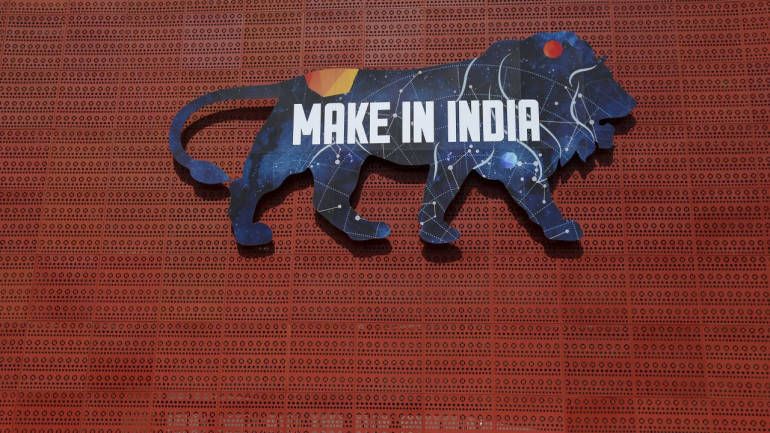 India kills innovation even before it can take root

Governments are loath to provide the funds for skill upgradation. So the upstart from the private sector who has access to technologies is viewed as a threat.

When Benjamin Netanyahu, Israel’s prime minister, was in Mumbai recently, he spoke of an incident which impressed him enormously. He had met a 14-year-old boy who had not only built his own drone, but was also amazingly good at identifying objects that the drone’s camera had captured and transmitted to the ground.  He was so good at reading these images that Netanyahu told Narendra Modi, India’s prime minister, that the boy represented the spirit of innovation and talent, and that Modi should build an industry around such individuals.

Modi must have nodded in agreement – that was not part of the story.  But it is likely that he soon forgot about it.  He possibly knew that while there were many ways in which innovation could be encouraged in India, the country’s bureaucracy would always find ways to scuttle such efforts.

He was possibly not even aware that the bureaucracy had already introduced measures that would make drone flying almost impossible in India.  The rules put in place are so onerous (see box) that none but the diehard would care to go through all the processes.  Some will get their clearances by bribing officials – as has been the case time and again when regulations and processes become too cumbersome in India.  But many will give up altogether the idea of flying drones.

That is unfortunate because the future of jobs will include skills relating to reading maps and videos created by drones.  The country will need thousands of aerial map readers and target identifiers whose trained and sharpened skills can read the images and videos sent down by drones.  India will have to use drones over farmlands to identify patches of discoloration even before disease sets in.  It will need them to monitor the security of pipelines as they course their way through uninhabited areas and forestlands.  It will be needed in trying to protect the forest cover, spotting the first emergence of slums and unauthorized settlements, illegal felling and other such activities.;  It will need drones to watch over rivers and coastlines. The list could go on and on.

So what will India do when the need arises?  Its bureaucrats will probably float a tender, invite applications from those having the required expertise.  Indian firms will scurry to get tie-ups with foreign firms which have this knowhow, skill and technology.  And Indians will then learn these skills – almost ten years later – by observing foreign firms perform these jobs in India.

This is not Make in India, or self-reliance.  It is a surefire way to destroy any incipient talent that Indians have.  What India should have done is to identify places where drones cannot be allowed, and allow drones to fly anywhere else.  And care should be taken that the list of disallowed places does not extend to more than 30% of India’s geographical area. Else you will have a crafty bureaucrat saying that no done is allowed within 500 metres of a religious place, and ensure that 90% of India’s territory is out of bound for drones. Yes, you also need a list of penalties for misuse of the technology – when it is used to pry on people, or invade into people’s privacy. But those laws should also be carefully drafted, so that it is not loose enough to terrorise anyone who refuses to kow-tow to the authorities.

But this is not the first time this has happened.  Consider India’s laws for using radio waves, for instance.  In many countries – most notably in the US – there is a frequency known as the citizen band, which is open for common people to use for communication and experimentation. Since almost everyone will try and use the free frequency bandwidth, it gets cluttered.  Sure enough, the police also uses this bandwidth, both to test their skills and to eavesdrop on what is being talked about. Toy walky-talkies, remote controlled gadgets and radio hams proliferate using this bandwidth.  The result: there is too much of noise and chatter on these frequencies.  So what do the bright kids do?  They invent algorithms and data packet switching technologies to escape the chatter and the clutter. They ensure that both parties at either end of the communication network can hear each other clearly, even on very thin bandwidths.

In that sense, the experimenters have begun to emulate the human ear.  Try speaking to a friend in the midst of a noisy crowd – say in a bustling marketplace.  You will discover that your friend can hear you in spite of the surrounding noise.  But record your voice on any gadget in that area, and then play back your own voice in your study, and you will discover that your own voice is no longer audible.  This is because the human ear actually filters out other frequencies that are not required and focuses only on the one which it wants to hear.  Telecommunications does something like that.  It learns to filter out the noise, and learns to escape the chatter, and it learns to make the communication possible even when there is clutter on the airwaves.  But this would not have been possible if students could not experiment with airwaves.  India’s bureaucracy has ensured that this does not happen in this country.

It is the same mentality which is much in evidence when the Navy or the defence establishment does not want marinas or flotillas near the coast of India.  The argument often given is that these are areas which are sensitive to India’s defence needs.  But has anyone looked at how naval bases in the UK – like Portsmouth and Glasgow – allow leisure boats to travel around the sea coast?  The result: The UK earns more than GBP 4 billion each year from its coastline, the length of which is meagre compared to India’s 7,500 km.

The UK’s defence establishment knows that unless there is activity along the coast, its shores will never really be secure.  They know that an active area keeps even the sentries awake.  Remember how much of the RDX (a super-explosive) was landed on the remote and little frequented beaches of Maharashtra and were used to engineer blasts in Mumbai, notably at the Bombay Stock Exchange and Air-India Building?  It is only now, under fierce pressure that the government is learning to tell the Navy to improve its own surveillance, and not hamper development along India’s coasts.

But why does India not allow this?  It is possible that one or even all the reasons listed below could have been at work.

The first is bureaucratic ineptitude.  New technologies require the bureaucracy to wake up and study new methods.  Unlearning the old and learning something new is always a challenge.  It makes older (often senior) staff nervous. Hence they would prefer to ban the technology.

The second is budgetary constraints.  Governments are loath to provide the funds for skill upgradation.  So the upstart from the private sector who has access to technologies is viewed as a threat.  The result: Ban the technology.  That will save on money and on skill development.

Third is the love for bribes.  The more cumbersome the regulations are, the greater are the chances of making money by allowing those who pay to bypass these regulations.  This is what happens when applying for divers’ licences, ration cards land certificates, birth and death certificates or even getting your matter listed at consumer courts.

Often it is a combination of all the three. And the casualty is India – notwithstanding the grandstanding the country does about Make in India.

Euthanasia debate: A look at the worldwide struggle for people’s ‘Right...

http://www.firstpost.com/world/euthanasia-debate-right-to-die-aruna-shanbad-india-us-italy-2790572.html How the world perceives euthanasia When one battles death at the age of 70 or more, the cause is heroic. But public reaction is a...