Home Analysis The disruption in financial markets has already begun 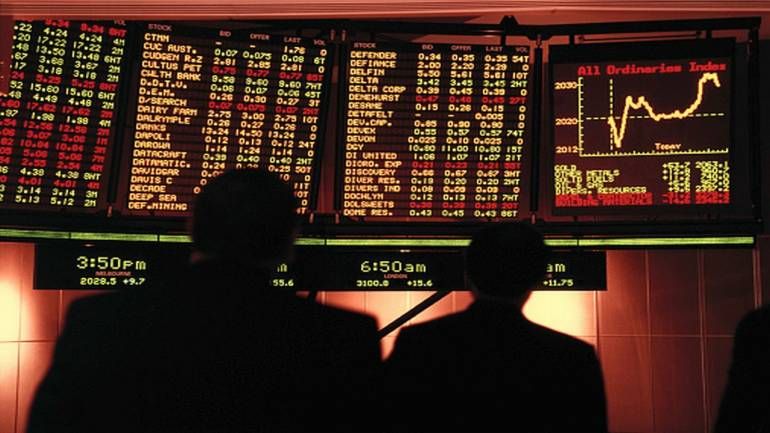 Financial markets are getting disrupted

Last fortnight, in a letter that Uday Kotak, managing director Kotak Mahindra Bank, sent out to his shareholders, he talked about three major trends in financial markets.

The second is the formalisation of savings – a trend he said the country was already witnessing. Thanks to inclusive banking, and a host of other measures like GST, the formalization of the Indian economy is already underway.  The trend of deposits increasing at a rate of 11.7% CAGR is likely to continue (https://www.ibef.org/industry/banking-india.aspx).

The third is the increasing presence of everything digital.  He expects Aadhaar to be a massive game changer. Moreover, as Amitabh Kant, CEO, Niti Aayog,  recently pointed out, “The digital payments revolution will trigger massive changes in the way credit is disbursed in India.” Kotak could have added a couple of other major trends.  Even faster than the growth of private sector banks could be the growth rate in non-banking finance companies (NBFCs) and microfinance companies, backed by private and foreign banks.

A fifth trend that will become increasingly discernible will be a super-charged RBI trying to discover ways to ensure that the NPA crisis will not recur in the near future.  It has already begun tightening its hold on cooperative banks. It has begun looking at governance issues.  And it has begun to question the wisdom of politicians when it comes to pushing projects that are not bankable or even financially viable.

While Kotak may be right about the three trends he has talked about – this author keeps his fingers crossed about Aadhaar until the Supreme Court verdict on this subject is out (https://www.moneycontrol.com/news/business/economy/comment-restore-the-primacy-of-passport-for-citizens-and-introduce-work-permits-for-foreigners-in-india-2537423.html).  Moreover, it is the last two trends mentioned above that will be worth watching very closely.

Already, Indian finance players are scrutinizing, with both fascination and alarm, the manner in which foreign companies are getting into the payment and loans segments in India through NBFCs.  The current crisis in the Indian banking sector – thanks to the soaring NPAs — has created a vacuum for funding sources.  Not surprisingly, a variety of financial entities ranging from mutual funds (MFs) and pension funds to foreign banks and foreign NBFCs have begun seeking out relationships that would help them cater to the credit needs of the Indian economy.

As S.S.Mundra, former deputy governor RBI, recently remarked, “In the last few years, NBFCs have expanded their market share strongly, including making some inroads into the bank business. Also, there is significant interconnectedness between banks and NBFCs. So, the time probably is now ripe to have a review of NBFC structures and regulations.”

That could make the RBI move in quickly with a set of regulations aimed at better governance of financial markets.  After all, it has to make up for lost time, and lost credibility.  It first lost credibility when it succumbed to the government’s pressures on what is termed as demonetisation (http://www.asiaconverge.com/2017/07/government-figures-suggest-demonetisation-wasnt-worth-trouble/).  Even to date, it does not have ready estimates of total money collected by banks through mobilisation of currency notes deemed ‘illegal’.  It then got ensnared in its inability to rein in either the private banks or even PSBs as they entered cozy relationships with private entrepreneurs.

Not surprisingly, RBI has now said that henceforth its officials will not be on the boards of banks.  This is a welcome move because an RBI official cannot be both regulator and participant. It is also possible that both the RBI and SEBI will begin looking at ways to stanch the conflict of interest situations that managers of banks, MFs and other funds enter into.  Many fund managers are known to have purchased prime real estate from developers to whom they had advanced funds.  That privatisation of profit was actually money stolen from clients who should have seen it come their way through higher dividends.

However, unlike the past, when the RBI had put NBFCs on a very short leash, this time the RBI may allow them some breathing space.  The credit needs in India are so huge that many banks currently will not be able to meet those needs.  Hence the RBI will have to choose between allowing for a faster economic growth, which will require more credit, and tightening the leash on NBFCs which will stunt growth. Obviously, the former will remain the preferred option.

Finally, expect small and medium scale industries to become major beneficiaries of the present financial upheaval.  This is what astute observers like Bahram Vakil, founder and partner, AZB Partners, is also quick to point out  Earlier, banks were reluctant to deal with SMEs as they involved more scrutiny and more work for small sums.  But with big borrowers representing big risk, banks and NBFCs will steer towards SMEs and will try to push them towards capital markets as well to reduce the risk exposure.  (https://www.moneycontrol.com/news/business/markets/power-sector-stressed-asset-resolution-will-be-tougher-but-there-is-good-appetite-for-good-assets-bahram-vakil-2589745.html).

In fact, just a week ago, no less a person than P Vijaya Kumar, chief general manager at RBI, department of non-banking supervision, stated at a public forum,  “You (NBFCs) are trying to be the mirror image of banks, as much of your lending now is towards large corporates and your lending to MSMEs is not much where you get better margins.” (https://www.moneycontrol.com/news/india/rbi-official-frowns-up-on-nbfcs-rising-exposure-to-large-companies-2589755.html).

So even while the NPA burden will crimp the ability of Indian banks to lend as much as the economy might need, this will open up avenues for new participants.  Expect the churn in financial markets to become frothier.  That in turn will keep the RBI on its toes.

http://www.firstpost.com/india/govt-support-for-godmen-like-gurmeet-ram-rahim-singh-shows-state-not-ready-to-exit-religious-affairs-yet-4056839.html Is it the business of the government to manage religion? RN BhaskarSep, 19 2017 07:25:21 IST Also read Part I: http://www.asiaconverge.com/2017/09/should-governments-be-promoting-religion/ and Part II: http://www.asiaconverge.com/2017/09/entrepreneur-godmen-flourish-as-hindu-temple-trusts-nationalised/   Should governments manage religion? Ask...