Home Analysis A trade crisis looms for India, and how the sun and waste... 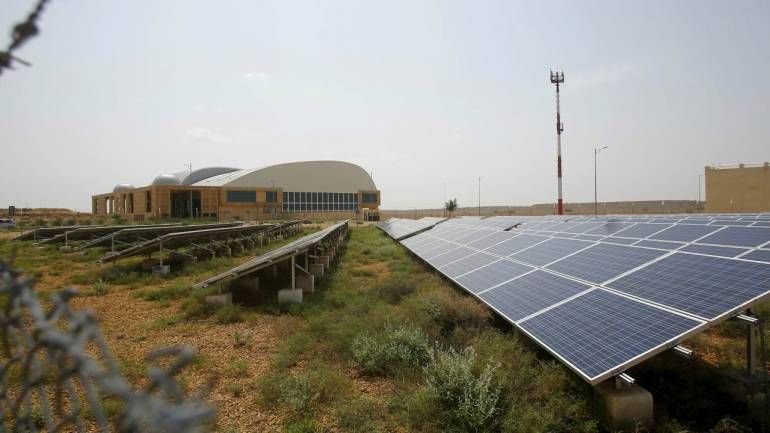 This article is an attempt to suggest how the worsening balance of payments (BoP) situation can be remedied through sun and waste.

Within the next three months a new government will try and gather the reins of power. Once again government officials will try resume work on economic issues that have been put on the back burner. Elections do that, unfortunately.  The tamasha is so compelling, that it sucks in even innocent bystanders to watch the acrobatics, and try make some sense of the events being played out.

Three issues will grip the immediate attention of policymakers.  The first will be jobs.  India needs jobs urgently.

The second will the worsening financial situation – especially when it comes to banks.  They have been buffeted by loan waivers on the one hand, and pressures to give away imprudent loans on the other. Despite the war cries against corruption, there is enough evidence to suggest that the old corrupt ways continue.  Bank managements are still being arm-twisted to bail out airlines and favoured industrialists will.

The third challenge will be to find out ways in which the worsening balance of payments (BoP) situation can be remedied.

This article is an attempt to suggest how the third objective can be achieved, and in doing so, how the first objective too could get addressed.

But a caveat is needed here.  There are many ways to cope with the looming BoP problem.  There are short term solutions, and there are long term, and more sustainable solution.  But if a solution can meet the short term requirement and also unleashes long-term benefits, that would be wonderful.  That is what this article seeks to explore.

First look at the country’s balance of payments. The author has deliberately opted to look at data offered by the last Economic Survey for two reasons.  The rupee figures given out by the government and the RBI recently could be misleading, because the INR has depreciated significantly since then.  It is better to stick to dollar denominated numbers instead.

The second reason is because the numbers show how imports have now begun growing faster than exports.  And this trend is likely to continue in the coming years.  There is a global economic slowdown that is beginning to take firmer roots than ever before. Moreover, trade barriers are being raised by countries to which India had conventionally exported substantial quantities.  This includes the US, and the EU.  India will have to refocus its attention on countries in Africa, South East Asia, as well as on Russia and China.

This is because Russia and China could enjoy synergies with India that the rest of the world may not offer.  Singapore may have a role here.  But more on that some other time. Moreover, it is these three countries that might be primarily responsible for actually causing the centre of gravity for global trade to shift to the East (http://www.asiaconverge.com/2019/02/india-russia-ties-grow-stronger/).

But India will have to adopt other strategies as well.  At a time when export growth cannot be pushed up- easily, the country will have to find ways to reduce its import bills, without sacrificing growth.  And this is where this author has been constantly pushing the case for both rooftop solar and for waste to energy.

One has only to look at the small work Scania has done in the state of Karnataka (http://www.asiaconverge.com/2014/11/waste-management-big-shitbig-money/).  It has set up small digestors in a couple of villages in that state. People in these villages are trained to run and maintain these digestors. Villagers are encouraged to sell their rotten vegetables to the digestor at Re.1 a kg.  The volumes collected produce enough methane daily to offer free cooking gas to households in the village.  This way, farmers get money even for vegetables that could not be marketed.  And their households can now cook without breathing in noxious fumes that cause respiratory ailments.

If one goes by the Economic Survey of  2016-17 (Vol 2, para 5.22, the “negative impact on the respiratory system, cardiovascular diseases, neurological effects, etc.” by just coal is tremendous.  Moreover, “the annual number of deaths linked to coal based power plants pollution is estimated to be around 115,000 and the total monetary cost is around US$ 4.6 billion.” Multiply this by a factor of 10 because of the widespread nature of burning firewood, and the economic cost to India can be appreciated.

Now take just a third of the potential for methane generation that India has through agro-waste and human and animal waste, and you then begin to realise that India could reduce its fuel import bills almost entirely.  It could generate revenues of over a quarter trillion dollars. Surplus methane could also be compressed, bottled and sold to other South East Asian and African countries. The savings on healthcare costs is a big bonus.

The sun as healer

Nothing is a better antiseptic than sunlight — that is what most people often say.  For India, the sun could spell economic health as well.  As pointed out in these columns just recently, there is no better solution for transforming India as rooftop solar (https://www.moneycontrol.com/news/trends/current-affairs-trends/comment-india-needs-to-be-more-ambitious-about-rooftop-solar-3604971.html).

What is even more interesting is that just adopting the rooftop solar power strategy could create almost 80 million jobs within a few years (http://www.moneycontrol.com/news/business/dear-pm-modi-heres-how-bureaucrats-are-planning-to-scuttle-your-rooftop-solar-employment-plans-2468501.html).  In fact, it has sometimes taken chief ministers to actually lobby with the Union power minister to let them adopt rooftop solar power in their respective states (https://www.moneycontrol.com/news/business/economy/cheap-solar-power-singes-state-electricity-boards-revenues-3682871.html).  So much for looking a gift-horse in the mouth. The myopia of the power ministry is by now legendary.

Now took at the other table. It is about the country’s principal imports.  Watch the number for petroleum, oil and lubricants.  This number is easily the biggest import bill that India has to pay.

What is amazing is that both waste to energy or methane generation and solar power can help India reduce this bill significantly.  Moreover, the scale of operations that rooftop solar will involve would easily allow India to master technologies relating to smart micro-grids  and even solar power management.  These are skills that much of South East Asia, and almost all of the African continent will be looking for.  India could begin positioning itself as an exporter of such technology besides exporting methane as well.

That would take care of two of the biggest headaches the new government will have to confront – employment and balance of payment.

But what about the poor finances of banks and the financial system.  Ah that?  Unfortunately, that has less do with strategy and more to do with the venality of India’s policymakers.  If only there were a short cut solution to integrity, and transparency.  Sigh! 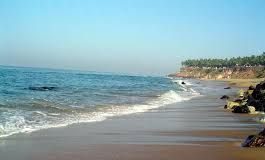 http://www.firstpost.com/business/find-out-how-indias-vastly-unexplored-7500-km-coastline-can-generate-millions-of-jobs-3170668.html India's coastline and waterways can create millions of jobs In many ways, India looked a gift-horse in the mouth for decades. And the gift was...