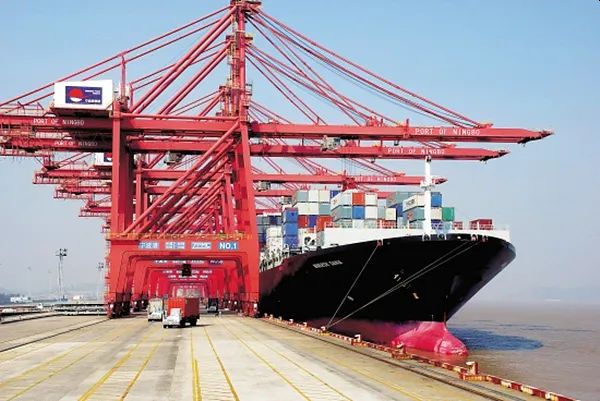 Ningbo/China: There is a constant talk about the adverse effects of the US-China trade war on the export-import. But for one of the largest ports in China, Ningbo Zhoushan Port, it is business as usual. One reason could be because the port’s largest trading partner is Europe, thus there has been a less severe impact.

A representative of the port said, “Our company has been affected slightly by what has been happening with the US. But that has not led to a decrease in business as businesses have been growing.”

The impact is only in the form of increase in tariff and the partners at the other end have foot the bill most of the time. The representative added that the Ningbo Zhoushan Port Co Ltd mostly has long-term agreements with its partners.

He went on to add that the only time the port was hit was during the 2008 crisis. Overall, the total cargo throughput of Ningbo Zhoushan Port was 1.08 billion metric tonnes in 2018.

“This port enjoys the largest throughput, making it the number one port in throughput for ten consecutive years.” In the past, the largest port used to be Singapore and then the position was taken by Shanghai and now it the title is with Ningbo Zhoushan Port, busiest port.

This naturally deep water port, with a draft of more than 20 metres, has witnessed 3 lakh dwt of ships (inward and outward). This is the only port in China that can accommodate the ships of above 1 lakh dwt in China.

By last year, Ningbo Zhoushan Port built trade channels with over 600 ports spread across 100 countries. The port which is into container business has opened 246 container shipping routes.

This port also handles liquid and dry bulk cargo ships as well. The container throughput for Ningbo Zhoushan port stood at 26.35 TEU or ton equivalent units (ranked third in the world) in 2018. “But by the end of 2019, there is some good growth expected.”

This company, listed on the stock markets, made a net profit of RMB 5 billion and expects to grow further in time to come. The entire profit came from loading and unloading business and does not include any space rental business income at all.

At present, there are a couple of railway lines that are under construction inside the port. This port is the largest transit port for iron ore and the largest transhipment base for liquid chemical products in China.

China paints a more pleasing visage for companies and investors