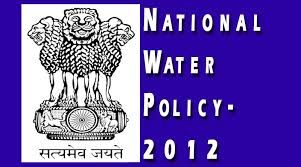 (Other articles in this series are listed below)

Big crises confront India today.  Financially, there are big problems ahead (https://www.moneycontrol.com/news/india/new-government-will-inherit-unpaid-infrastructure-bill-of-rs-12-4-lakh-crore-3937001.html).  There is tremendous anxiety on the job front (http://www.asiaconverge.com/2019/06/the-way-ahead-for-economic-growth-and-jobs/). And there is the problem of water as well (https://www.moneycontrol.com/news/india/india-could-face-a-crippling-water-crisis-in-a-decade-3996961.html).

The good things about crises in India is that that is when the government can be compelled to mend its ways. India is – after all — reactive, not proactive.  The biggest policy changes took place in India in 1990 when it was confronted with a financial crisis.  Will the crises confronting the nation compel it to mend its ways once again? That could make these days become — as Charles Dickens once remarked — the best of times; and the worst of times as well . . . . .

In fact, one major policy decision just relating to water just got taken  In Maharashtra, the water regulator decided to order stopping of the diversion of water to the politically powerful region of Baramati, Sharad Pawar’s constituency (https://www.ndtv.com/india-news/sharad-pawar-maharashtra-government-decides-to-stop-diversion-of-water-dam-to-punes-baramati-2052533).  This was not possible till now. (https://www.moneycontrol.com/news/india/water-water-everywhere-nor-any-drop-to-drink-4082681.html).  When the political lobby protested stridently, the water regulator decides (the law) in order to ensure there was equity in water consumption.

Many forget that the creation of a water regulatory authority (WRA) in Maharashtra in 2015 was the first step ever in India to pay more attention to water.  The seriousness water deserves was underscored by the current government too — just some weeks ago —  when it created, for the first time in India’s history, a separate nodal ministry dedicated to water resources (http://mowr.gov.in/). Maharashtra’s regulator remains a beacon for the rest of the country to follow. Of the six  states – the other states being Arunachal Pradesh, Uttar Pradesh, Jammu & Kashmir, Kerala and Gujarat —  that agreed to form WRAs for their respective regions (http://www.ielrc.org/content/p1204.pdf), , only Maharashtra did so. Even as recently as July 2018, all other Indian states continued to drag their feet on forming WRAs to price and regulate water (https://timesofindia.indiatimes.com/india/states-drag-feet-on-forming-water-regulatory-authorities-to-price-water/articleshow/65198255.cms).

In Maharashtra though, the water regulator has been quite active, though not always successful.  The stoppage of additional water to Baramati was the first big success that the water regulator experienced, primarily because the impending water crisis made the regulator that much more powerful and relevant.

But it has been trying.   On July 14, 2017, the Maharashtra Water Resources Regulatory Authority (MWRRA). sent a notice to the Municipal Corporation of Greater Mumbai (MCGM) asking it to explain if he had managed to control illegal withdrawing of groundwater (https://mumbaimirror.indiatimes.com/mumbai/cover-story/who-is-in-charge-of-our-groundwater/articleshow/58585301.cms) (a copy of that letter can be downloaded from here – 2017-07-24_MWRRA-Notice-to-MCGM).  There was no response to this letter, because the water tanker mafia possibly proved to be extremely powerful earning upwards of Rs.10,000 crore each year from Mumbai alone.

In January 2018, the MWRRA issued an order requiring all water to be priced henceforth, with norms on the quantity of water that could be drawn by different parties each day (see table).  The order was passed after several rounds of consultation with the parties involved.  Yet, even after the order was passed (key pages of the order can be downloaded from here – https://mwrra.org/wp-content/uploads/2018/09/BWT-Order-2018-English.pdf), the government decided to stick to the old system of charging a flat rate based on land acreage, and not on water-volume consumed.  The reason?  The state did not have as yet any mechanism to measure the volume of water consumed either from the water irrigation canals or even from the ground water reserves.

“But, we’ve succeeded in sensitising everyone about the possible tariffs for water, and the quantities that each sector could be allowed to consume,” says KP Bakshi, chairman, MWRRA.  “We have suggested that the price of water should be telescopic in nature, so that when anyone uses more water than has been allocated, then the prices would go up substantially.   We have laid down the principle that water for agriculture must be priced the lowest, while water for processed products – bottled water, carbonated drinks and liquor – should be the highest.  Since these tariffs are for a three-year period, and were meant for 2017-20, we have already begun work on revised tariffs for 2020-23.”

Analysts believe that Maharashtra could emerge as the first Indian state to price water.  They point to the MoU the state government signed with the government of South Australia in February 2018.  Much of the attention is focussed on individual independent sluice gates for each farm or industrial unit.  The sluice gates can be operated remotely and automatically shut after releasing the allocated water to that farm/unit.  Each of these units is expected to be priced under Rs.1.25 lakh, which could get subsidised by the government.

Measuring groundwater extracted will require more work.  And this is where the Israelli firms have been advising the government to place sensors underground which can measure the quantity of water pulled out.  Hopefully, as time goes by, and as cries for water become more shrill, it might become easier for the government to implement both overground and underground measuring systems.  It is only when measurement of water is possible, that the regulator can go about enforcing the pricing of water.

But Bakshi is unfazed.  He points to how his department has already gone about monitoring the enforcement of area-based water billing as well.  His department has ensured that Rs.1,200 crore of water levies have been collected during 2018-19, and how he expects this revenue mobilisation drive to continue in an effort to pave way for actual pricing of water on volume basis.

But in the meantime, using the mandate that the water regulatory act provides him (Chapter III, Section II-t), he has gone about getting all water related departments – agriculture, water resources, water conservation, drinking water supply department, industry, urban development authorities to name a few – to begin collecting all water related data relevant to them, and enter that on a web-based application in a standardised format.  The periodicity with which this data must be updated has also been specified.  The idea is to make this data become available to all concerned on a real-time-basis.  This will be the first time in India, that rain collection in gram panchayats and tehsils will get monitored and uploaded on a real time basis.

“For the first time we will begin having centralised data regarding water, whether it relates to rain, or streams and rivers, or ponds or groundwater.  It is only when we have the data on water availability, and water consumption, that water pricing and regulation will become effective,” he adds.

Since the setting up of WRAs is now inevitable across the country, almost every state government – and the centre – will be closely monitoring the success or failure of the MWRRA.  Work on water regulation has finally started, more than 70 years after Independence.  This effort should gain momentum in the coming months and years.