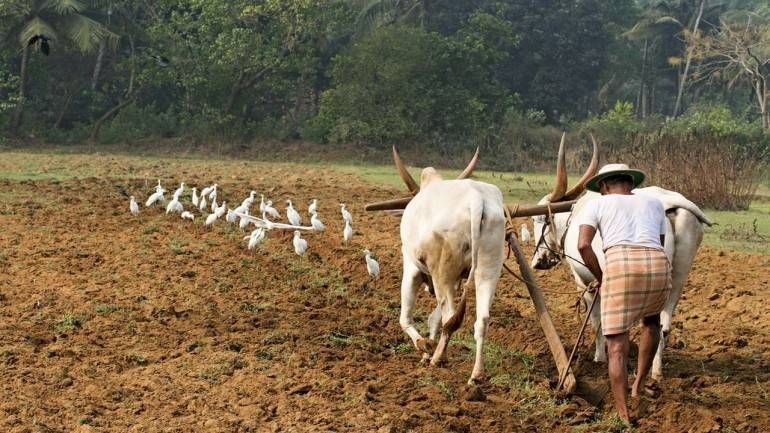 Within a few weeks, the government will unveil its financial programmes for India.  This time the budget will be watched more keenly than at most other times, because of three reasons.

First, agricultural growth is nowhere close to where it was supposed to be (http://www.asiaconverge.com/2018/12/empower-farmers-through-the-kurien-or-wdra-models/).  Farm distress is at its peak. In Maharashtra alone, 12,021 farmers have committed suicide during the past four years, and this does not include farm suicides in other states. With 50% of the population being dependent on agricultural incomes – fully or partly – farm distress has the potential to pull down consumption, which in turn is bound to pull down industry as well.  When both farm and industry face difficulties, there is an all round surge in unemployment.

Second, unemployment too – despite vehement denials for a long time prior to elections (http://www.asiaconverge.com/2019/03/past-four-years-no-unemployment/)  – is now admitted to be at a all time high during the past 45 years.  For a country which needs to create at least 12 million jobs each year to cater to a growing population, any slip up on this front has disastrous consequences.

Compounding all this is a worsening balance of payments or BoP (http://www.asiaconverge.com/2019/03/trade-crisis-looms-india-sun-waste-can-prevent/).  This too is serious because there is a global economic slowdown.  Boosting exports at such times is not easy.  This is made doubly difficult because of trade barriers that have become almost an epidemic across the world.  In order words, export growth will be almost impossible, while imports are bound to grow.  If India has to reduce the BoP, it has to look at other methods to reduce imports (http://www.asiaconverge.com/2019/03/trade-crisis-looms-india-sun-waste-can-prevent/). At least two solutions – rooftop solar and waste to energy – have their maximum need and benefit in rural areas. They have the potential to both create jobs and reduce the BoP (http://www.asiaconverge.com/2019/06/the-way-ahead-for-economic-growth-and-jobs/).

Clearly, almost every economy watcher will be looking for signs in the Union Budget that indicate that the government is focusing on these problems.

And this is where agriculture remains  a key factor in the government’s planning.  Both for economic growth, and for political spinoffs.

First, it must be understood that the fastest way to economic growth is through investments in the rural sector (see table).  Apparels, leather, textiles and food processing promise to create more jobs per lakh rupees of investment than do automobiles and steel.  Clearly, if India needs to create jobs, it must look at investment in farm related businesses.  It is worth remembering that apparels depend on cotton, a farm produce.  Lether depends on cattle and other animals, against a farm produce.  And food processing is a inevitable value addition for all farm produce.

Of these, senseless government policies have already hurt the leather trade very badly (http://www.asiaconverge.com/2017/06/why-the-cattle-slaughter-ban-is-a-bad-idea-mirrors-another-fundamentalist-streak/).  Will the budget give sops for creating more abattoirs? It may be politically unwise, but you cannot have a country losing its employment intensive industries because of senseless shrill and intemperate cries  against cattle slaughter.  There is something wrong about a country where the police is called upon for forensic examination of animal meat even while human carcasses lie waiting  in poorly equipped morgues awaiting forensic examination.

It is quite possible that the government will begin looking closely at ways to augment farm income.  The Rs.6,000 dole per family is pathetically inadequate – especially when farmers get barely 10% of the market price of farm produce (e4xcepting some protected crops).  That farm incomes are terribly low has already been well documented by organisations like Nabard (http://www.asiaconverge.com/2018/08/rural-incomes-worse-previously-imagined/). If the farmer has to get a higher share of the market price, merel doubling of farm incomes will not do.  He needs to get at least 50% of the market price, as Verghese Kurien, the man behind the milk revolution and the Amul brand constantly reiterated (http://www.asiaconverge.com/2018/12/empower-farmers-through-the-kurien-or-wdra-models/). Kurien ensured that milk producers finally got 80% of the market price. So will the Union budget tax exploitative APMCs (Agricultural Produce Market Committees)? Or will it provide taxation sops to Farmer Producer Organisations (FPOs) which is the closest structure resembling Kurien’s cooperative movement, albeit with a corporate structure.  It may be recalled that Nabard has already set up a Producer Organisations Development Fund (PODF).  This is to support and finance Producer Organisations (Pos) and Primary Agriculture Credit Societies (PACS)to operate as multi service centres.  Will the budget enhance the corpus of the PODF?

In this context it is also worth pointing out that there is an urgent need to create agricultural warehouses, linked to commodity exchanges.  This is something that the WDRA (Warehousing Development & Regulation Act) was supposed to do (http://www.asiaconverge.com/2017/08/is-wdra-a-functioning-organisation/).  Will the budget provide incentives for WDRA related activities?

Will the budget similarly create financial incentives for both states and corporates who invest in watershed development?  This activity is likely to assume immense importance in India which is likely to see major water crisis ridden years in the next decade or more (http://www.asiaconverge.com/2019/06/crisis-helps-review-water-policies/)?  That is another activity Nabard has begun looking at very closely.  It is already working with 37 companies who have agreed to put in their CSR funds with a matching contribution from Nabard for watershed development.  As of March 2018, Nabard had already sanctioned 442 watershed projects. This will be a crying need for a country parched for water.

As of now, most irrigation plans for many states have failed – see table – either because of corruption, or because of vested interests, or poor planning of a combination of all three. As the story of Madhya Pradesh’s farming (http://www.asiaconverge.com/2018/05/madhya-pradesh-agriculture-can-go-a-long-way-still/) provides ample proof that properly administered investment in irrigation can produce huge dividends for rural prosperity.  That is a lesson Maharashtra has yet to learn.

If the budget promotes schemes that galvanises wealth generation in rural areas through rooftop solar, decentralised cluster development through private entrepreneurs (http://www.asiaconverge.com/2019/04/solar-power-shining-sun-fading-promises/), the Indian economy could get revived. If the budget helps  create jobs for agriculture-related sectors, if it provides investment incentives for agriculture related development, there is a chance that India could be kickstarted into economic growth, even though sputteringly in the initial months.  There is a lot that can be done. But the need to generate rural wealth is crucial.

The budget will tell if the government has the plans to move ahead with a clear head.

Which way will the energy prices go?

Source: http://www.moneycontrol.com/news/business/economy/which-way-will-the-energy-prices-go-2486151.html Solar and wind could be the new energy sources Over the past five years, all energy costs have been subject to two unanticipated headwinds....