Home Analysis India’s water scarcity is a confirmed myth, and why govts propagate it 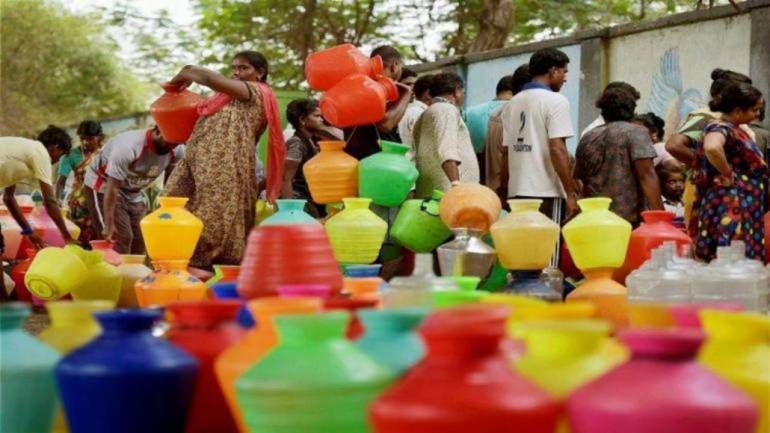 Other articles in this series are listed below

Water scarcity is a myth India loves to propagate

The myth of water scarcity in India was shattered a few weeks ago, when the Central Water Commission (CWC) finally released a report that was kept under wraps for some time (Reassessment of water available in India using space inputs; Basin Planning & Management organisation, Central Water Commission, New Delhi, October, 2017; http://www.indiaenvironmentportal.org.in/files/file/Reassessment%20of%20Water%20Availability%20-Main%20Report.pdf).

It was jointly brought out by the CWC and ISRO (Indian Space Research Organisation) which began using detailed space imaging techniques over a 30-year period.  On the basis of this finding, they have re-assessed the water availability in the six major (actually all the 28) river basins of India.  This study effectively covers the whole country except a few islands in the Lakshaweep and Andaman & Nicobar regions.

The study was submitted to the government in October 2017 but was released only a couple of weeks ago.  It shows that India may be stressed for water, but it does not suffer from water scarcity. The findings corroborate to some extent an earlier report in this series (https://www.moneycontrol.com/news/world/water-usage-lessons-india-should-learn-from-china-4026441.html) which pointed out that India is blessed with the largest amount of water (in terms of water as a percentage of land mass) compared to most other Asian countries.  What India has done over the past several decades – government after successive government – is to look at this gift horse in the mouth.  It has allowed water to be misused and even abused.

There is adequate water

The recently released report confirms the estimates that had been made by the CWC all along – but like most other reports, these too were seriously disputed by the Niti Aayog (and even the Planning Commission).  It would appear that stories about water scarcity could spawn several water related businesses (including desalination which we shall cover later) that would suit several vested interests.  Incidentally, it may be noted that even though the key report is now out in public domain, the working papers of each river basin have not yet been released, even though they have been prepared.

First let us look at the broad water availability in the river basis (see chart 1).   As the report itself points out, “There are variations in water availability in individual basins, but overall change being only an increase of 42.97 BCM (or billion cubic metres – each cubic metre has 1,000 litres). However, if contribution of Teesta Basin (22.93 BCM) is added to the 1993 study, the difference between the two studies is reduced to 20.04 BCM only. Therefore, it may be concluded that the present study corroborates the 1993 study. However, since the present study is based on the most advanced methodology, it generates more confidence in the results achieved.”

Broadly, India has six well-defined river systems.  A river basin, also called catchment area of the river, is from where the rain will flow into that particular river. The shape and size of the river basin is determined by the topography. The six are

What makes the report most relevant is that it looks at India’s growing population, and recognises that the sheer numbers may result in water stress, but not water scarcity (see chart 2).

It also recognises the fact that as people become more affluent, their dependence on cereals will decline, and their need for more nutrition is bound to increase.  Yet, in spite of this awareness, successive governments have pandered to the wheat and rice growing farmers (who also happen to be politically well-connected).  Add to this two other crops which are politically favoured – sugarcane and cotton.  Interestingly, these four crops are one ones that enjoy a profit margin of 50% on market (or procurement) prices (http://www.asiaconverge.com/2019/07/contract-farming-crucial-for-farm-security-and-wealth/).  It could be said that these are also the crops that cause the water stress to become more severe.

In the case of sugar, they use up water, and the surplus sugar is sold overseas at a discount, thus hurting the country doubly.  Ditto with rice and wheat.  The surplus is sold at a discount to markets overseas.

What India should do

This does not mean that there are no pockets of water scarcity.  It means that the water scarcity is a result of government policy, not because of nature or the paucity of rains.  It means that the 12,021 farmers who committed suicide in Maharashtra (add to this numbers of such suicides in other afflicted states) were compelled to end their lives because of self-seeking, politically inspired cropping and water distribution policies.  In other words, India’s legislators and bureaucrats have abetted the suicides.  Nothing more.  Nothing less.

So, what should India do?  The obvious, of course – though that often eludes the sagacity of our law makers.  It must devise water pricing patterns that make the growing of certain crops less remunerative and focus on those that offer more nutrition.  It must look at new technologies like hydroponics which allow farmers to double or quadruple their yield even by using barely 10-20% of the water (https://www.moneycontrol.com/news/business/economy/comment-why-hydroponics-could-be-the-future-of-farming-2630781.html).

But, most importantly, if India has to ensure that there is better water availability, it must focus on more piped water and canal systems.  Only that will allow three problems to get addressed.

One is water theft remember the tanker mafia (https://www.moneycontrol.com/news/eye-on-india/videos/tanker-mafia-earning-rs-8000-10000-crore-annually-from-water-biz-in-mumbai-4057001.html).

The second is water measurement (https://www.moneycontrol.com/news/business/crisis-alone-can-make-water-policies-change-4122021.html). Piped water allows for measurement of water consumed.  This must be followed by enforcement of measurement of ground water as well.

The third is evaporation.  Open canals and lakes allow for a lot of evaporation.  Better systems need to be put in place reduce evaporation (floating solar could be one way — https://www.moneycontrol.com/news/business/comment-floating-solar-set-to-make-a-splash-2560037.html).

India will also have to focus on water water-management and water recycling, in addition to water harvesting (http://www.asiaconverge.com/2019/06/climate-change-depleting-reservoirs-and-the-blindness-to-water-treatment-and-recycling/). It must learn to penalise water polluters as harshly as any anti-national crime.

And finally, it must learn from the good work being done by some players – more on this later.  These companies can generate for the government the minimum benchmarks about the kind of pollutants that each product tends to create, and the cost involved in treating this effluent.  If the company cannot account for the quantity of effluent generated, it would mean that the effluent is being concealed, or clandestinely disposed off in a dangerous way.  It is by using these benchmarks that the government can come out with better policies relating to polluter pays, and compel them to adopt good effluent treatment solutions (more on this too later).

https://www.moneycontrol.com/news/business/economy/opinion-india-consolidates-its-position-in-outsourcing-business-3237771.html India is the world's #1 in the outsourcing business In order to ensure that US immigration rules do not blunt the growth of this industry,...