Home Analysis Desalination: it is a big money game baby! 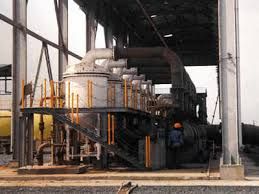 Water series #12 — Other articles in this series are given below

Desalination is too expensive, and too ruinous for India

How big is desalination in India?  That is hard to tell because one is confronted with two different sets of numbers.

One source is a document prepared by the government of Gujarat brochure of 2017 inviting investors to build desalination plants in Bhavnagar and Mundra  (http://www.indextb.com/documents/Desalination-Plant-at-Bhgavnagar-Mundra-in-Gujarat-on-PPP.pdf) .  It gives out data which many industry players believe is quite credible.  Of course, it must be admitted that ever since the preparation of this document, the ambitions of the state government have grown.  The present chief minister talks about his state setting up 10 desalination plants (https://www.business-standard.com/article/pti-stories/gujarat-to-set-up-10-sea-water-desalination-plants-rupani-118051200713_1.html). Another good source is the Indian Desalination Association (http://indaindia.org.in/intro_desalination-1.html).  According to the latter, there could be more than 1,000 membrane based desalination plants  (the more popular technology) of various capacities ranging from 20 m3/day to 10,000 m3/day.

However, the government document does confirm that membrane based desalination plants are more popular – around 85% of the plants use this technology which is known to be 23% cheaper than the use of thermal technology. This document also talks about how many big players in India have been eyeing this sector – some names include  Nirma, Gujarat Heavy Chemicals Ltd, and Indian Rayon  — to meet their captive requirement for water. .

But why should companies opt for desal water? Simple. Desal water is cheaper than the water provided by the state for chemical process industries.  True, desal water is much more expensive than the natural water states get from aquifers, lakes and rain water that is stored.  But it is much cheaper than the exorbitant price tags state governments like to put on water for business or industrial use, hoping to use the additional money to cross-subsidise free water to votebanks.

In Mumbai, for instance, while the cost of fresh water supplied through pipes is just under 0.8 paise a litre, the price the government wants industry to pay the state charges industries is around Rs.4.8  per cubic metre (1,000 litres) for normal processing industries, but Rs.120 per cubic metre for industries where water itself is a raw material (bottled water, carbonated drinks etc) and for chemical industries (https://www.moneycontrol.com/news/business/crisis-alone-can-make-water-policies-change-4122021.html).  The latter comes to around 12 paise per litre.

This is significantly higher than cost of desal water (inclusive of interest and depreciation, but without including the cost of environmental damage and loss to sea life).

So, how much does desal water cost?

In July 2010 desalination cost around $1 per cubic metre (https://www.dnaindia.com/business/interview-israel-s-micro-irrigation-king-seeks-crown-in-india-1411575). And given the exchange rate of Rs.50 per US dollar then, the cost was 5 paise per litre.  But even then Igal Aisenberg, then ceo and president of Netafim, the world’s largest micro irrigation company did mention how “newer technologies have permitted this cost to come to under half-a-dollar per cubic metre.  We believe that these costs will go down further.”

This is confirmed by a recent (March 8, 2019) report by Bloomberg (https://www.bloomberg.com/news/articles/2019-03-07/why-making-seawater-drinkable-doesn-t-thrill-everyone-quicktake?cmpid=BBD030819_BIZ&utm_medium=email&utm_source=newsletter&utm_term=190308&) that the cost of producing one cubic metre of treated water could be around 50 cents.  At today’s exchange rate (Rs.70=$1), that would come to around 3.5 paise per litre.

A hint of corruption

And this is where one begins to suspect that the hype over desalination could have a lot to do with money.  Two factors point in that direction. First, there is a lot of money involved in setting up projects for state and central governments.  The Gujarat government estimates the costs to be around Rs.387 crore for a 100 MLD (million litres a day) membrane based plant  (and this is after capitalisation of five years of working capital requirement). True, there is a caveat that plat costs could vary, there has to be some excellent justification for the varying costs.

Yet, many of the desalination plants set up by private players for governments (they are invariably set up by private players in India) have a higher price tag.  For instance, the price at which Essel Infraprojects wants to set up a 100 mld desalination plant in Gujarat is expected to cost double this sum – Rs. 700 crore (https://www.thehindubusinessline.com/news/national/essel-projects-to-set-up-rs-700-cr-desalination-plant-in-gujarat/article25530860.ece).  Or consider Tamil Nadu’s plans to set up  two desalination plants at Nemmelli and Minjur, each of 100 MLD capacity, another 400 MLD capacity plant is being set up at Perur (https://timesofindia.indiatimes.com/city/chennai/third-desal-plant-to-come-up-in-2-years-add-150-mld/articleshow/69640987.cms).  These plants too are at significantly higher costs.  According to one media report, each 10 MLD desalination plant in “would cost around ₹140 crore. The three plants will cost over ₹420 crore”.

And the price at which Tamil Nadu procures desalinated water is well over 10 paise a litre compared to the cost of 3.5 to 5 paise a litre.  A five paise difference translates into Rs.50 lakh a day for a 100 MLD plant.  That translates into Rs.182 crore each year for each 100 MLD plant.  As the procurement prices increase, the numbers grow uncomfortably larger too.  When multiplied into the number of plants, the sums could be scandalous

Significantly, the Niti Aayog proposal mentions neither normative capital costs nor normative pricing for desal water.  As a think tank it should have done that as well.

As had been pointed out by Madhav Gadgil in his report on environment in the Western Ghats of India (https://www.researchgate.net/publication/325114270_PROTECTION_OF_WESTERN_GHATS_AND_GADGIL_REPORT), there are times when unscrupulous industrialists try to conceal  effluent discharge by pumping it into the ground.  There are instances of the Central Pollution Control Board (CPCB) and its state affiliates actually ignoring enforcement of a zero discharge policy for all highly polluting companies (https://www.moneycontrol.com/news/business/economy/mission-paani-authorities-slip-up-badly-on-waste-management-even-water-harvesting-4204031.html).  Niti Aayog should have put up a note on how to strengthen monitoring mechanisms – even using third party inspections by reputed global organisations like the SGS((https://www.sgs.com/).  That would have given India more water than all the proposed desalination plants.

Instead of doing this, it is sad to see a body like Niti Aayog actually advocating a disastrous policy of putting up desalination plants along the country’s coastline. Such a move will destroy environment, livelihoods of fisherfolk, and burden India with a huge import cost. It will divert the attention of policymakers away from the actual things that need to be done.

The sooner such a recommendation is scrapped, the better.

Duties, taxes, corruption: How the government abets the smuggling of gold

Source: http://www.moneycontrol.com/news/business/economy/duties-taxes-corruption-how-the-government-abets-the-smuggling-of-gold-2324877.html Gold - II Part I can be found at http://www.asiaconverge.com/2017/07/india-loves-gold1/ Part III can be found at http://www.asiaconverge.com/2017/07/can-the-govt-clean-up-the-gold-trade/ Smuggling, corruption and poor low credibility afflict this industry RN...